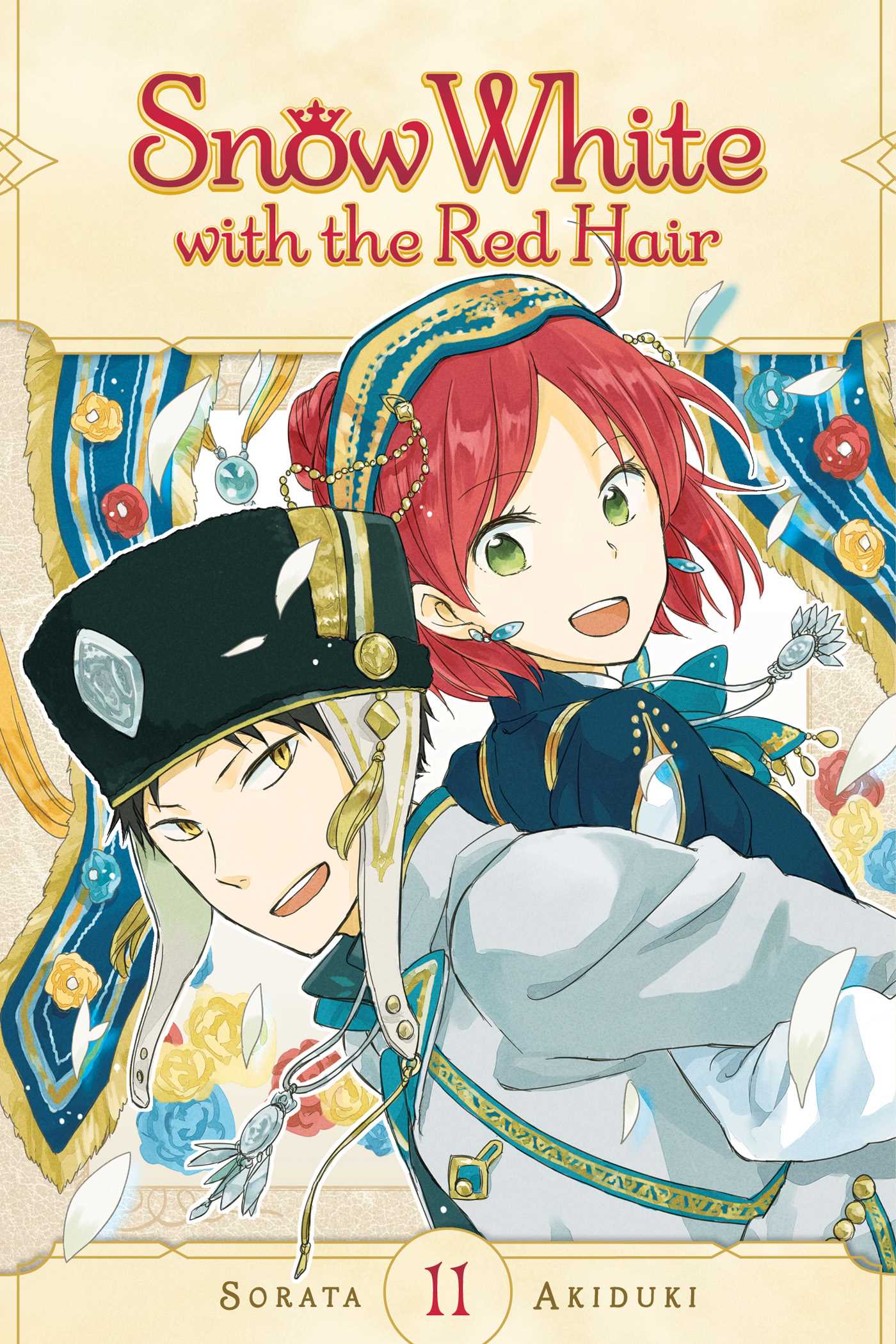 Snow White with the Red Hair, Vol. 11 by Sorata Akiduki
My rating: 4 of 5 stars

Yuzuri, Suzu and Kirito travel all the way from Lilias to visit Shirayuki and friends, resulting in a delightful reunion—until things take a turn! Meanwhile, Izana pressures Zen to hold a banquet to seek out potential brides, but Zen has another idea in mind.

The book starts with their friends from Lilias – Yuzuri, Suzu and Kirito visiting the palace and the herbalists all sitting down to make a delicious tea to soothe Garak’s odd mood. Seeing the trio again was a delight, even if it has only been a book; mainly because I love the idea of Ryuu having a friend his age, and because Yuzuri has the cutest outfits (Suzu needs to make an effort, though).

The main story, though, was about Izana spurring his younger brother to further action by giving him a list of nobles who have put forth their daughters for Zen’s consideration. As Izana already knows about Shirayuki, this could be considered a slightly mean game on his part to make his brother move with a public declaration of his intentions. First, though, to stall for some time, he has to at least show that he is considering marriage, which means fake dating time! Fortunately, Kiki was on the list of candidates, so Zen could just have a ‘date’ with her in the palace to keep people at bay, while he awaits his brother’s approval to give Shirayuki space in the royal quarters.

Shirayuki accepts the new place, and since Izana insisted, all of the aides get rooms, too, which means, yep, the four of them are sharing a wing in the royal quarters. Like me, the Zenyuki fan guards were thrilled (aw, I like those two!). I was hoping for sleepovers but we only get awkward shirtless Mitsuhide and Obi. But the real test comes the next day, when Shirayuki has to deal with a crude remark made by a lord when she goes to visit Zen at work; and my, how she deflects it well! I knew she would handle herself but part of me was nervous about the nobles eyeing her; she already was in danger once so, you know, valid concerns even for a fluffy romance manga like this.

Anwyay, we get to see them being domestic – cooking food, all of them eating together and stuff. Now I am just waiting for Kiki to propose. Girl, don’t keep us waiting!!! Next volume: coronation!

One thought on “ARC Review: Snow White with the Red Hair, Vol. 11 by Sorata Akiduki”