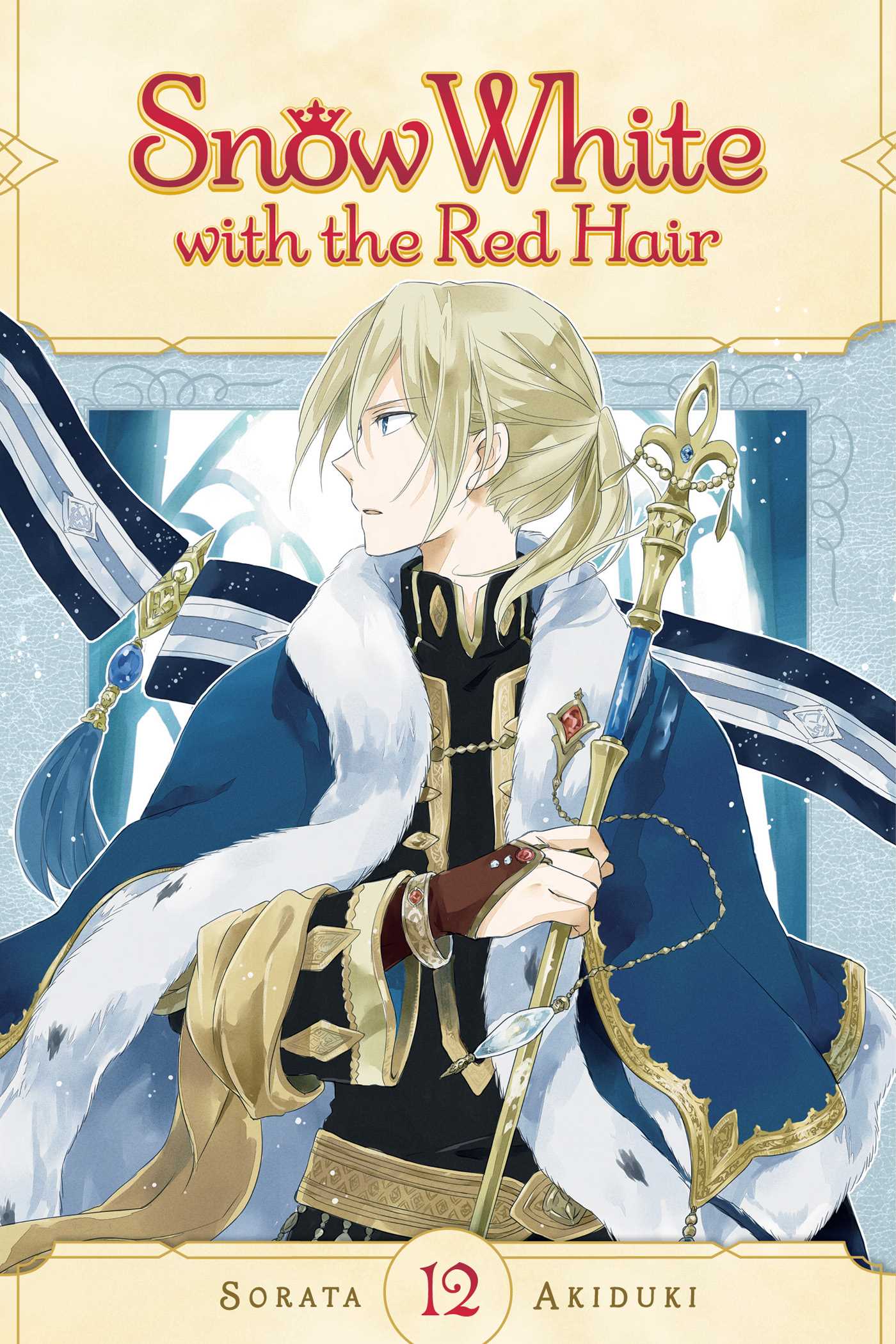 Snow White with the Red Hair, Vol. 12 by Sorata Akiduki
My rating: 4 of 5 stars

As news of Izana’s impending coronation spreads, people from all over travel to the capital city of Wistal. During the preparations, Zen asks Shirayuki to play host to Prince Raj of Tanbarun, sending shock waves through the palace. To think that a common court herbalist would be entrusted with such a task! But that’s not the only change coronation day brings.

This series once again brings about a major twist with this book. With Izana’s coronation, there is a lot of excitement at the palace. I was mostly excited because we finally get to see the Queen. It did make me question what it everyone’s ages, though, because her design makes her look like 25 and I am still wondering how old is Izana himself. There are some clues as to Izana’s age, with some flashbacks about Zen’s childhood, when their father died, and when Izana had to step up and take up duties alongside his mother because she was overworked. The relationships in the royal family, at least from Zen’s side seems very formal, though, even though she greets them warmly.

Shirayuki, by the way, in recognition of her title as Tanbarun’s royal friend, is given the duty of playing host to Raj, which means she can also be his plus-one to the coronation. Their relationship has come so far, considering where it started. Then we have the actual coronation, where Zen has the important role of being the one to crown Izana. Visually, it is a treat, with new beautiful outfits on display – for all of them. We also get some hints into Izana’s life, as he seems to give Haki (the Head of the LIlias Academic Distict) some importance at the coronation; I wondered if it is a subtle hint about them dating, and then he does ask her preference when she remarks on his hairstyle which made me think they are. It also makes her comments to Shirayuki, regarding the brothers, in the Lilias arc more insightful.

After coronation, as things are getting more hectic in the palace with everyone resuming duties and stuff, and Zen getting a bigger workload, Izana drops a new shocker into the reader’s laps. I won’t say because spoilers, but really dude, so soon???

Side note: Shirayki blushing when she sees Kiki in her military uniform? Girl, same.

One thought on “ARC Review: Snow White with the Red Hair, Vol. 12 by Sorata Akiduki”