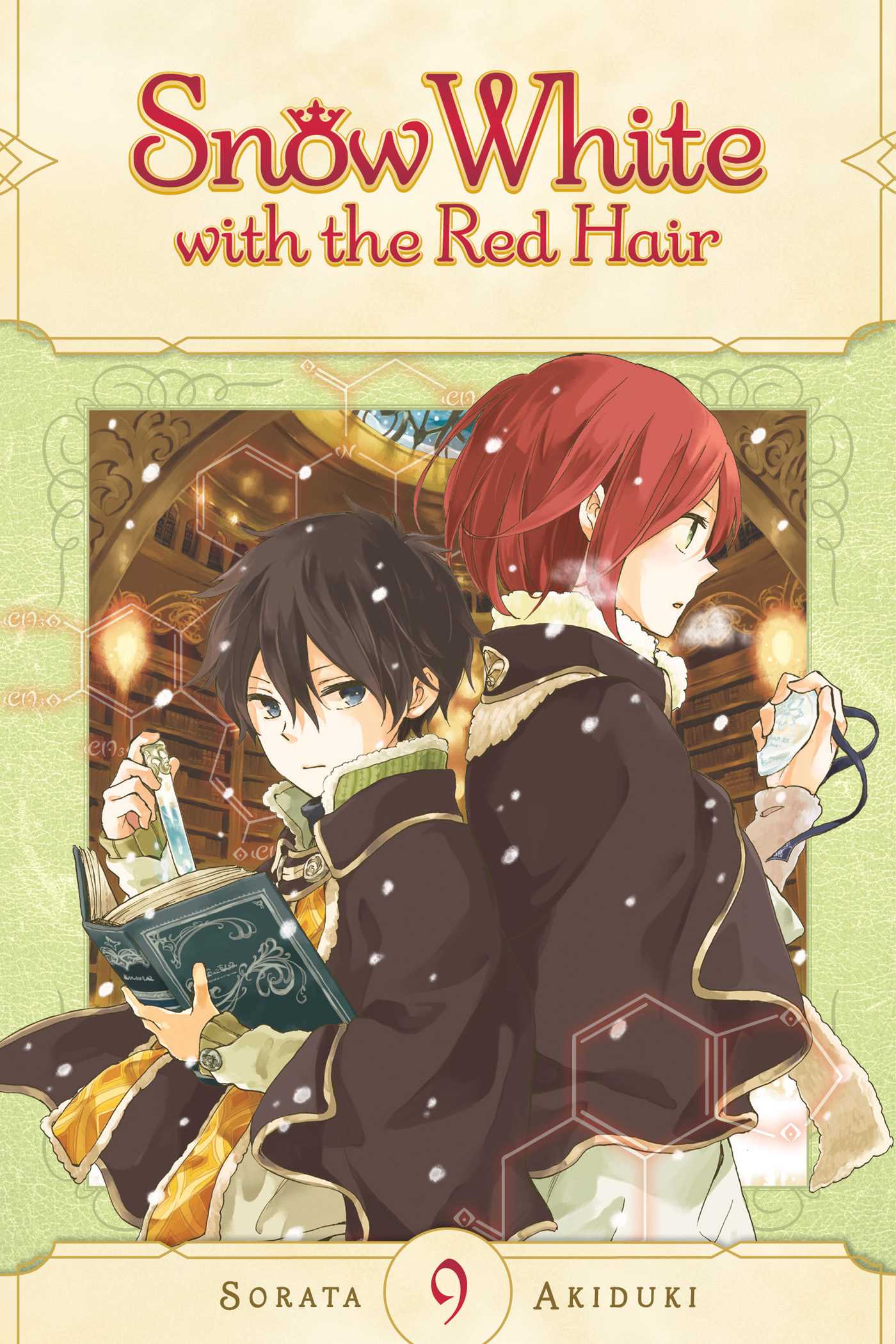 Snow White with the Red Hair, Vol. 9 by Sorata Akiduki
My rating: 4 of 5 stars

Shortly after Shirayuki and Ryu’s arrival in Lilias, a mysterious ailment breaks out. Now the two herbalists find themselves in a race against time to uncover the cause of the illness and find a cure before it spreads throughout the city. And what will Zen and friends do when they catch word of this outbreak while on their way to Wirant?

With a mysterious new disease spreading in Lilias, where Shirayuki, Ryuu and Prince Izana are currently at, Shirayuki has a new crisis at hand. With not much to go on with respect to the cause and cure of the disease, and Lilias being a major checkpoint for travel, they spur to action and shut it down. Izana gets to see Shirayuki in action, but more importantly, he gets to see how uninterested she is in power through this interaction. As Shirayuki and Ryuu rush to find the solution within the library as Ryuu recalls Garak having once told him of something similar, Suzu and Yuzuri, two other academics help them in their search. When they find a book with clues but whose ink has been faded, they have to pool together their knowledge of herbs and inks to figure it out. Zen leaves Obi to protect her, which helps because later she has to go search for the source of the disease – a pool of shimmering water whose mist is said to have caused it, and a seed that is the source of the toxin. This volume is quite fast-paced and them competently handling a crisis was a thing to watch! Izana’s estimation of Zen, Shirayuki and Obi rises, too, which is an additional win! Side note: Shidan having a crush on Garak was amusing!