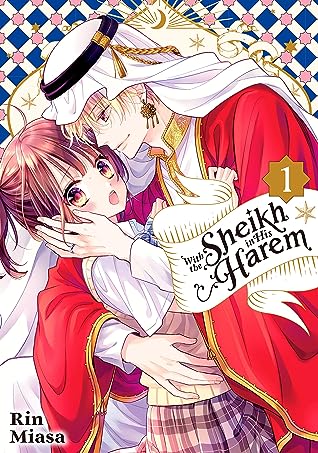 Sanagi loves nothing more than money—not even love. After all, it’s what keeps her small family going. But when a chance encounter with a stranger leads her to push away his offer of riches, she wonders if she’s gone crazy…and starts to believe she really has when he reveals that he’s a Sheikh, and proposes to her! She rejects him, but soon finds out that a marriage with him might be the only way to keep her family safe…!

Sanagi Yoshino knows how important money is. She is a dedicated worker during off time from school trying to support the financial turmoil her family has been left in ever since her father business collapse and her mother died. One day during work, she is offered to help a stranger to escape the hotel she works in only to reveal he was planning to take his own life. Sanagi rush in, prevents it and before we know it a day afterword this mysterious man appears again, proclaim to be a Sheikh from a prosper land and desires her to be his wife. I think you know this plot is pretty typical for a shojo manga. A 101 class routine if you will, girl/boy saves despairing love interest and in return they are infatuated with them and solves all their life problems. Which Lui, the love interest does. He seems all too perfect, but not without an edge to him and folly, and he is not the real king in line for the throne which was a nice change I appreciate but his brother is. Also you can tell Rin Miasa took immense inspiration from the Arabian culture for her fictional country which isn’t far fetch considering that there our some Muslim originating in the South and East of Asia. It is pretty fast foreword guilty pleasure read and I don’t mind continuing this series because I love reading something fluffy as this. I really am excited for the next volume!

One thought on “ARC Review: With the Sheikh in His Harem Vol 1 by Rin Miasa”