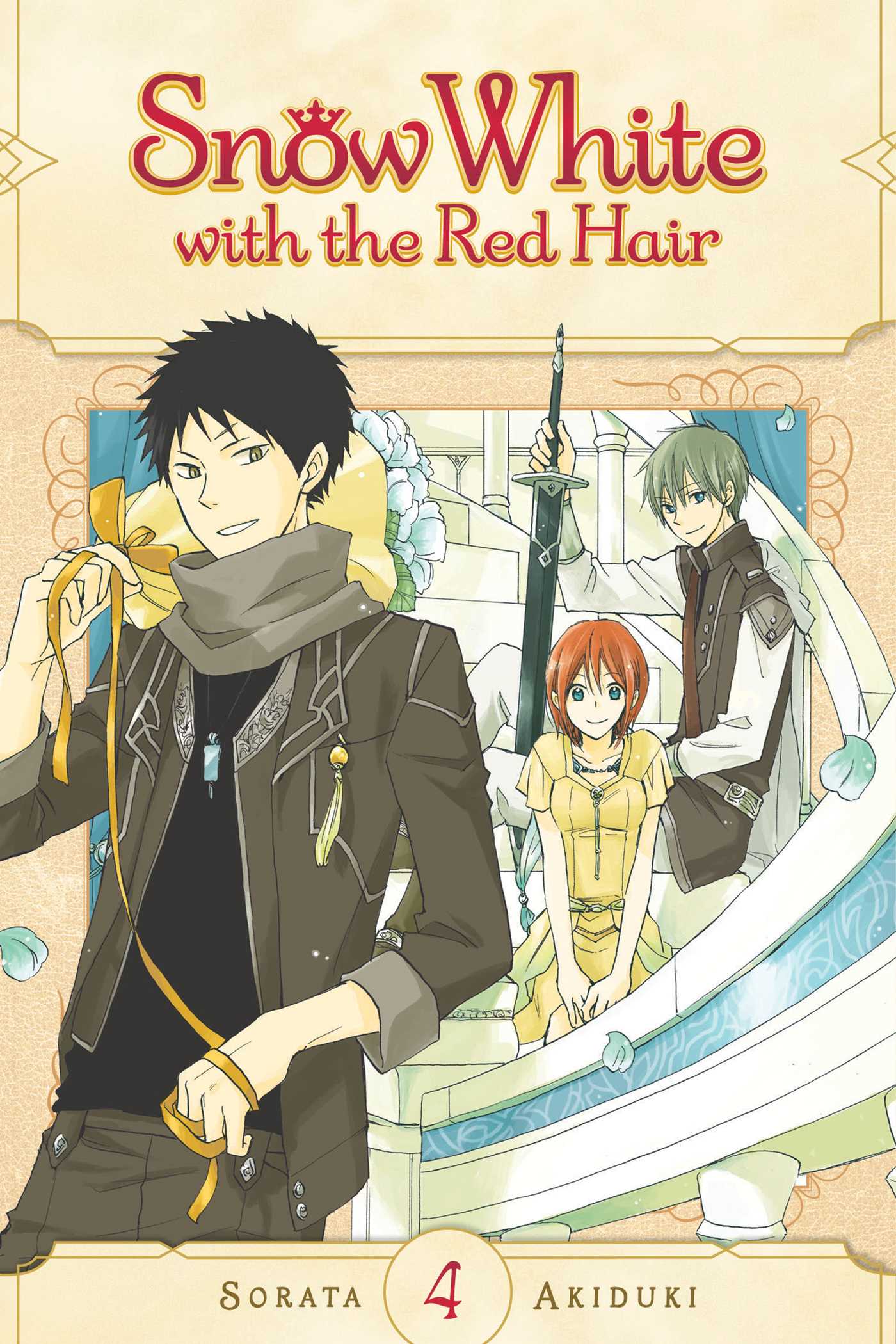 Snow White with the Red Hair, Vol. 4 by Sorata Akizuki
My rating: 4 of 5 stars

Shirayuki is determined to help Kiharu and her bird Popo prove their necessity to the kingdom. She even goes so far as to risk her life to see Popo home! When she succeeds, Zen kisses Shirayuki for the first time! Now she can’t get that kiss out of her head. Will she be able to keep her cool around the man she’s falling for?

This volume had three plot arcs – the continuation of the bird arc from the last one, a flashback to Mitsuhide’s past, and the romance between Zen and Shirayuki. With the tension from the last volume about the nobleman who wanted to sabotage Shirayuki’s and Kiharu’s attempts to establish a use for the native birds of the latter’s region spilling over this one, we get a nice conclusion to it. Then there’s also that Zen’s kiss prompts a further advancement in their relationship – at first, Shirayuki is flustered and nervous (not to mention that her position at his side as his friend was already questioned) but they have a nice conversation about their feelings (honestly this manga is so good about the romance – so soft and gentle, and still you ship it with a fierceness). There maaaay be an addition in the form of a love triangle (look, I love the dynamic that Obi would add to this, okay?) but it’s cute either way to be honest. And finally, Mitsuhide’s flashback gives so much insight (as well as finally giving us their ages) into the relationship between the brothers, the court politics (and also why Izana is like THAT) and Zen’s own personal struggles with friendships and trust. Overall, this volume had a lot going for it, and it did so well with those plot arcs!