All the challenges for the year 2017

Official sign up posts for these readathons below here.

January’s book of the month

Progress: 0/52 past due galleys

Read a book that starts with each letter of the alphabet

Order of the Phoenix

Expelled from Hogwarts:A character gets kicked out of somewhere
Umbridge/detention:A villain you love to hate
Dumbledore’s Army:A book about a revolution
Occlumency lessons:A character trains to defend him/herself
O.W.L.s:A character has to take an important test
Prophecy/Department of Mysteries:A book with a prophecy

Borgin and Burkes:A book with a creepy shop/store
Potions:A book with a character who cheats
Pensieve:A book featuring flashbacks/memories
Felix Felicis:A book about luck
Locket/horcrux:A book with an item that seems like one thing, but is another
Dumbledore:A book with a heartbreaking death 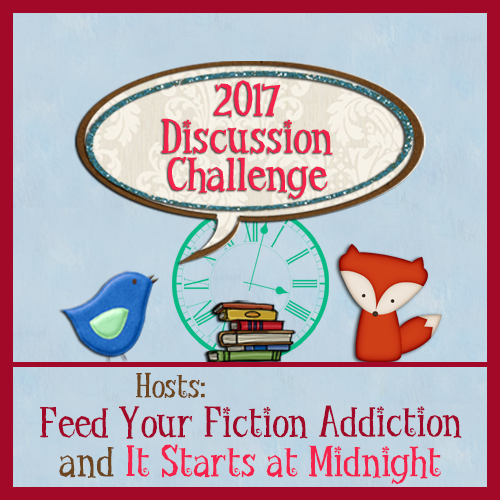 [Okay, not a reading challenge per se, but a blogging one – one post per month]

JUN- Without, Know, Good, Watch, One, Have

AUG- Sun, Infinite, Big, My, Wherever, Most

SEP- Sand, From, Between, Ever, Reasons, Clash

DEC- Forget, Twilight, Only, Crystal, On, Will