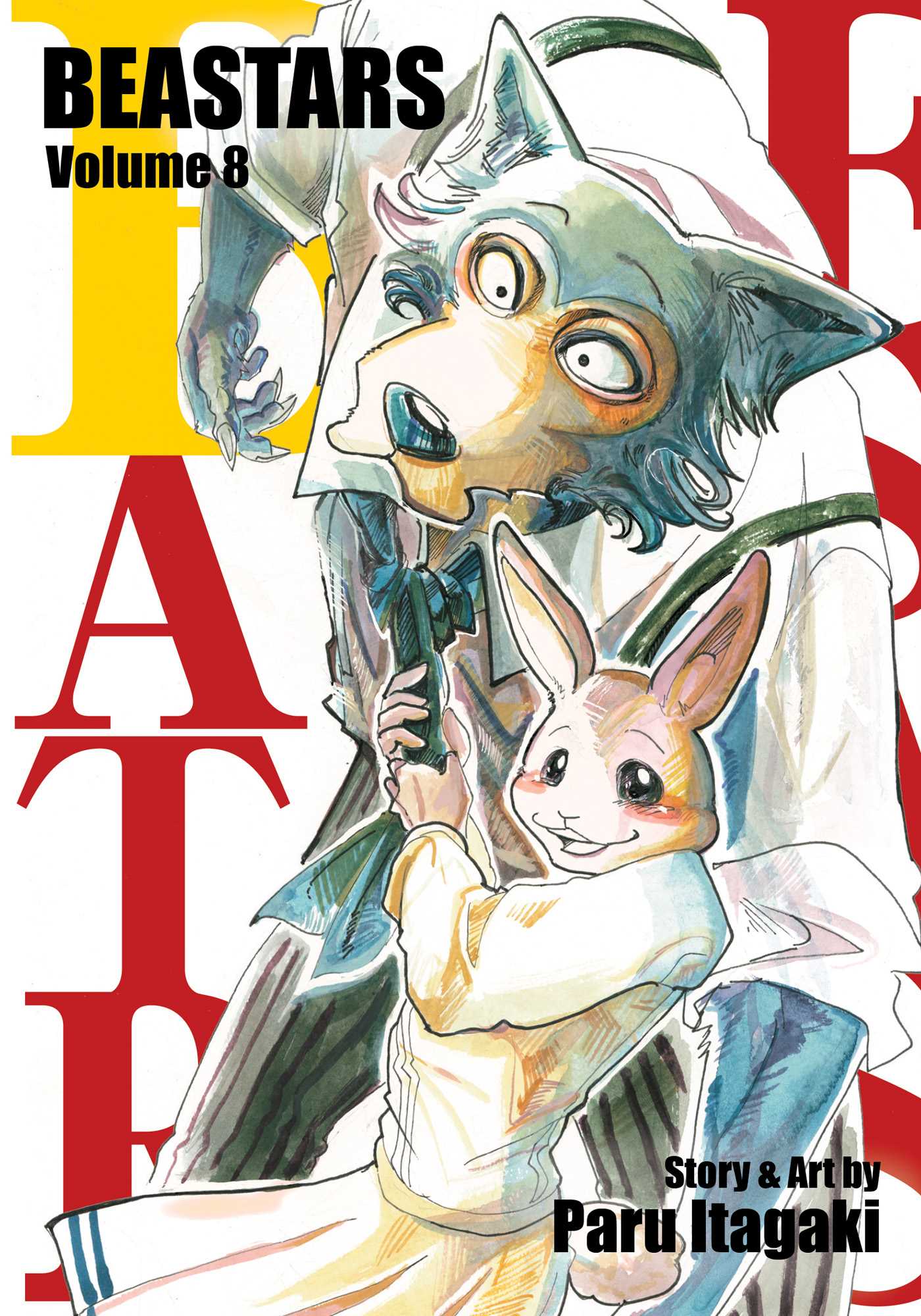 At a high school where the students are literally divided into predators and prey, friendships maintain the fragile peace. Who among them will become a Beastar-a hero destined to lead in a society naturally rife with mistrust?

Gray wolf Legoshi begins training with giant panda Gohin in order to better protect his friends, but he faces an ethical paradox when he is told he must eat meat to grow more powerful. Meanwhile, herbivore red deer Louis is choking down the flesh of beasts to maintain his status as the leader of a carnivorous lion gang. Yet when he runs into Legoshi carrying a bag of meat, Louis feels betrayed. Legoshi continues to train, becoming more powerful in some ways yet weaker in others—and then his grades begin to drop. Even worse, dwarf rabbit Haru is mad at him!

Legoshi starts to train with Gohin, who wants him to continue his life as a student as a condition for his training. So Legoshi has to juggle a double life, where he has to go to school during the daytime, then train from evening to morning, and basically get no sleep, which is already taxing our poor wolf boy, but then he is also training himself to resist meat altogether, which even Gohin finds practically impossible for him. Meanwhile, on the other side of the black market, Louis, the new head of Shishigumi, is cementing the respect of the lions under him by feasting on meat, but since he literally can’t eat it, and there isn’t exactly a vegetarian option here, he is also suffering a bit. Louis seems to be playing the long game here, because as of now, he is going along with the agenda of Shishigumi, legitimizing them in the eyes of the people of the black market.

Louis also threatens his father to sign off on him leaving school, which brings a tense moment between father and son; the distance between them in thrown once again into the light as Louis calls him out on being a negligent father, and wanting to cut off all ties with him. Deer father (yes, pun intended) is not yet ready to let go of his ‘expensive’ son, and calls his bluff and makes him only defer his school enrollment which I gotta say puts Louis at 0-1 with his father. Legoshi’s relationship with Haru is called out by the latter when she scolds him for ignoring her, and Legoshi in big train-of-thought-charging-full-steam, skips several steps forward to just propose to her. Legoshi really doesn’t know how to talk to girls, huh, as evidenced by him also asking Juno to show him her jaw and fangs so that he can compare and get a profile of the attacker he had basically french-kissed. Poor Juno, who is holding out hope but not getting a straight answer! She might as well give up; she already knows how important Haru is to him.

An unexpected side story (well, sorta connected) appears in this volume, of a okapi stripper working in the black market, who daily deals with the eventuality that one day she might just be eaten by one of the carnivore clients of the strip club. There’s a whole sequence of scenes that goes into the complicated instincts of sexual attraction and appetite for meat of carnivores, recalling some of Legoshi’s own struggles but also put on a broader scale. She also get rescued by Louis and sort of becomes his herbivore friend in this neighborhood, which was a nice touch but I doubt Louis is much for being little-brother’ed at the moment.