Welcome to my stop on the blog tour for Frozen Beauty! 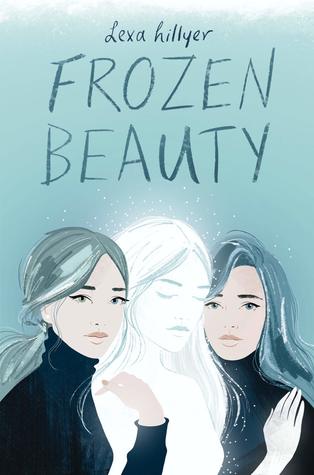 Everyone in Devil’s Lake knows the three golden Malloy sisters—but one of them is keeping a secret that will turn their little world inside out….
No one knows exactly what happened to Kit in the woods that night—all they have are a constellation of facts: icy blue lips and fingers cold to the touch, a lacy bra, an abandoned pick-up truck with keys still in the ignition. Still, Tessa, even in her fog of grief, is certain that her sister’s killer wasn’t Boyd, the boy next door whom they’ve all loved in their own way. There are too many details that don’t add up, too many secrets still tucked away.
But no matter how fiercely she searches for answers, at the core of that complicated night is a truth that’s heartbreakingly simple.
Told in lush, haunting prose, Frozen Beauty is a story of the intoxicating power of first love, the deep bonds of sisterhood, and a shocking death that will forever change the living.

Frozen Beauty is a quiet, twisting mystery that leaves you guessing till nearly the end, as to the events of the unfortunate night that Kit Malloy dies. The story, told in both the past and present, has us unraveling the mystery of the eldest Malloy sister, the secrets she kept, and the aftermath of her death. There are various PoV, but predominantly it is told by Tess in the present, and Lilly in the past, through her diary entries as well as third person scenes; other characters do fill in the gaps in the stories, as well as develop some subplots.

So, the story is about the three sisters: Kit, the golden one, Tessa, the middle child who is overlooked, and Lilly, the youngest who is brash to compensate for being treated like a child. The older two sisters have a closer bond, which makes Lilly envious and wont to seek attention, but as Tessa discovers, she herself didn’t know her sister well. In the autumn before her death, Kit starts to become secretive, lying about where she is, etc., and the other two notice it, but can’t make her come out with what it going on. Lilly suspects she is having a relationship with their neighbor (and Tessa’s classmate/crush) Boyd, who she herself has a crush on. While trying to get his attention, she gets entangled with Patrick Donovan, a newcomer to the town, and who is considered a bad boy, and while he has his issues, it is not what they think it is. In the aftermath, Boyd becomes suspect number one, as Lilly claims she saw him with her last, and Tessa is trying to unravel the events and retracing her sister’s footsteps from way back when she first showed changes in her patterns.

“Death had always seemed like that to Tessa: anonymous and abrupt, crude in its specificity. It happened in the open but was smothered in silence, stifling as a hot day in August. It came without any good reason.”

The mystery is an interesting one in that it is apparent what Kit’s secret might be, and who might have caused her death, but the events and motives don’t come together until the end, and that itself was quite a twist. It also isn’t very intense throughout the book – for the most part, the story is about the sisters’ lives before and after, and the mystery isn’t dramatic like a thriller or something, except for Tessa getting some warning notes. That worked, I guess, but I was also expecting more from Tessa as per her investigation? Also for being the central figure in the story, Kit’s own PoV is missing, and we only get her thoughts through her poems that are sprinkled in the story; I had so many questions as to her actions, and what was going through her mind, and the poems didn’t feel like sufficient answers, and the reveal at the ending, while giving us the events, came about in a way that felt rushed.

The story overall is interesting, and the characters’ storylines are done well, but I had some reservations about the pacing and the telling of the central character’s story.

“. . . because you don’t choose to love your family. You’re stuck with them. And sisters are the hardest—they are mirrors of you; they are competition, opponents in everything from pancake servings to endless Monopoly games to who gets to ride in the front to who gets the most phone calls from boys. They’re a reflection of your best and worst self, and yet strangers always on the brink of going their separate ways and leaving you, or being left by you—a shadow in the doorway, falling across the carpet. A hug that lasts the length it takes to snap a photo, before it turns into a shove. They have the power to undo you. And, maybe, to save you. That’s a terrifying kind of love, Tessa realized.”

Lexa Hillyer is the Founder and President of Publishing at Glasstown Entertainment, an all-womxn creative development and production company located in New York and Los Angeles. She is also the author of Frozen Beauty, Spindle Fire, Winter Glass, and Proof of Forever, all young adult novels published by HarperCollins, as well as the poetry collection Acquainted with the Cold from Bona Fide Books. Acquainted with the Cold was the 2012 gold prize winner of the Foreword Book of the Year Award for Poetry and received the Melissa Lanitis Gregory Poetry Prize. Her work has been featured in a variety of journals and collections including Best New Poets 2012, and she has received several honors for poetry. Lexa earned her BA in English from Vassar College and her MFA in Poetry from Stonecoast at the University of Southern Maine. She worked as an editor at both HarperCollins and Penguin, before founding Glasstown Entertainment along with New York Times Bestselling author Lauren Oliver. She lives in Brooklyn with her husband and daughter and their very skinny orange tree.