Welcome to my stop on the blog tour for The Electric Heir!

Six months after Noam Álvaro helped overthrow the despotic government of Carolinia, the Atlantians have gained citizenship, and Lehrer is chancellor. But despite Lehrer’s image as a progressive humanitarian leader, Noam has finally remembered the truth that Lehrer forced him to forget—that Lehrer is responsible for the deadly magic infection that ravaged Carolinia.
Now that Noam remembers the full extent of Lehrer’s crimes, he’s determined to use his influence with Lehrer to bring him down for good. If Lehrer realizes Noam has evaded his control—and that Noam is plotting against him—Noam’s dead. So he must keep playing the role of Lehrer’s protégé until he can steal enough vaccine to stop the virus.
Meanwhile Dara Shirazi returns to Carolinia, his magic stripped by the same vaccine that saved his life. But Dara’s attempts to ally himself with Noam prove that their methods for defeating Lehrer are violently misaligned. Dara fears Noam has only gotten himself more deeply entangled in Lehrer’s web. Sooner or later, playing double agent might cost Noam his life.

Okay so firstly this book had me a bundle of nerves – with the way the Fever King ended I was very worried for Noam as he was basically walking back into the lion’s den. Dara went into the QZ but from the synopsis of this novel, you know he is coming back, but without his powers. When the novel started 6 months after the events of The Fever King and barely 5% in you see what circumstances Noam is in, I must confess I put down the book for a bit. 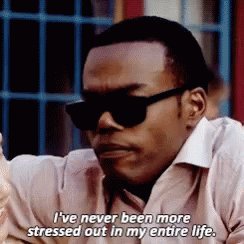 He, during these six months, has got his memories back, but because he want to bring down Lehrer he stays close to him. Dara’s entry back into the city shakes things up a bit but Noam still feels that the best strategy is to be close, gather evidence and strike when the time is right, while Dara doesn’t want his love to be caught in his abuser’s web.

“Not just the city. This whole country felt like a graveyard. Like every single body populating it was a corpse— an empty shell, reanimated and going through the motions but not real. Not really.”

Speaking of, Dara gets a PoV in this book! We get to see his side of view when it comes to Noam’s actions, as well as Dara himself processing through the abuse and assault he had been through, and how he easily sees Noam’s situation. Much like the last book, he constantly warns Noam, and they both have a difference of opinion when it comes to how to defeat Lehrer.

“Dara had to remind himself of the truth: no matter how many social programs Lehrer implemented, no matter how efficiently he used taxes or how much the people seemed to adore him, Lehrer was a killer. A mass murderer. Every one of Lehrer’s adoring citizens had lost loved ones to the virus. Every Carolinian feared the infection Lehrer had released on his own people.”

He is also adjusting to a life without his powers and trying at sobriety. Meanwhile, Noam is now Lehrer’s protege, and he is being trained to do terrible things to keep his cover. He has protected himself from being affected by Lehrer’s powers, but he doesn’t initially realize that Lehrer’s influence on him started from the moment they met, and it takes him a while to realize that he is also being abused like Dara was. He personally thinks that he chose to get into the relationship, in the aftermath of his grief for Dara and the guilt for all that had happened before, and is initially defensive when Ames confronts him.

..it didn’t matter if Lehrer played nice. Lehrer’s gift was persuasion— he was really good at playing nice. Just because his feelings appeared genuine didn’t make them so. Lehrer was a monster. He deserved to die. He did. And Noam had to play this pitch fucking perfect if he was getting out of this game alive.

It is very much a book about abused people realizing the extent of their abuse and trying to get free from their abusers. In Lehrer’s case it is much more difficult to get out, when he is physically and magically more powerful than Noam – which makes nearly every scene between them so tense, I was nearly screaming from the suspense because I was also afraid, like Noam, that he would be found out any moment. The thing that keeps Noam there is him wanting to protect everyone else from Lehrer, as well as the benefits of that proximity in gathering evidence to use against him. But Dara’s re-entry also changes something for Noam, and he can finally hope for a better life again. The ending is, well, I won’t spoil, but it was nice. For the characters of Noam and Dara, in their personal storylines, the ending is good and satisfactory. But for the world that this story is set in, the ending feels incomplete. I honestly read the last chapter twice, and still was like – I don’t trust this ending; is it a dream? Because the whole ‘we are the only country that allows witchings’ thing wasn’t really resolved? Are they still under threat of being invaded? Did Atlantia get its freedom? There’s a whole political subplot that isn’t resolved, so no, I wasn’t really satisified with the ending. But the book as a whole is an amazing read, so yes, I would still recommend it!

Received an advance reader copy in exchange for a fair review from Skyscape, via Netgalley.

Victoria Lee grew up in Durham, North Carolina, where she spent twelve ascetic years as a vegetarian before discovering spicy chicken wings are, in fact, a delicacy. She’s been a state finalist competitive pianist, a hitchhiker, a pizza connoisseur, an EMT, an expat in China and Sweden, and a science doctoral student. She’s also a bit of a snob about fancy whisky.
Victoria writes early in the morning, then spends the rest of the day trying to impress her border collie puppy and make her experiments work.
She is represented by Holly Root and Taylor Haggerty at Root Literary.

Giveaway runs from March 11 to March 25, 2020. Please note that only 1 copy is being given across all blogs/instagram accounts.

⚡ G I V E A W A Y ⚡ . . Happy Wednesday, beautiful bookish people! What's your current situation with this whole coronavirus outbreak that is now a pandemic? In the UK, we are not on lockdown but it feels it is a matter of time and I am terribly worried for my parents in Spain. Wherever you are, stay safe. Use soap, more than hand sanitiser (trust me). . . Today, I bring you a new book to share with you all. Next week, the 2nd novel in the #Feverwake series, #TheElectricHeir is coming out and I couldn't be more happy. This series is everything for the LGBT community and for those survivors out there. It is honestly one of those series you just need to read it to see for yourself. . . To celebrate that @sosaidvictoria book is coming out on March 17th, and thanks to @mbc_books, we are giving away 1 copy of THE ELECTRIC HEIR. . . Entries for the giveaway: ▪︎Follow @theffbc & @whatmakespatri ▪︎Follow @sosaidvictoria ▪︎Follow @amazonpublishing & @mbc_books ▪︎Follow your account (for your stop!) ▪︎Answer my question above ⬆️ #qotd . . Extra entries: ▪︎Tag a friend (each friend will be an extra entry). ▪︎Share on your stories about the giveaway (remember to tag @whatmakespatri and @theffbc) ▪︎Follow @michellesulk & @artsyreadergirl ▪︎Follow any other FFBC team member participating in the tour (let me now below who did you follow): @nayspinkbookshelf @adreamindream @theelizaaguilar @bookish_az @a_bookish_dream @hollibrarybooks @l.m.durand @inkymoments @sometimesleelynnreads @_bookishaestha_ @obscure.pages @popthebutterfly @books_over_everything @bookcrushin @kagunderman @bookriot_anjedah @kaitplusbooks @drjadmerricksson @hollymbryan @bookish_az . . #bookshimmy #bookgiveaway #bookgram #yabookstagram #ireadya #booksatgrammer #bibliophile #bookphotography #booknerd #booklover #amreading #bookcommunity #booksbooksbooks #instaread #bookstagramming #igreaders #victorialee #iloveya #lgbtbooks #amazonpublishing