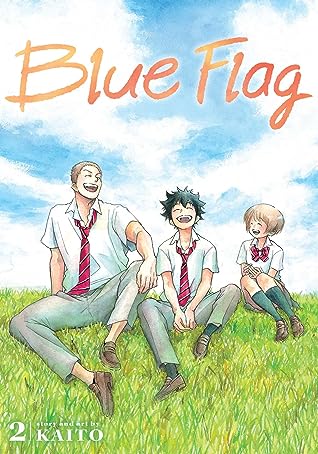 With this volume, we have the four of them hanging out more often (even Toma’s friends notice), and during their hangouts, some are aware of the interactions between the others, and in the tangled web of their romantic feelings and friendships, there is a some heartbreak to go around in the future. Toma’s and Masumi’s friendships with their respective best friends are put in the spotlight, as the gendered difference in how these two relationships render themselves becomes apparent. For example, Toma notices how Masumi’s closer to Futaba and it comes across simply as female friendship; meanwhile, he compares the distance he has to Taichi. Taichi himself also sees how much distance is there, when the topic of future careers comes up, and he wants to discuss with Toma, but he feels they aren’t close enough to ask or know that about each other.

Masumi’s exploration of her sexuality is explained further, as the boys find out she actually is dating boys, and I would expect the discussion with Toma, but instead she has a discussion about romantic and platonic feelings with Taichi, who is too dense to get the subtext of their conversation. She is struggling with defining where romantic and platonic feelings are divided, and it puts the closing scene of volume 1 in a more nuanced manner. She also discusses with Taichi his desire to help Futaba with her romantic pursuits, and he relates a defining moment from his childhood, which sort of foreshadows something towards the end of the volume.

A smaller arc was Toma roping in Taichi and Futaba to join the cheer squad during the school festival, and though they both are shy, ‘stay-below-the-radar’ sort of people, they agree; Taichi more so because he wants Toma to have more good memories of their last year of school. I love the dynamic between the four of them, as well as the two friendships so much; each of their character arcs shine through the events in the story. With that ending, though, I am a anxious about what comes next.

Is it diverse? gay and lesbian major characters