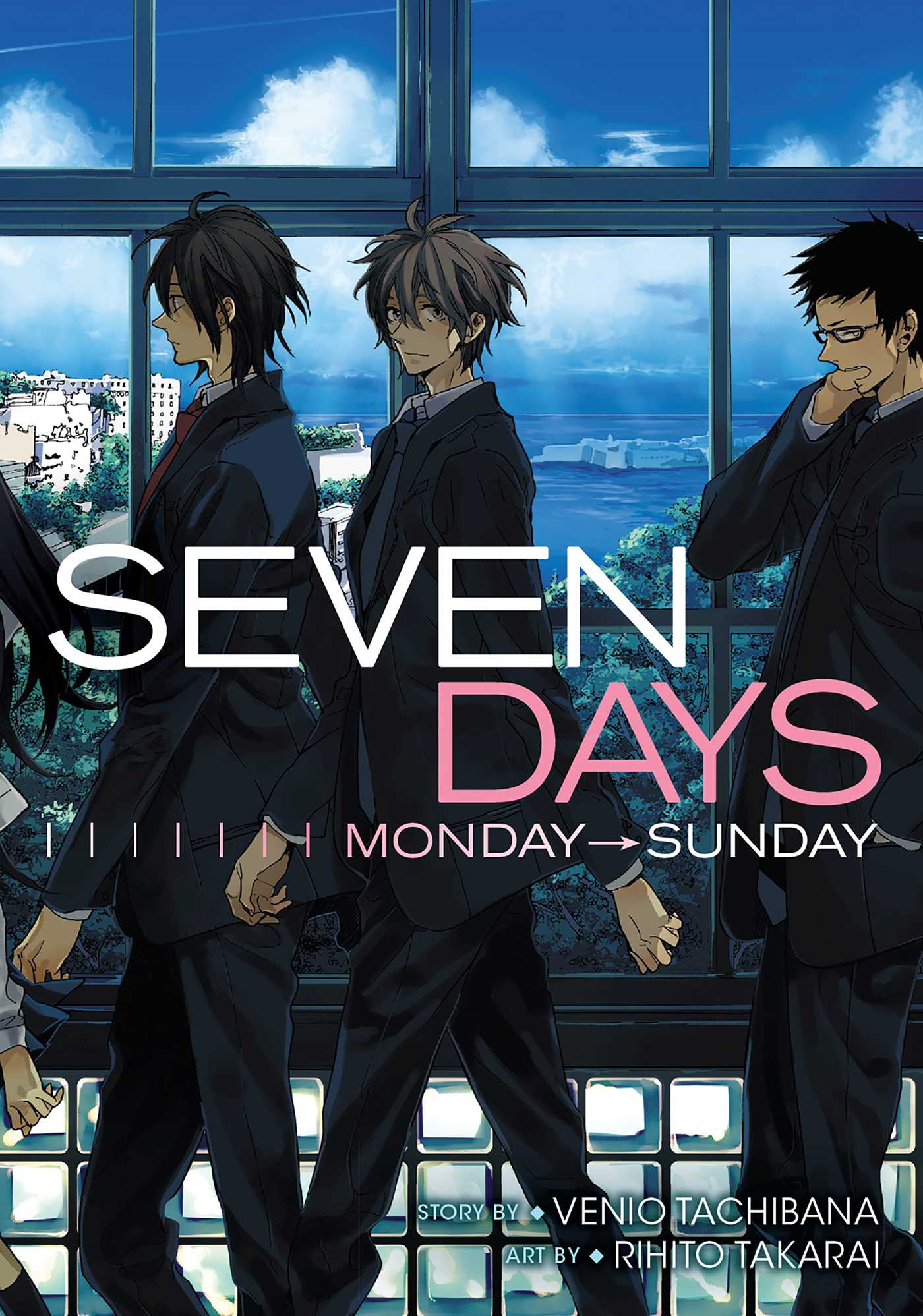 Seven Days: Monday–Sunday by Venio Tachibana
My rating: 4 of 5 stars

The rules were clear: they could date for a week. But someone forgot to tell love!

On a whim, high school third-year Yuzuru Shino asks out first-year Toji Seryo, who is notorious for being a weeklong lover—he’ll date the first girl to ask him out Monday morning and then promptly dump her by the following Monday! The boys start dating, and by Tuesday, the first inklings of attraction hit. Can Seryo put words to his feelings before Monday comes, or are old dating habits too hard to break?

Seven Days brings a quiet kind of romance in a fake dating trope. Shino has had terrible luck in love – his personality and his image are quite different from each other, so people who have asked him out for his image get disappointed when they get to know him personally. Meanwhile, Seryo, who has a rule where he gives every relationship the chance of one week for some feelings to develop, hasn’t had a romance last for more than one week, giving rise to a rumor that he only dates for a week. Shino asks him out on a whim, and Seryo accepts, which makes for an interesting week for the two of them as they get to know one another. The romance is in that despite their differences, they understand each other at some level. Seryo likes Shino’s personality, and Shino realizes that he didn’t give the guy enough credit, thinking him to be a player only. The two of them are also wary of falling in love, because each thinks the other is not taking the one-week-relationship seriously; Shino thinks he has only one week, while Seryo thinks Shino asked him on a whim so he may not be serious about falling in love like him. Thankfully there is no gay panic or biphobia. There’s also a whole subplot about Seryo’s past crush on his brother’s girlfriend that causes some tension between him and Shino, as the latter thinks he is still not over her. The artwork is nice, and the story progression over the week is neatly divided into chapters per day. Overall, it is a beautiful romance about giving love a chance.

Is it diverse? Bisexual main characters