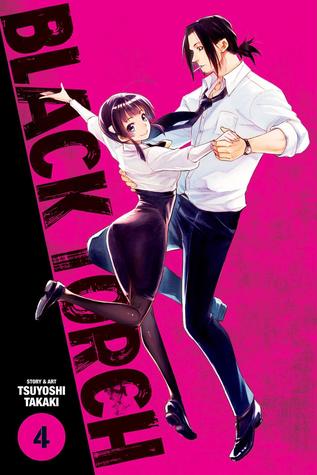 Ninja and animal lover Jiro Azuma’s life is changed forever when he finds himself in the middle of a war of ninjas vs. demons.

In order to save Jiro’s life, Rago pledges loyalty to Amagi, his sworn enemy! But Rago has no intention of letting his power be used by evil forces, and so when he joins Amagi, he leaves all his power behind in Jiro. Outraged at the unexpected betrayal, Amagi unleashes his wrath upon Rago!

With Amagi threatening Jiro’s life for Rago’s compliance, the latter plays him by leaving behind him power in Jiro while allowing himself to be captured. Now, however, this leaves with Jiro as a vessel for raw power that he cannot entirely handle, bursting out of him, and while the onmitsu are deciding what to do with him, his grandfather comes to save the day. If Jiro wants to be free, he has to learn to control this power, and for this purpose he is left at a mountain inhabited by a powerful mononoke. This volume delved a bit into Amagi’s history before the humans rose up in rebellion, as well as a bit about human-mononoke relationships, and the balance between them. A surprising reveal was also made regarding Jiro’s status now, and I am interested in if it goes down the Tokyo Ghoul route. The action is this was rendered well in the artwork, but I also felt that Jiro doesn’t develop much as a character. Plus, as usual, the fan service-y nature of the female characters’ designs continues to irk me, and trying to give Ichika her own storyline kind of fell flat.