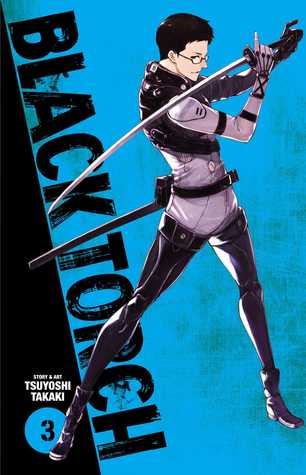 Black Torch, Vol. 3 by Tsuyoshi Takaki
My rating: 4 of 5 stars

Inside the illusory world generated by Fuyo, Jiro and Rago face off against a giant mononoke named Amagi. In the Edo period, Amagi attempted to recruit allies to fight back against the newly formed government ninja squad, but Rago refused to join him! What secrets lurk in the depths of Rago’s lost memories? And what’s behind the sudden string of mass murders happening in the real world?

Going back into Rago’s past within the barrier created, we learn about the first time the mononoke rose up against the Onmitsu, and what reason they have to recruit Rago. And when the training exercise is over, they learn that they have a new mission – there have been murdered humans, and the mononoke could be the cause, and now there is a barrier on a section of the city. While the rest of the Bureau manages the human side of the affairs, aka keeping the media out of it, the Black Torch are to enter and apprehend the mononoke responsible, which is a one-on-one match as there is an opponent for each of them. This volume goes into why the mononoke are rising NOW, and why they are angry with the humans, how this war all started and what it means for Jiro and Rago. The action scenes were well-done as usual, and there’s a particularly tense battle for Reiji which was rendered well. Overall, loads of backstory and action.