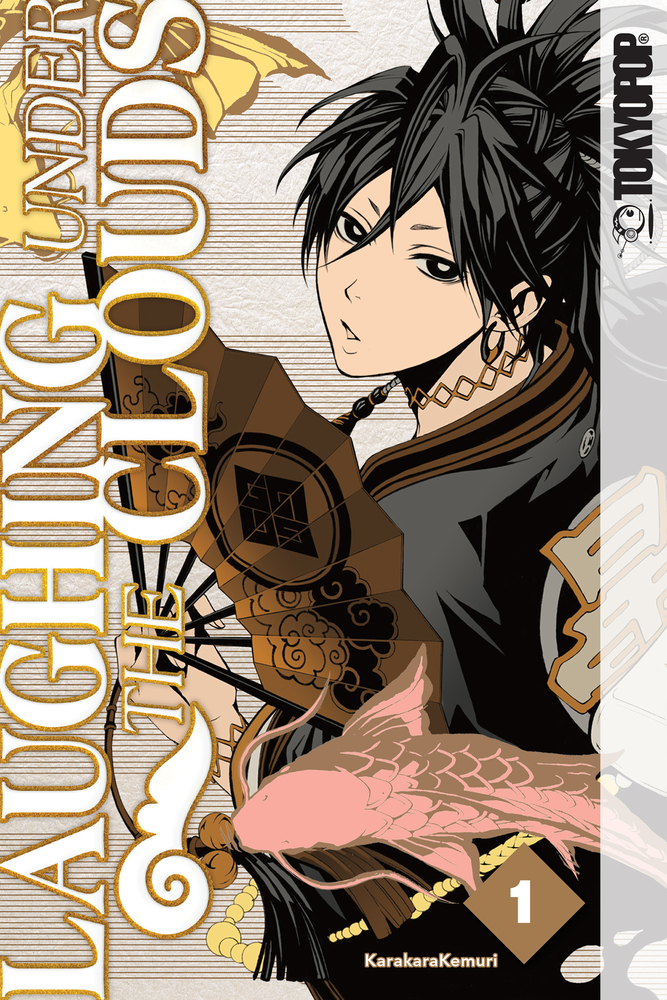 Laughing Under the Clouds, Volume 1 by Karakara Kemuri
My rating: 4 of 5 stars

Under the curse of Orochi, the great demon serpent reborn every 300 years, Japan has been shrouded in clouds for as long as anyone can remember…

The era of the samurai is at an end, and carrying swords has been outlawed. To combat the rising crime rates, an inescapable prison was built in the middle of Lake Biwa. When brothers Tenka, Soramaru and Chutaro Kumo are hired to capture and transport offenders to their final lodgings in this prison, they unexpectedly find themselves faced with a greater destiny than any of them could have imagined.

Laughing Under the Clouds firstly introduces us to the Kumo brothers, who are tasked with hunting the criminals who escape the prison set up in Lake Biwa. The eldest, Tenka, is highly skilled in swordmanship and is someone who his younger brothers, Soramaru and Chutaro look up to and hope to emulate. The ‘present’ timeline gives us a glimpse of their dynamic as well as the political situation at the moment in the world, where samurai have been disbanded. But then the ‘past’ timeline looks back at events 600 years ago, to prepare us the readers for what the threat of the Orochi represents. There’s also a Kumo family member involved in it, but he’s not exactly the main character – he is one of a group that is tasked with finding Orochi, and when they come across someone who was exiled from an exorcist family who takes an interest in the woman they have with them, it sets up a nice mystery/romance plot that is also heartbreaking. It also contextualizes what challenges the Kumo brothers might have in the future. The artwork is pretty good, and I like the storyline, so obviously this is a series I am looking forward to reading!

Received an advance reader copy in exchange for a fair review from Tokyopop, via Netgalley

One thought on “ARC Review: Laughing Under the Clouds, Volume 1 by Karakara Kemuri”