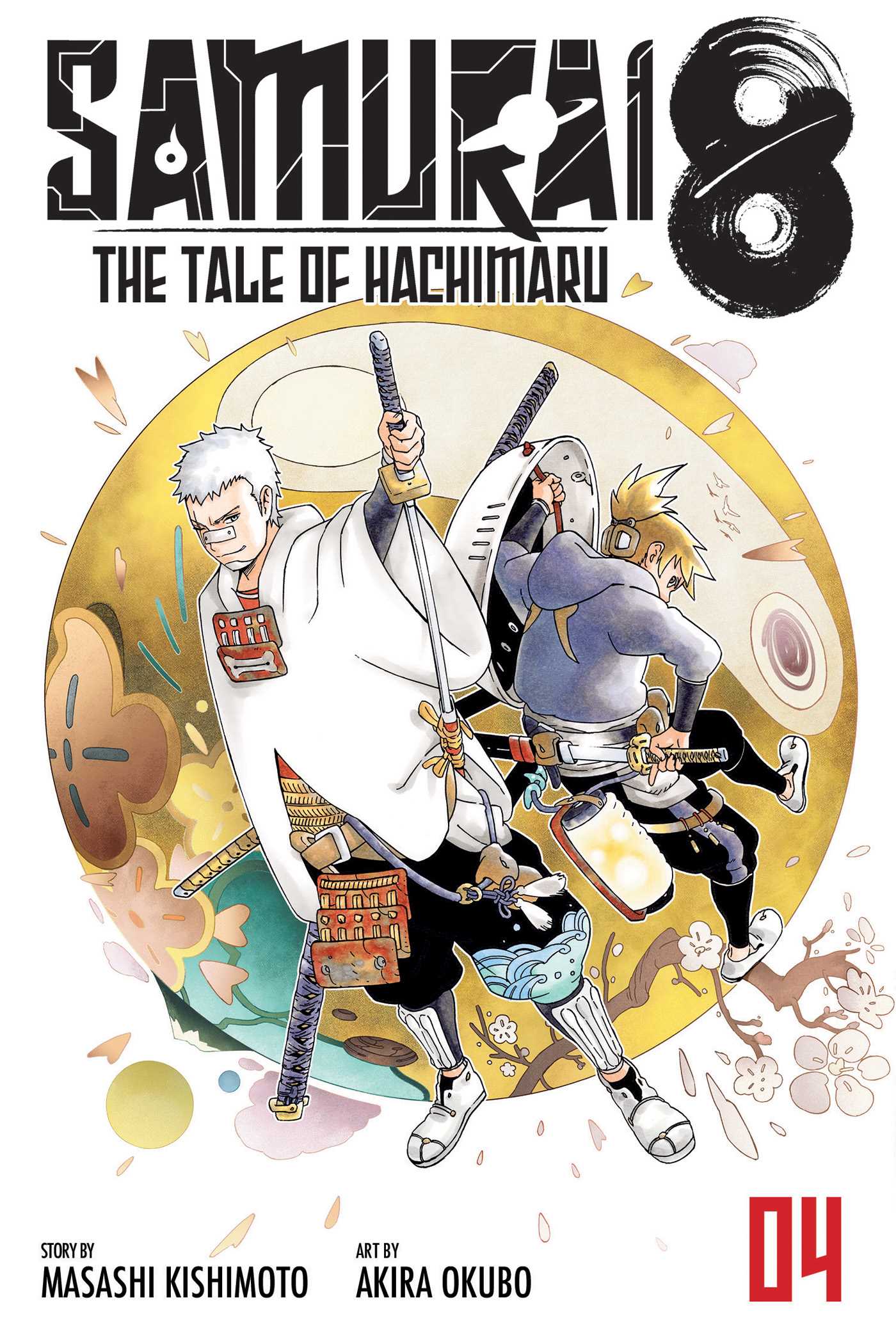 Samurai 8: The Tale of Hachimaru, Vol. 4 by Masashi Kishimoto
My rating: 3.5 of 5 stars

Hachimaru has survived the attack of the deadly assassin Ata, but he’s not out of danger just yet. When the moon starts plummeting toward the planet, Hachimaru will have to use his master’s powerful technique to save everyone! But in order to save the entire galaxy, the other samurai keys will have to be found. What kinds of trouble await Hachimaru as he leaves his home for the first time?

Hachimaru is the last man standing in the samurai battle royale, earning him the right to face the founder of the festival. Can Hachimaru recruit this powerful warrior who claims to be a key to Pandora’s Box? Or is something more nefarious about to go down…?

Hachimaru and his group find out that they have walked into a tap when Daruma’s analysis AI points out that the key holder samurai that they had come searching for is only a con–man who traps samurai for their keys. As they lay into an offensive strategy, they are supported by the samurai from before, who reveals himself to be basically space police. Daruma also dips into the secret weapon held up his sleeve, and we get to see his past as well as his true form. Also, we dive into Kotsuga’s past and why he holds so much contempt for samurai. While there were still a lot of new names being thrown around, the plot at least made some sense in this book. The battle scenes are, unfortunately, still a chaotic mess.