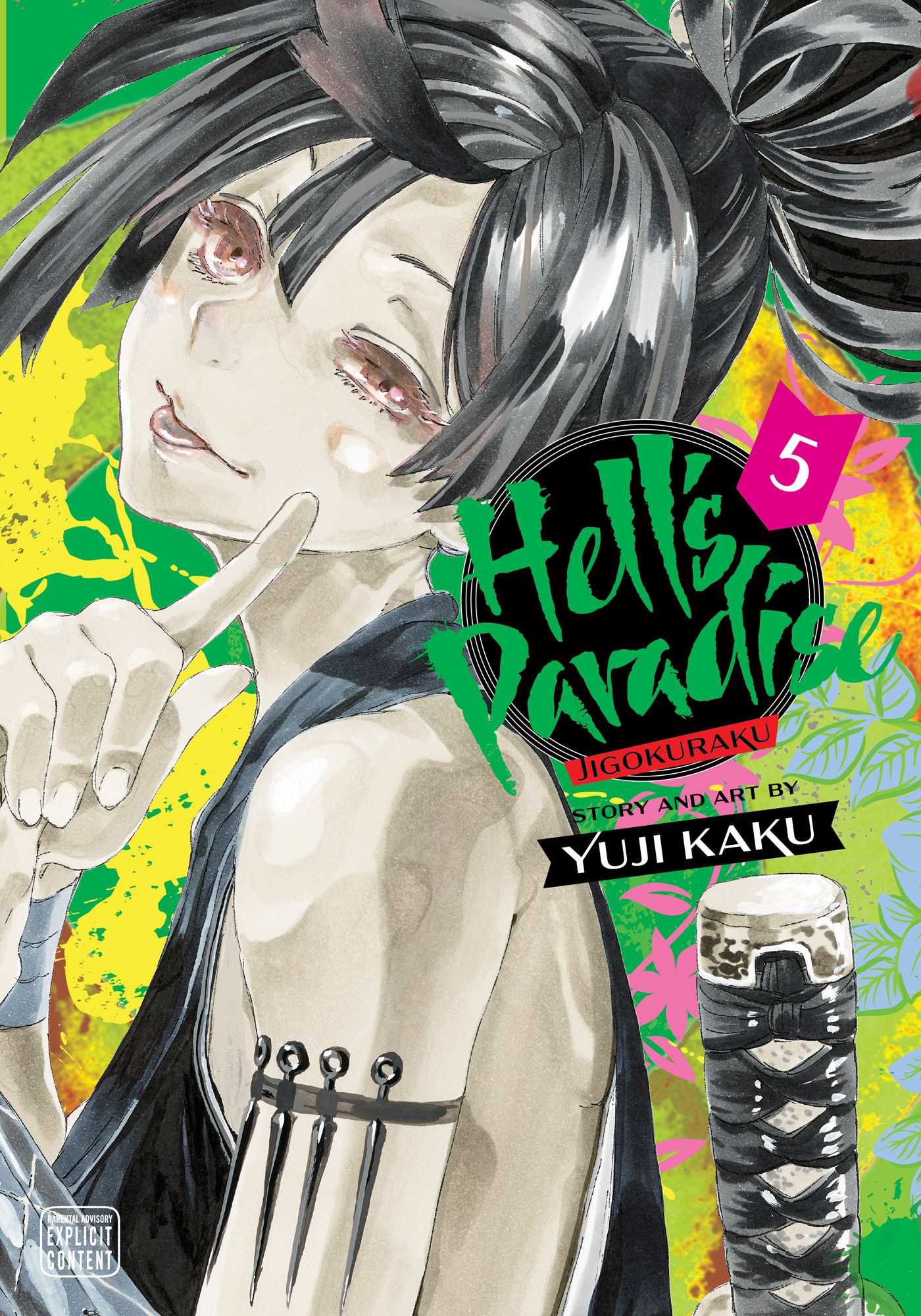 Seeking the answers to the secrets behind the mysterious island and the divine horrors that populate it only seems to lead to even greater dangers. What is tao, and how does this supernatural phenomenon turn Lord Tensen into such fearsome enemies? And when Gabimaru begins acting strangely, is there any hope for his companions, or will they face certain death at the hands of one of the deadliest ninja in existence?

Sagiri, Yuzuriha, Senta and Hoko have reached Horai but they are being given a welcome by one of the Tensen, Mu Dan, who is a tough opponent for them to defeat. Even equipped with their knowlede from Hoko, they are pushed to their limits as they attempt to take him down, and Yuzuriha and Sagiri also discover that they can wield Tao, though not effectively enough. Shion and Nurugai reach them in time, but the fight is still tough. Shion himself, having discovered how he can manipulate his innate sense of Tao, and experimenting it along the way, is having a rough go at taking Mu Dan down. It made for exhilirating battle, though, with some really cool panels – I’m loving the artwork immensely, wiith it glorying in its arboreal horror.

Mu Dan, meanwhile, clarifies a lot of stuff about the island, and the why and how of the monsters here. It also means that Gabimaru’s quest might come to naught, as the kind of immortality that they are expecting is not the kind that can be sealed in a vial and presented to the shogun. It is also revealed that Tao can be harmful and can also be used by anyone who learns it, instinctively or otherwise, which again raises the question of what Iwagakure was on. Sagiri is further worried for Gabimaru, as they haven’t been reunited yet. Over at the other camp, he has woken up from expending large amounts of his life force to wield Tao in his fight, but it has shown some effects. Whether they will be eventually good or bad in outcome is yet to be seen.

By the way, Iwagakure is looking shadier and shadier by the minute, and I can’t believe I am saying this, but I am worried for the Yamada clan members who are accompanying them. Somehow, over the last couple of books, they are being endeared to the readers; the extra at the end was definitely cute. Shion is my favorite (after Sagiri, of course) because he is so cool in this book, but also cause he is interesting and hilarious in unexpected ways.