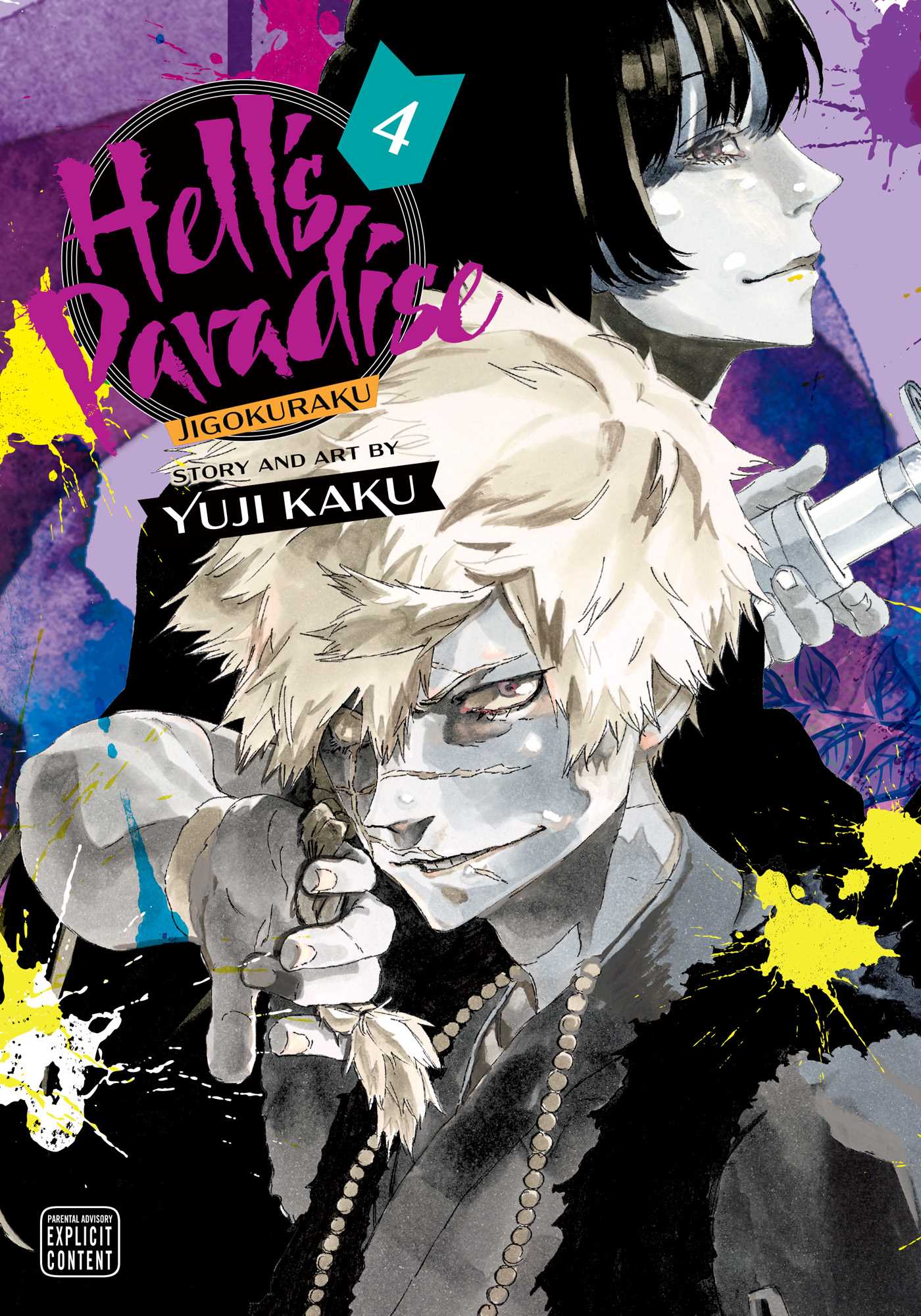 The beings known as Lord Tensen are beyond comprehension. These rulers of the mysterious island are deathless, ferocious and nearly invincible. Can Gabimaru the Hollow and his Yamada Asaemon executioner Sagiri survive long enough to achieve their goal despite being forced to contend with immortal monsters?

So this book has so much going on that it has me all excited over the series again. Gabimaru and co have come across the Tensen and the difference is skill has proven to be overwhelming. Furthermore, they are powerful beings being aided by the monsters, and they all are separated and dealing with the monsters. Gabimaru found another pair of executiner-executionee and sensing their strength, suggests to join forces with them, especially in light of high-level intelligent monsters called doshi sent to check out the humans. Which, you know, means more battles.

Sagiri, Yuzuriha and Senta, are learning from Hoko about the mythos of the island and Senta starts to theorize about the theology behind it all. Certainly the major themes point towards a Buddhist leaning, and the beings utilizing tao – the life force – opens up interesting avenues, but he also feels there’s a bigger player in the picture. I’m just very interested in how the ‘arborification’ started or why that island was special? Is it because of the inhabitants affecting the island or the island affecting the inhabitants? With Lord Tensen, the mystery keeps hopping to either theory.

Meanwhile, Toma and his older brother escape the pit created to harvest ‘something’ from the humans, but there arrives a doshi to stop and assess them. Toma makes use of the opportunity to learn how these beings utilize tao. Simultaneously, Shion is explaining to Nurugai how he senses things around him, which closely resembles the concept of Tao that Mei is also trying to explain to Gabimaru and Tamiya. We also get to see what the situation at the Tensen’s place is like (with some Sexy Times scenes thrown in), and I’m still trying to learn all their names at this point, but most of them just blend into each other really. And to round it off, we see the situation back in Edo, where the shogun has ordered another expedition, this time with Gabimaru’s former colleagues being sent in.