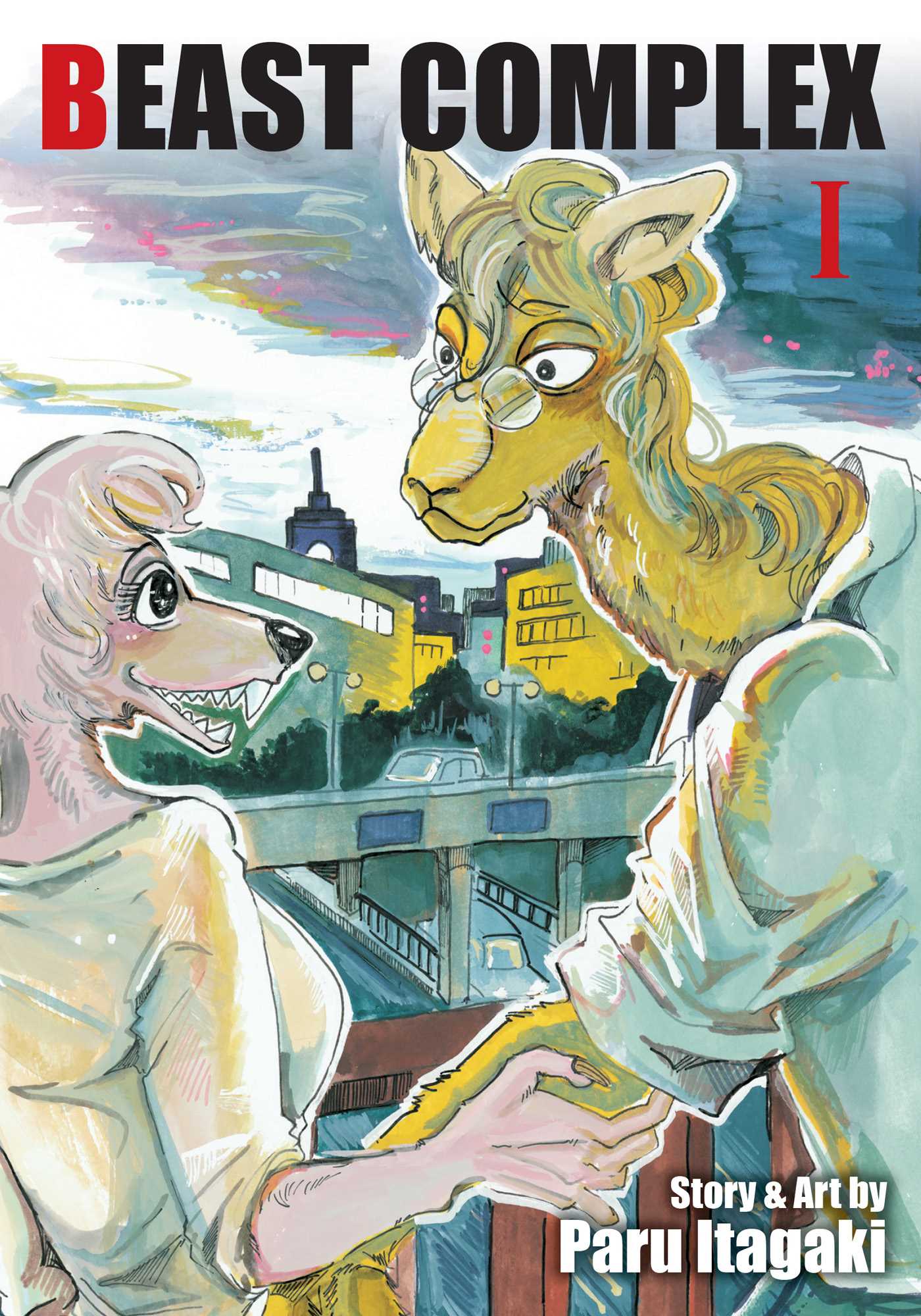 Beast Complex, Vol. 1 by Paru Itagaki
My rating: 4 of 5 stars

Seven short stories that set the scene for the best-selling BEASTARS series!

In these seven stories, a menagerie of carnivores and herbivores face challenges based on their differences and try to find common ground.

A tiger and a beaver who grew up together defy peer pressure to end their friendship and join forces to fight injustice. A camel journalist who spent his career passing judgment on carnivores spends a life-changing night with a seductive wolf. A saltwater crocodile and a gazelle must find a way to work together as chef and assistant on a cooking show with flagging ratings. A fox and a chameleon wrestle with stereotypes about each other—and themselves. And much more…

Plus the real-life story of the origins of BEASTARS and Beast Complex!

A collection of stories set in the Beastars universe, Beast Complex brings out a variet of characters and issues that can be explored in this anthropomorphic animal setting. To be fair, though, Beast Complex was the precursor to Beastars – and you can see how specific issues are then highlighted further, with more nuance in Beastars. We even have some common characters – the second story, about a young Siberian tiger named Gon, and his beaver friend, is about the current headmaster of Cherryton School. It gives a nice backstory for why he was so hesitant about the Beastars system and his approach as an educator, and his desire to see true harmony between herbivores and carnivores, and not just the veneer of cohabitation that it is.

Aside from this character, there are other stories that explore the complicated relationships between herbivores and carnivores, and how each fares under the current world order. The first story about a lion named Raul who is the typical ace student destined to shine in society as a respectable ideal of a carnivore or something, shows how carnivores are often ignorant of the fear herbivores live in, or how they have to keep on going despite violence being done to them. Another which evokes the atmosphere of fear for herbivores is the story of the camel and the wolf, where the camel lives in an area notoriously unsafe for herbivores. The stories center on the fear of herbivores, but not about paiting carnivores as villains as a whole. There are nuances to each, and they are taken into consideration character by character.

Perhaps my favorite was the herbivore-carnivore chef duo, where a gazelle sous chef is partnered with a crocodile chef on a popular cooking show and them working out their differences, or more like, the gazelle overcoming her prejudice a bit. Did I love that single panel of Legoshi and his roommates making an appearance? Certainly! But I also like it because it truly hits the core of the discord in this world – there are herbivores who are naturally fearful of the threat carnivores possess to them, but on the carnivore side, they, too have to suppress their natural cravings, and they do it because they wish to co-exist, but they also do not like being discriminated against because of what they are.

A break from the usual carnivore vs herbivore schism comes in the story of the chameleon and the fox, where the fox, who is being bullied by her other fox classmates resents the stereotypes attributed to her species, and especially resents the other foxes for living up to them. But, seeing her chameleon classmate, whose natural state of being is comfort in invisibility, she wishes that she could be as comfortable in her own skin as him.

Other books in the Beastars universe