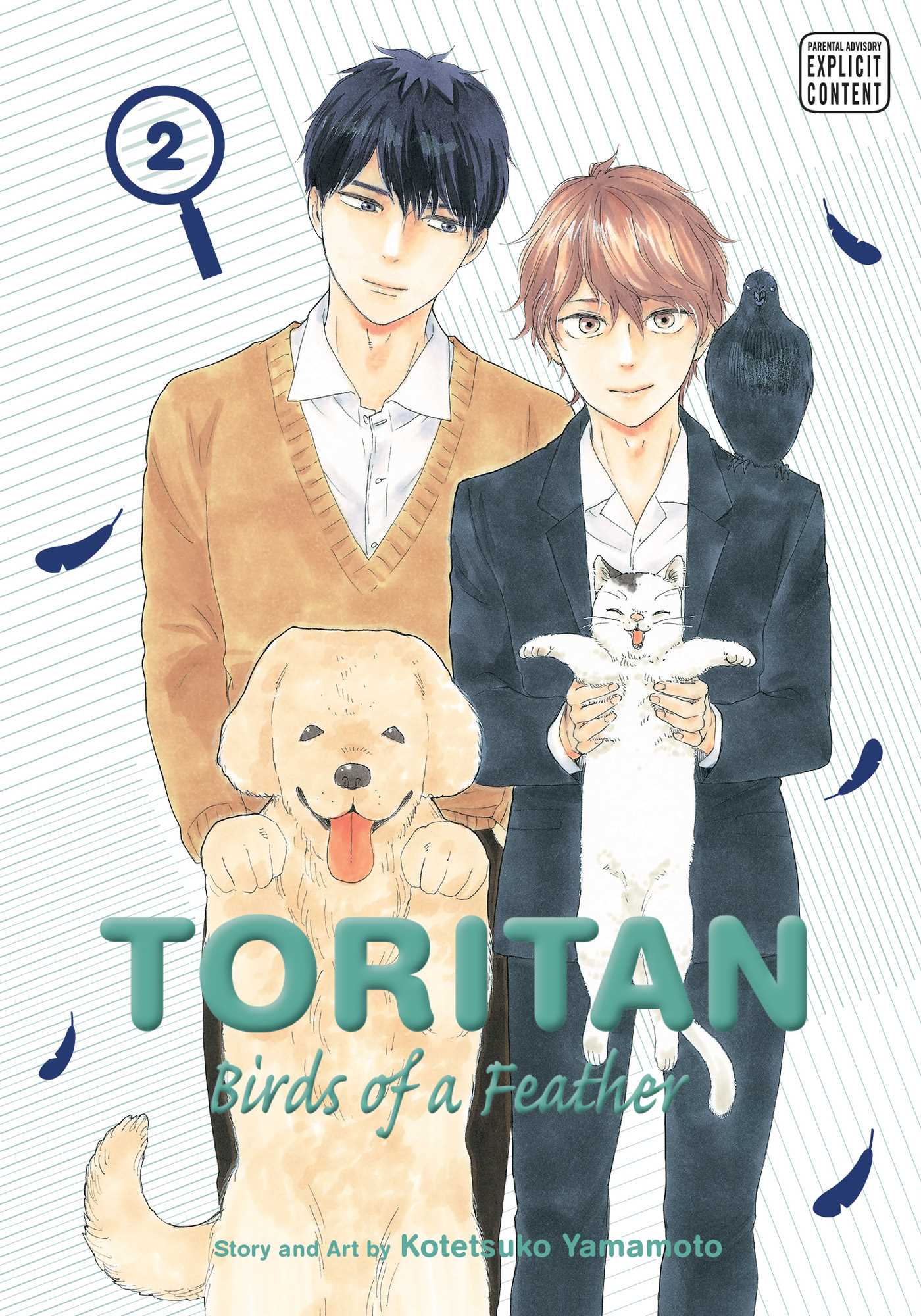 Toritan: Birds of a Feather, Vol. 2 by Kotetsuko Yamamoto
My rating: 2.5 of 5 stars

Birdsong starts sounding like a love song when bird whisperer Inusaki meets a crow that sounds oddly like a handsome young man he knows!

Inusaki can communicate with birds—and some of them are real jerks! Tired of the incessant chatter, he spends most of his day tuning them out. That is until the day he meets an intriguing and strangely handsome crow he just can’t get off his mind!

Ever since he was a child, private detective Inusaki has had the unenviable talent of being able to communicate with birds. And even though he’s never liked birds, he somehow ends up getting his heart broken by one! Conveniently there to pick up the pieces, though, is his landlady’s son, Mitsuru, whose voice sounds suspiciously like that of the fowl heartbreaker, Kuro. And it’s not long before Mitsuru confesses his feelings to the clueless detective, even landing a quick peck. Will Inusaki the private dick ever stop brooding long enough to get a clue?

Warnings: contains sex scenes, depicts a relationship between a minor and an adult

In this second volume of this duology, Inusaki is flustered by Kuroki kissing him and when he questions him later, the latter confesses his feelings to him and they start dating (seriously WTF Inusaki?). Meanwhile, he also gets a client who hopes to get his help regarding a dating problem he has – said client is gay, and wants some help planning his date, but Kuroki gets suspicious and follows them. Then we actually get to see how Kuroki ‘becomes’ a bird, but the two of them haven’t yet told each other their secret powers, though Inusaki starts putting two and two together soon enough. Later Inusaki and Kuroki themselves are on a date, and Inusaki has to demonstrate his powers to save some bids. The manga skips ahead to show Kuroki in university and them in a relationship, though I wonder if Kuroki’s mom knows. While this manga bridges the secrets between them and tells us about Kuroki’s powers, it doesn’t really feel like there’s much to explore or conclude on. Even their relationship progressing while Kuroki is still a high school student squicked me out – the time skip could’ve been placed before this IMO.

Previous book in the Toritan series