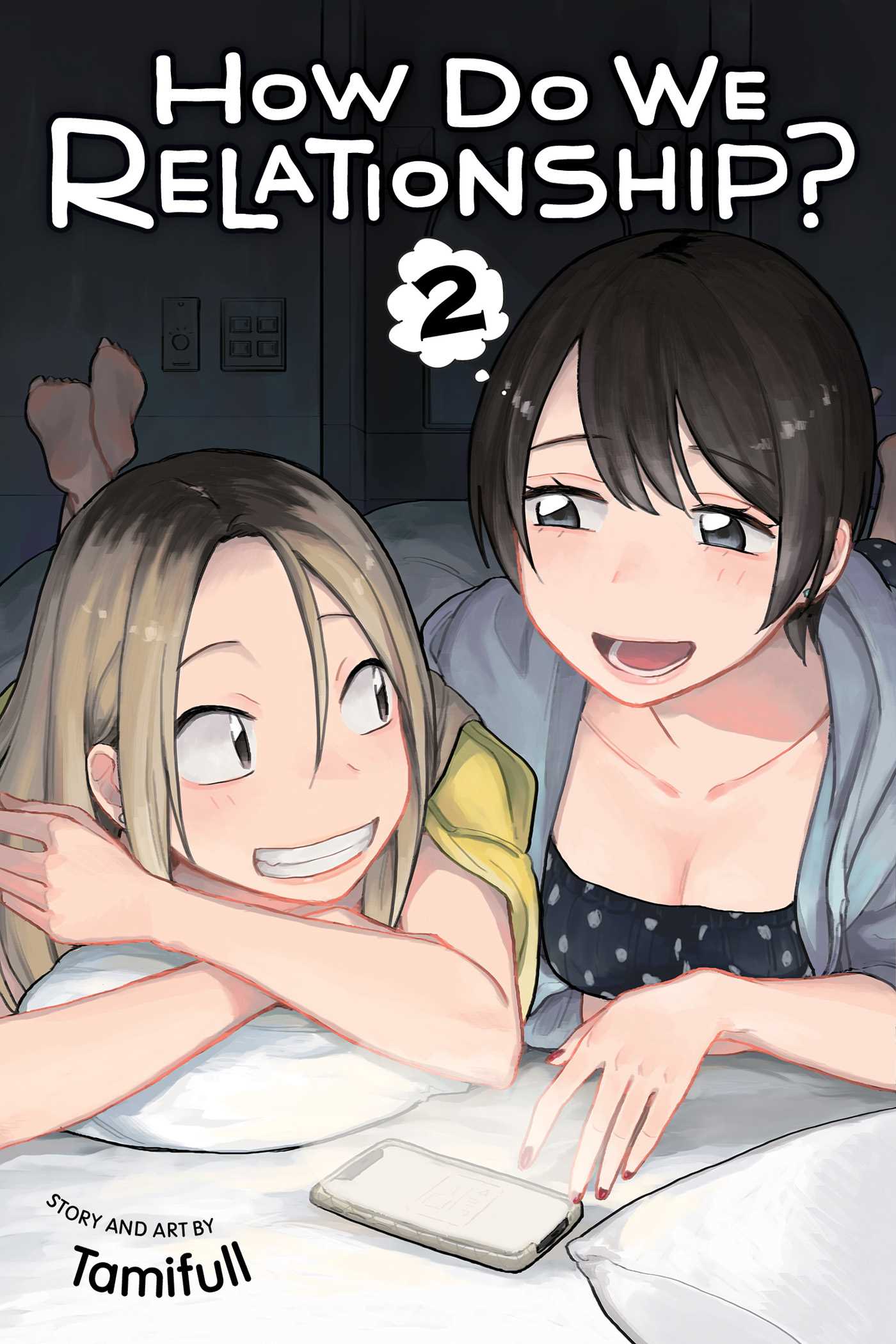 How Do We Relationship?, Vol. 2 by Tamifull
My rating: 4 of 5 stars

A romance of convenience between two college women soon becomes the real thing.

Shy Miwa has always dreamed of finding love, but living in small-town Japan made finding the right match difficult—especially since she likes girls! Even going away to college didn’t seem to help, until one day her outgoing classmate Saeko suggests they might as well start dating each other since it’s not like either of them has other options.

Miwa and Saeko have discovered that they are definitely physically compatible. But a gathering of the band clubs for a weekend training retreat is an unexpected threat to their new relationship. Can their blossoming feelings survive each other’s constant company?

Note: This is more new adult than young adult, as it has college aged protagonists and relevant themes

Miwa and Saeko are comfortable enough and settling into their relationship, and Saeko especially is happy about where they are. When prompted by her friend, she declares that their relationship is bereft of jealousy as the nature of it is different from a typical heterosexual relationship. However, during a camping retreat, she finds out that even when she is secure in the idea of their relationship, she definitely feels jealous when guys keep approaching Miwa (thinking her to be unattached as she doesn’t have a boyfriend). She tries to push down this instinct, leading to some distance between them. Meanwhile, Miwa is having some problems of her own, as one of the guys in the group she has been placed in is immediately very hostile towards her. He claims he can’t stand her polite smiles (which is a defense mechanism of the perpetually anxious, so like screw you, dude) and moreover, he is definitely suspicious of the closeness between Miwa and Saeko which obviously doesn’t look friendly as much as it does girlfriendly. Miwa, in turn, is feeling anxious about it, and down on herself because she feels she should be more confrontational or confident in the very least so people can’t easily mess with her like that; she also feels like she might burden Saeko by having the latter chase away the pushy guys. In a way, both of them feel their individual struggles might mean the death of their relationship, and it takes a while for them to communicate with each other about it, when they are in a camp where they don’t get much time alone, and they have to hide their relationship. The themes of this book were very naturally brought up as a progression of their personal arcs in relation to their relationship, and I like that it takes a nuanced approach while keeping their characterizations in mind.

Is it diverse? lesbians in a sapphic romance