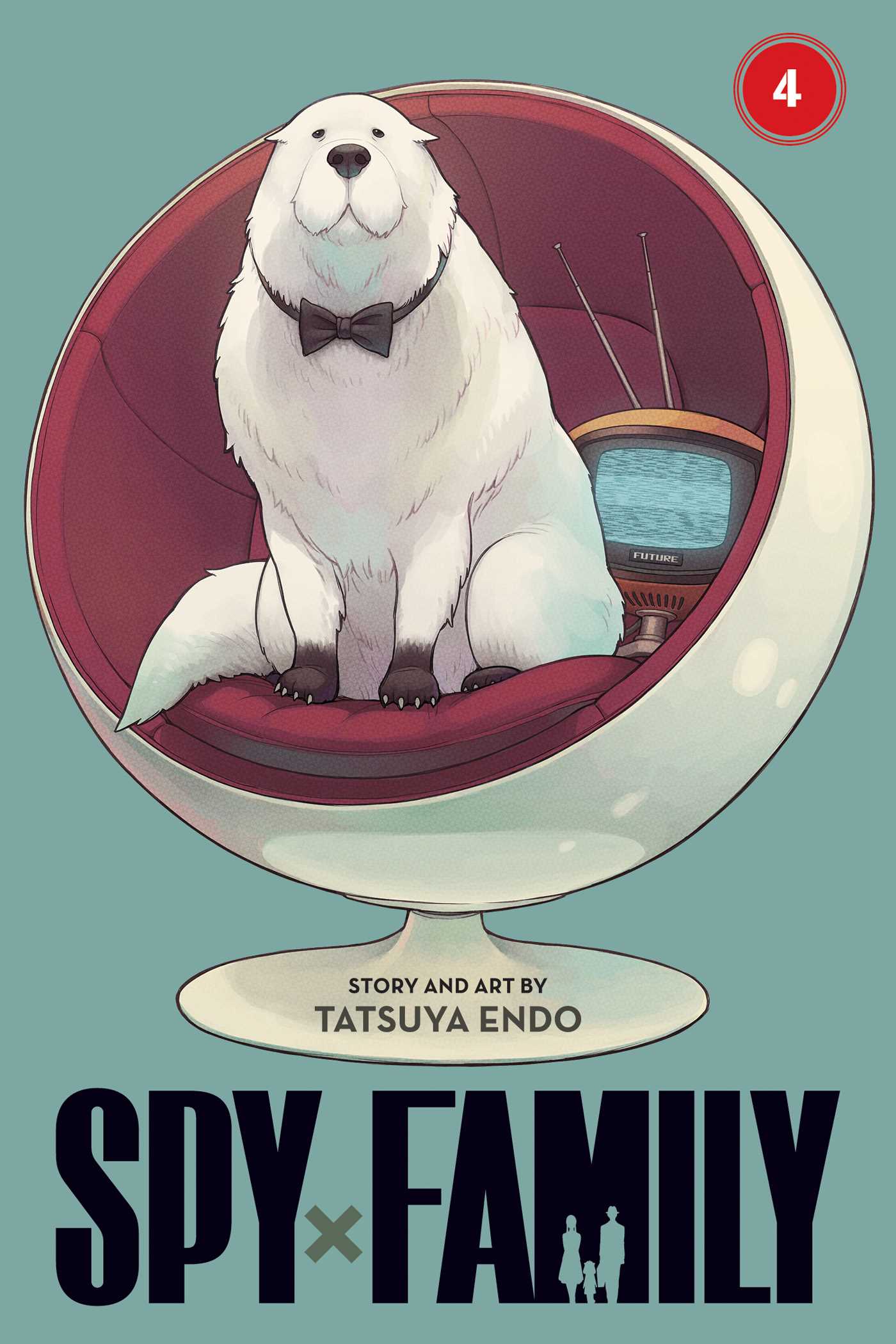 The Forgers look into adding a dog to their family, but this is no easy task—especially when Twilight has to simultaneously foil an assassination plot against a foreign minister! The perpetrators plan to use specially trained dogs for the attack, but Twilight gets some unexpected help to stop these terrorists.

When I saw this cover, I was immediately excited because THEY ARE GETTING A DOG OMG! Anya has asked Lloyd for a dog as a reward for earning a Stella star, and in the interest of keeping her motivated for his mission *ahem* doting on his daughter *ahem*, he agrees. Getting a new dog is an adventure, though, since the ones usually used by his agency are the, well, trained dogs, which intimidate Anya a bit. So instead Yor and Anya head over to an adoption fair, while Twilight is called in to help with the security of his country’s envoy sent here for diplomatic talks, who is being threatened by some isolationist college groups. They have caught an inside guy who has information that Twilight helps extract, and when they find out that they are using bombs strapped to trained dogs as the vehicle for assassination, they have to move to get the rest of the terrorist group.

Anya, meanwhile, stumbles upon the meeting of said group while following an interesting dog from the fair – a dog she feels is psychic like her. Unfortunately, she is caught by the terrorists, but no need to fear, her mother Yor is here! Yor, in her typical badass style, basically goes feral to get her daughter out of their hands, and even nicely tie them up for the authorities to get them. But the problems are not over, since there is minister to save, a bomb to stop, and an explosion to be contained. From their own respective paths, the three of them manage to save the day, though I feel Twilight is the one who really dodges a bullet here.

We get to meet his colleagues, and see what they think of this ‘family’ mission. BTW, he needs a LONG vacation to recover from all the stress this mission is giving him, the poor fellow! We also get a hint at his growing feelings for his family, as he comments on how when the mission is over, they would have to go their separate ways. Still, they now have a dog, and they name him Bond and they are all so cute together!!!