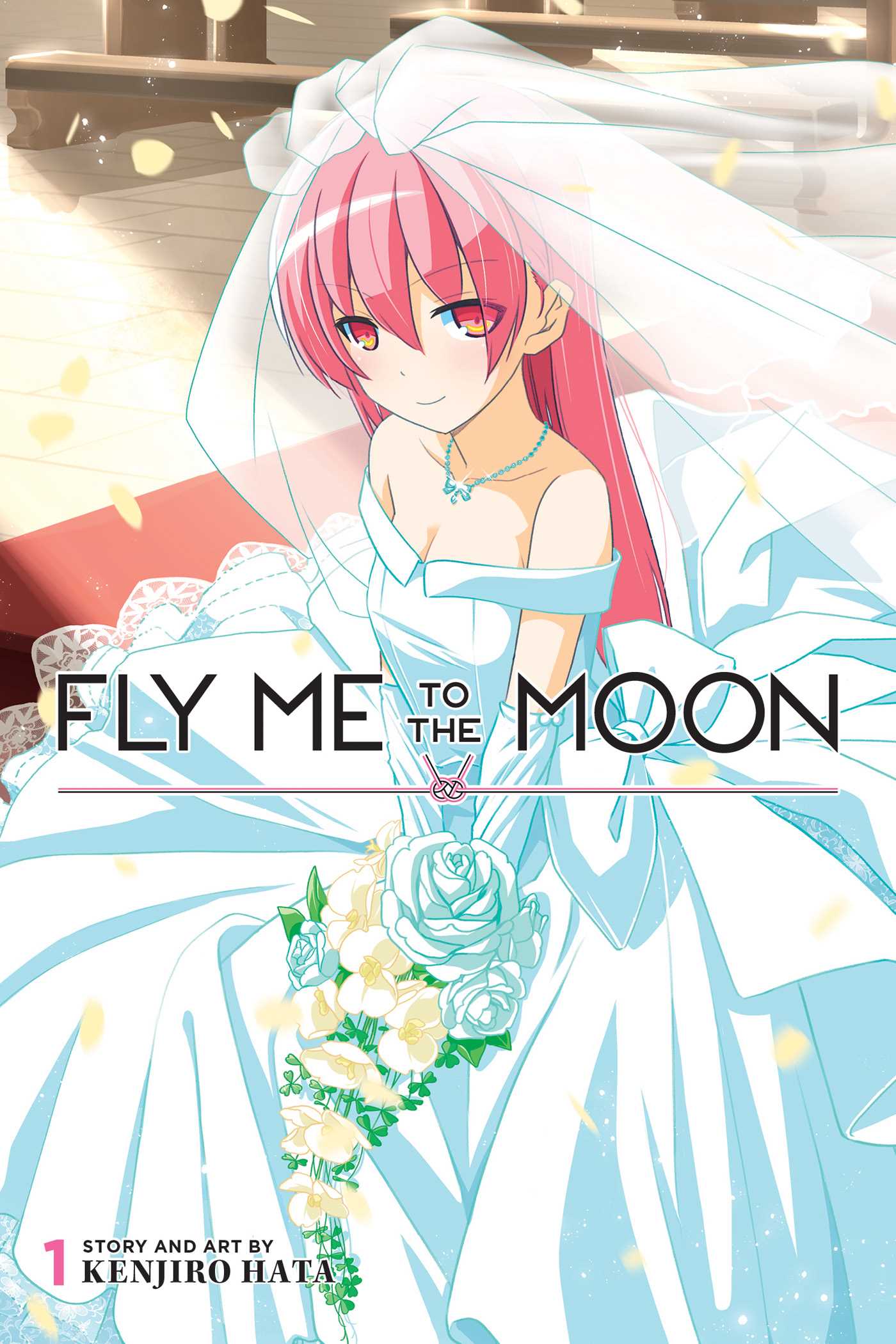 Fly Me to the Moon is a rom-com about a couple whose relationship starts with a marriage. 3 years ago, when Nasa Yuzaki was about to enter high school, he sees Tsukasa and immediately gets into an accident because he kept staring at her. She saves his life by taking the brunt of the vehicular hit, and he impulsively asks her out, to which she says yes only on the condition that they be married, and then she leaves, reappearing into his life in the present. Practically spellbound by her beauty, he reaffirms his desire to date her, and they get promptly married, and thus begins their relationship.

Now, I don’t need to tell you how wacky the idea is but about marrying a complete stranger, but in Nasa’s case he is like spellbound by her beauty and the boy is 18, and obviously never been in love, so we can cut him some slack I guess. Tsukasa is the main mystery here, and it is really not in the sinister sense. She does seem otherworldly and the author is keeping her backstory/identity under wraps for now. She does have some connection to the moon, because Nasa promptly thinks of Princess Kaguya when he sees her.

As for the plot, there’s not much but them settling in on the first day (more like night) of their marriage. It is not only miraculous that they meet in the evening, submit their marriage registrations that night itself (apparently that particular ward office is open at even 11pm for this purpose), but then also she goes out to get her stuff, and then they again go out to buy a futon for her as his bed is too small (thank goodness for 24×7 discount stores I guess?), then somehow manage to sleep at 4am, after which Nasa is unable to sleep because hello he has a wife and it is just hitting him. I am just saying there is a lot packed in there in one night. And Nasa’s mostly like ‘OMG she is so cute’ and Tsukasa is cute, yes, but it does get old after some time and this is only the first volume, okay.

The artwork is okay, I guess, but they look like middle schoolers even when they are like 16 and 18? Also, now I am like, Tsukasa why you gotta get married at 16? And are you like forever 16? I don’t think so because when he first meets her, he comments that she looks his age or younger. So she grows, I guess, though the artwork doesn’t reflect that, for either of them.

3 thoughts on “ARC Review: Fly Me to the Moon, Vol. 1 by Kenjiro Hata”