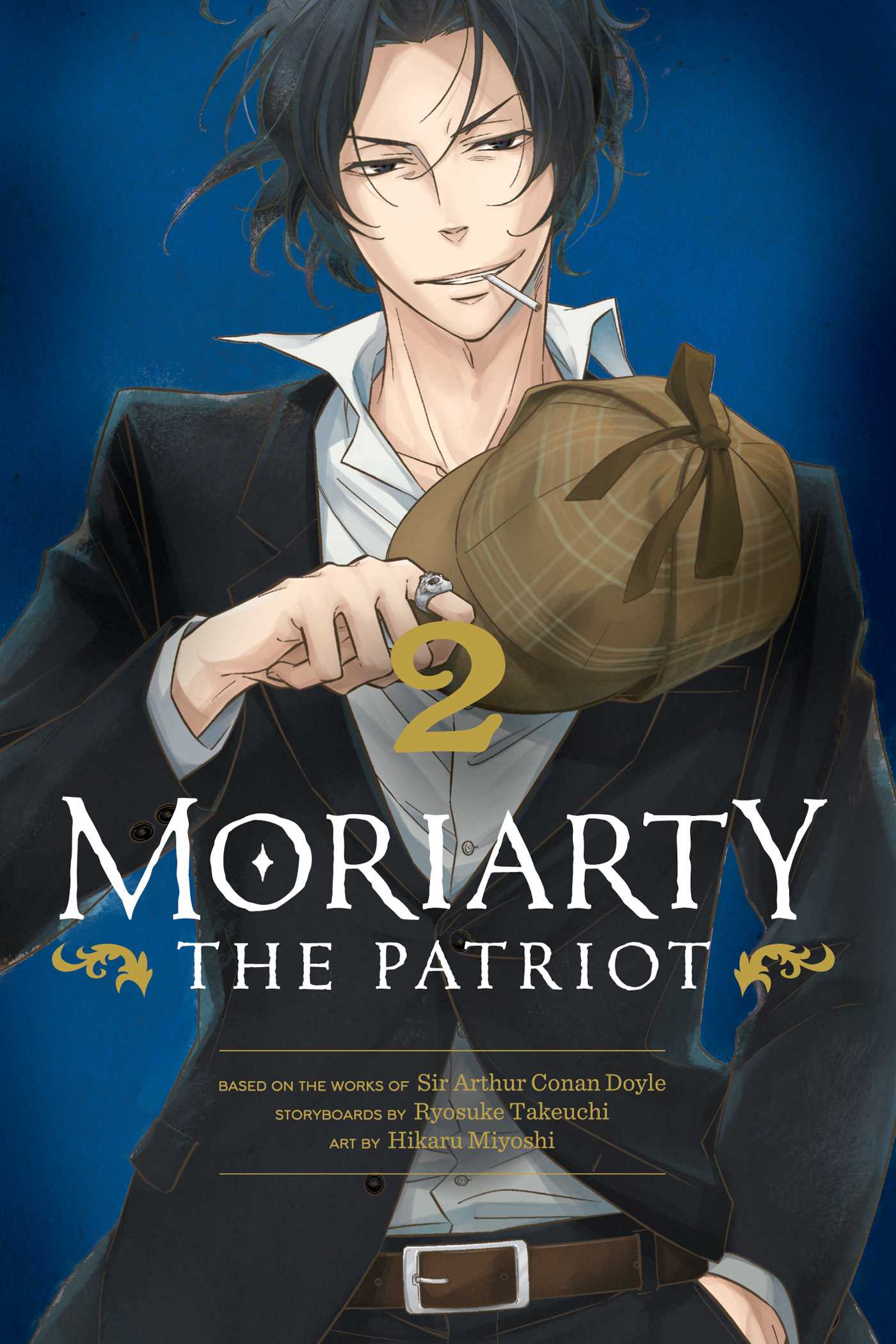 Moriarty the Patriot, Vol. 2 by Ryōsuke Takeuchi
My rating: 4 of 5 stars

Before he was Sherlock’s rival, Moriarty fought against the unfair class caste system in London by making sure corrupt nobility got their comeuppance. But even the best-intentioned plans can spin out of control—will Moriarty’s dream of a more just and equal world turn him into a hero…or a monster?

After successfully establishing a foothold in Durham and cleansing the city of some of its corruption, William James Moriarty sets his sights on London. To make headway there, he needs the aid of his brother Albert. But while on his way to London, Moriarty is kidnapped by a gang of criminals! He needs Albert sooner than he thought, but will Albert be able to save him in time?

After the two short arcs in the previous volume, it seems the story is about to delve into its main plot, as Sherlock is introduced in this book. But first, we get a story which is mostly on Albert’s side of things – as a Lt Colonel in the Army, he attends a council where they discuss the threat of a new Opium variant that could be connected to some aristocrat, which is why the military is hesitating to act upon it. Also, he hears rumors of a new shadow branch of the military being created; thinking that this would be useful to control for their purposes, he gets William involved. William, meanwhile, has come to London (along with Louis, Fred and Sebastian) to present his thesis at the Royal Society and gotten kidnapped! Leading the search is Albert, of course, and well, all I can say is that they are hitting three birds with one stone here.

Moving onto the longer arc, William declares to his allies that his plans for reforming the class system and ensuring equality for all has him with a ‘its gets worse before it gets better’ kind of plan for London. He wants to create crimes so open and shocking that people would have to take notice, and his first target is a Count called Blitz Enders (I did have a chuckle at that name) and the stage is the maiden voyage of a cruise ship Noahtic. With more people involved, William’s plan hinges on his target, too, but no matter since he has contingencies prepared; what he wasn’t prepared for is a sharp-eyed man whose genius rivals his own. There’s murder and mayhem and a shocking scandal to rock the House of Lords and tip the balance in the favor of the House of Commons.

William, though, gets interested in using Sherlock in his grand schemes. This was interesting because I thought the way their paths would cross and entangle into each other would be Sherlock messing up William’s plans, but instead William wants to make him the ‘hero’ of his grand plans, unwittingly, of course. Sidebar – their first meeting with each other was amazing! Both of them being surprised with the deductive skills of the other, and William having the upper hand, for now! Will Sherlock unknowingly be a perfect puppet for William, or will he keep surprising the latter? I’m eager to know!

The book also starts off a new arc (and William’s first plan regarding Sherlock), introducing us to Watson, Ms Hudson and Lestrade! Watson is already amazed by Sherlock, and I can’t wait for him to be as exasperated as Ms Hudson, haha. Oh, and I feel like Sherlock’s actions towards her in the tavern are unwarranted, when she considers him family. Finally, with the cliffhanger in this one, the next book can’t come soon enough!

Previous book in the Moriarty the Patriot/Yuukoku no Moriarty series