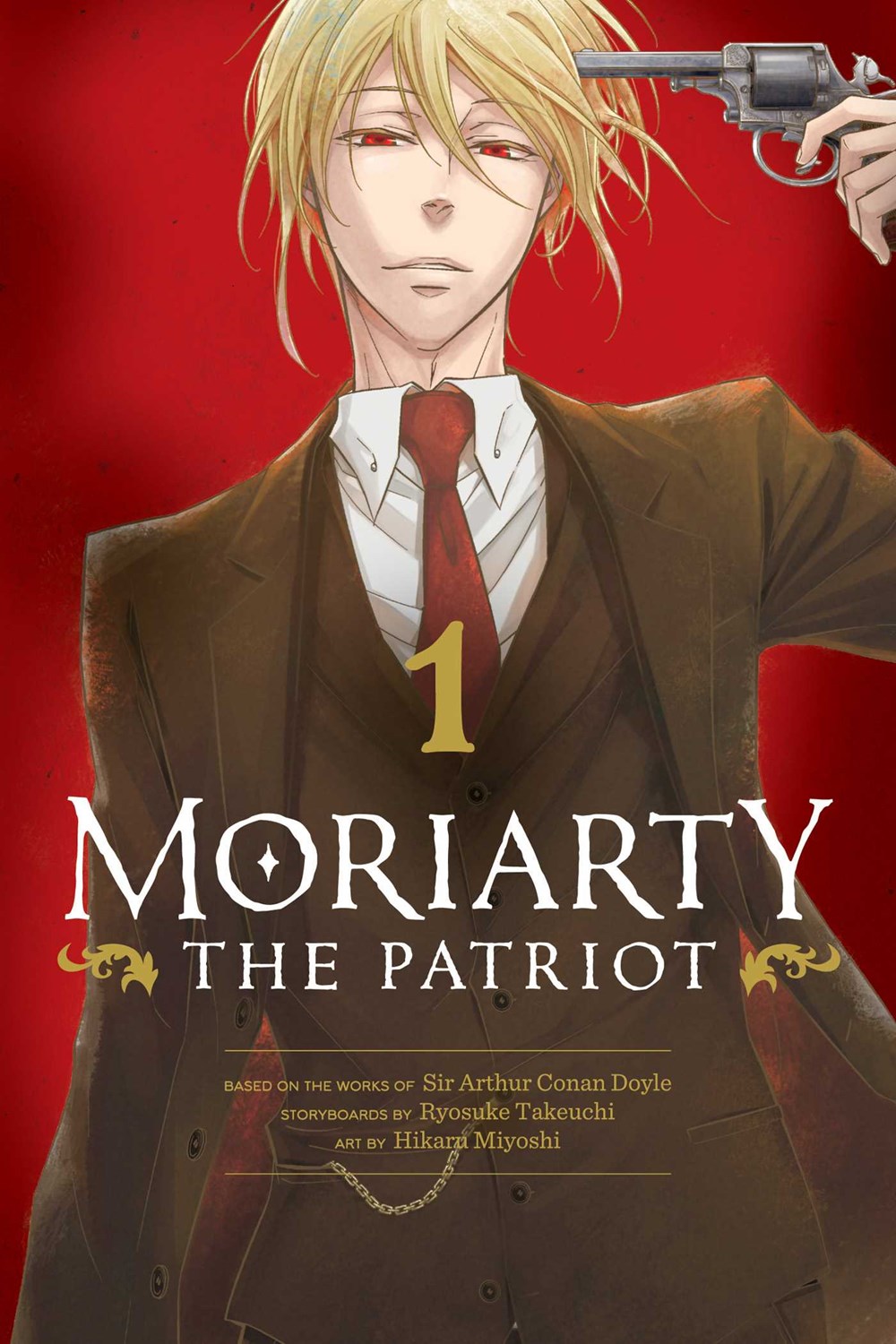 Moriarty the Patriot, Vol. 1 by Ryōsuke Takeuchi
My rating: 4 of 5 stars

Before he was Sherlock’s rival, Moriarty fought against the unfair class caste system in London by making sure corrupt nobility got their comeuppance. But even the best-intentioned plans can spin out of control—will Moriarty’s dream of a more just and equal world turn him into a hero…or a monster?

A Sherlock retelling from the PoV of Moriarty? This ought to be fun, is what I thought going into this and I was not disappointed in the least! This first volume introduces us to Moriarty, as in William Moriarty, who is an orphan, as is his brother, Louis, who come to be adopted into the Moriarty family through their eldest son, Albert. The rest of the family, however, is like typical British nobility of the time – too high and mighty, and are abusive towards the two, despite Albert’s protection. He is sickened by his family, and upon finding William (whose original name is not mentioned; he later takes on the name of Albert’s real younger brother), who even as a child is a prodigy and is charismatic enough to rally a group of other kids into fighting against evil noblemen, he sees someone who can help him envision a new future for Britain, one that isn’t tied to its cruel caste system that crushes the lower classes. I wish it touched upon colonialism, too, but I will hope that future volumes bring that up.

Anyway, Albert adopts the two as his brothers, gets rid of the family, and we skip forward years later, to when William becomes a Mathematics professor at Durham university (and they all move there), moonlighting as a ‘consultant’ who helps people get their revenge/justice against nobles who have harmed them. New to the town as landowners, they see how the people have suffered there and their first target is the other landowner who levies high taxes on his farmers. A farmer couple have a personal grievance against him, as he refused to help when their child was sick, leading to death; now, William, with his brothers, gets them an ‘in’ to exact their revenge. The next story concerns a student of William, whose lover was murdered in mysterious circumstances. While not directly ‘consulted’, William takes on the case anyway, to bring justice to the young woman. In the process, we are introduced to two more of his allies, Sebastian Moran and Fred Porlock, and I am interested in how they got together.

The artwork is nice, and does well to set up the scenery and everything. The short story style lends to complete arcs, while also establishing the main character’s larger arcs. The Moriarty brothers have been hard at work, it seems, since they got rid of the family, and building allies, while we also see how William chooses his targets, and he is not indiscriminate about noble or not – anyone who upholds the aristocratic class with violence is fair game to him, as seen in the second story. Louis’ characterization seems pretty simple so far – he is his brother’s biggest fan, and helper. Albert has a cavalier persona for his peers but is quite ruthless when called to the occasion, and his establishing moment as a character itself was quite strong. Sherlock doesn’t make an appearance (yet), but I am not troubled by it – seeing the Moriarty brothers exact vengeance is interesting on its own.

Also check out its anime adaptation!