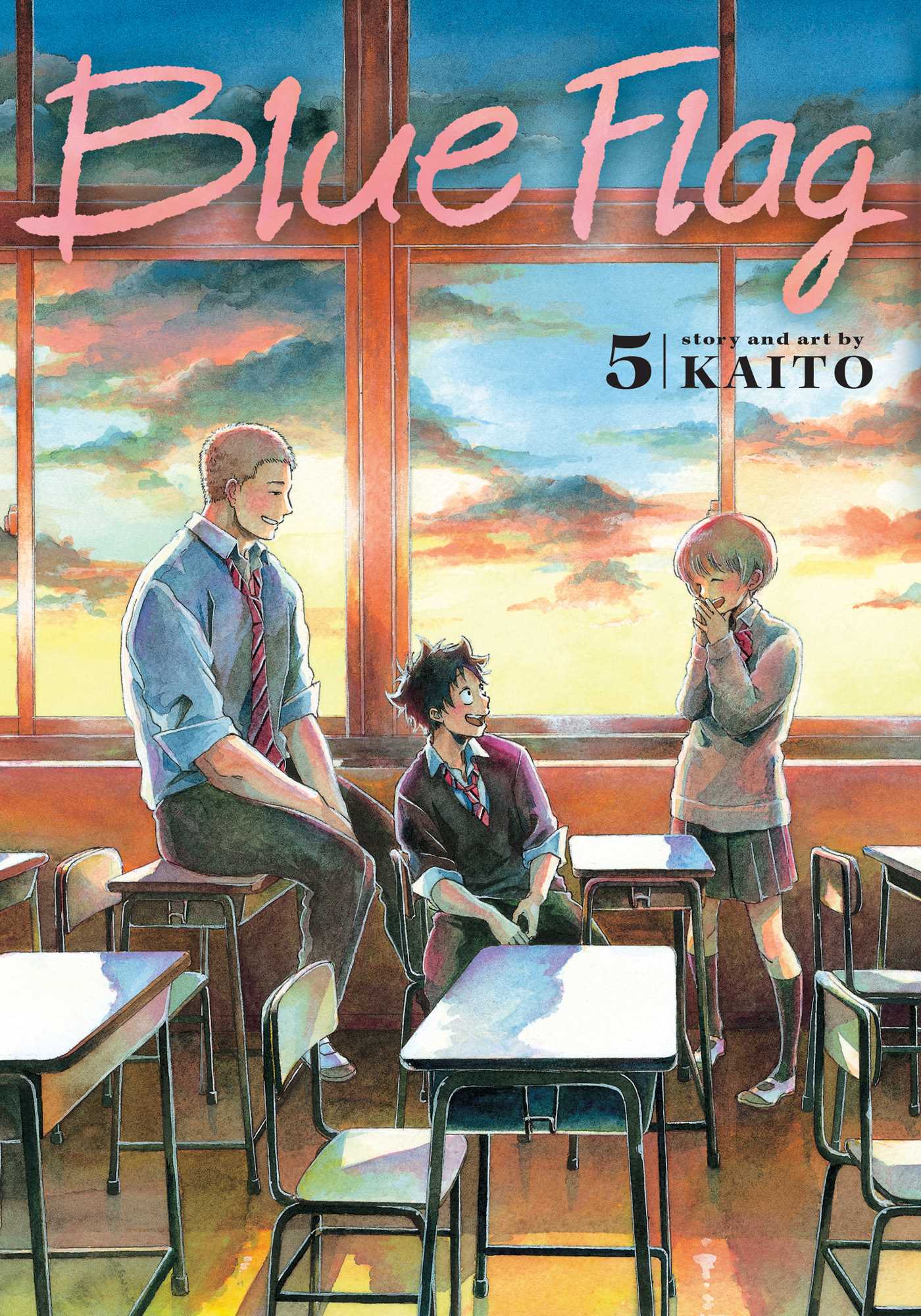 It’s official! Taichi and Futaba are a couple, and Taichi excitedly breaks the news to Toma. But things quickly grow awkward between the two friends, and Toma becomes more distant. Meanwhile, Toma’s friend Mami starts to get on Taichi’s case about Toma’s change in attitude. But there is more to this girlie girl than meets the eye…

So, Taichi and Futaba start dating, and this volume has them figuring out their new relationship. While the previous volumes had themes of differentiating romantic feelings from platonic ones, this book talks about people misunderstanding platonic feelings for romantic ones, especially when it comes to different sexes. It is largely centered on Mami – the girl who is in Toma’s friend group and has a crush on him. In this book, she strikes up a friendship with Taichi and his geek group when she finds the video games they play interesting, and joins in.

Now, classmates and people around them think she has ulterior motives for befriending Taichi (this reader is guilty, too, thanks to the shoujo trope) and Masumi thinks Mami is trying to break up Futaba and Taichi. Because Futaba already has an insecure disposition, Masumi forces a confrontation with Mami, where the latter girl gets to finally say her piece regarding gendered stereotypes and rant about different-sex relationships always being looked at with suspicion of turning romantic in nature. We also see Mami’s past friendships in middle school, and how she tried to fight against her feminine image, and eventually tiring of it all, and choosing to be herself and be sincere in her friendships. Side note: I loved her and Shingo’s friendship a lot, too!

Blue Flag continues its streak of bringing up topics that teenagers often face, and viewing it from a non-heteronormative angle, while also exploring the changing relationships between these characters that I have come to love so much!