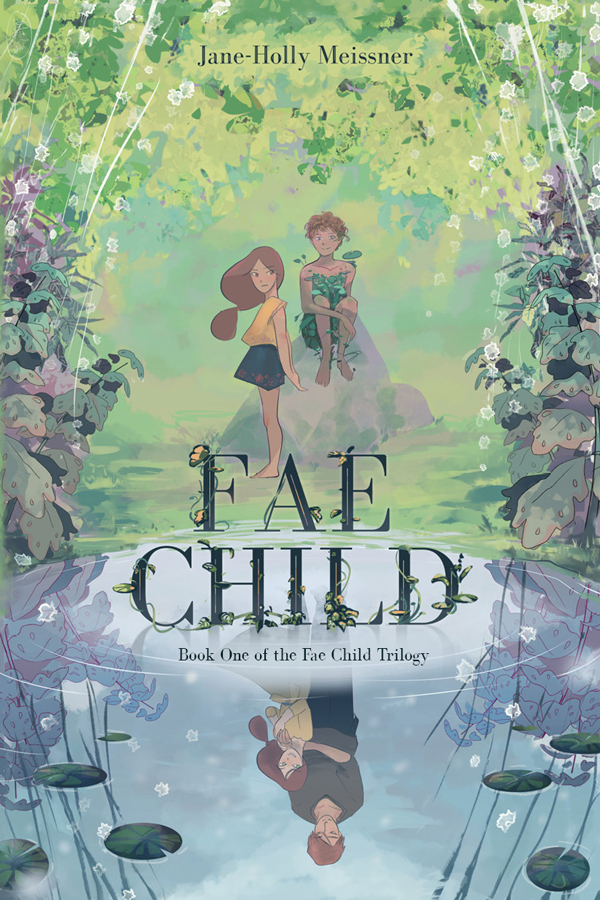 Fae Child by Jane-Holly Meissner
My rating: 3.5 of 5 stars

When eight-year-old Abbie Brown discovers a quiet pool of water while wandering through the woods behind her Oregon home, she wades out into it and discovers she’s not alone. A wild-haired boy in green stares at her from the other side of the water. Mesmerized, Abbie reaches down to him and is yanked underwater.

She emerges on the other side as an unwelcome visitor to the Otherworld, the land of the Fae, with only the boy Foster to guide her. Back in Oregon, a changeling lookalike has taken her place, bonding with her mother while her father, hiding a secret of his own, views the “girl” with suspicion.

In the courts of the Fae a truce has long been in place between Winter and Summer. What havoc might a human child wreak in the careful machinations of beings older than time? And to what lengths will Abbie’s father go to get her back?

Firstly, I had assumed from the cover of the book that it would be a graphic novel, so imagine my surprise when I found prose inside instead! Still, in whichever format, its premise is interesting – a girl, Abby, is pulled into Faerie the Otherworld, and she tries to find a way back, while a changeling has taken her place in her family. The difference in this story, from other similar fae-themed ones is the dual PoV has Abby and her father both telling the stories from their respective sides. Abby was pulled by a Summer Elf through a portal and is looking to find a way to either of the Gates (which are heavily monitored by the respective Summer and Winter Queens BTW) so that she can return home. Along the way, she meets another human like her, Charles, and a wolf, Nadeine, who help her through her journey, while they are all chased by the wolves of the Summer Queen and other dangers like the harsh winter. Meanwhile, her father, Dan, who knows that the changeling is not his daughter, is seeking a way to get into the Otherworld to rescue her.

The adventure portion of the book is quite exciting, and the way the Otherworld is described, and how it incorporates various fairy legends and also Peter Pan makes for an interesting read. Abby is in a strange land, and being only 8, she is partly awed by the magic but mostly scared because of all the dangers. Add to that, there are the rules of this world, like binding Bargains, or tricky Wee Folk that she has to steer clear of, as well as who is trustworthy, especially when they say they know her father – all these are the challenges she face, while also awakening something in her. Dan, meanwhile, has to resort to some old allies and acquaintances to forge a way, and one path has him having to decide between saving his daughter or putting his wife in harm’s way. The dual perspective works well to fill in the blanks, though I feel this book doesn’t make it clear on what exactly led to the Bargain that shut out the human world from the Otherworld, and why there was a need for a sacrifice on part of the exiles. Also, the timeline can be a bit iffy. The ending brings more questions with it, and though it gives a satisfying conclusion to Abby’s story I am intrigued in what exactly happened over in Winter.

Received an advance reader copy in exchange for a fair review from Inkshares, via Netgalley.