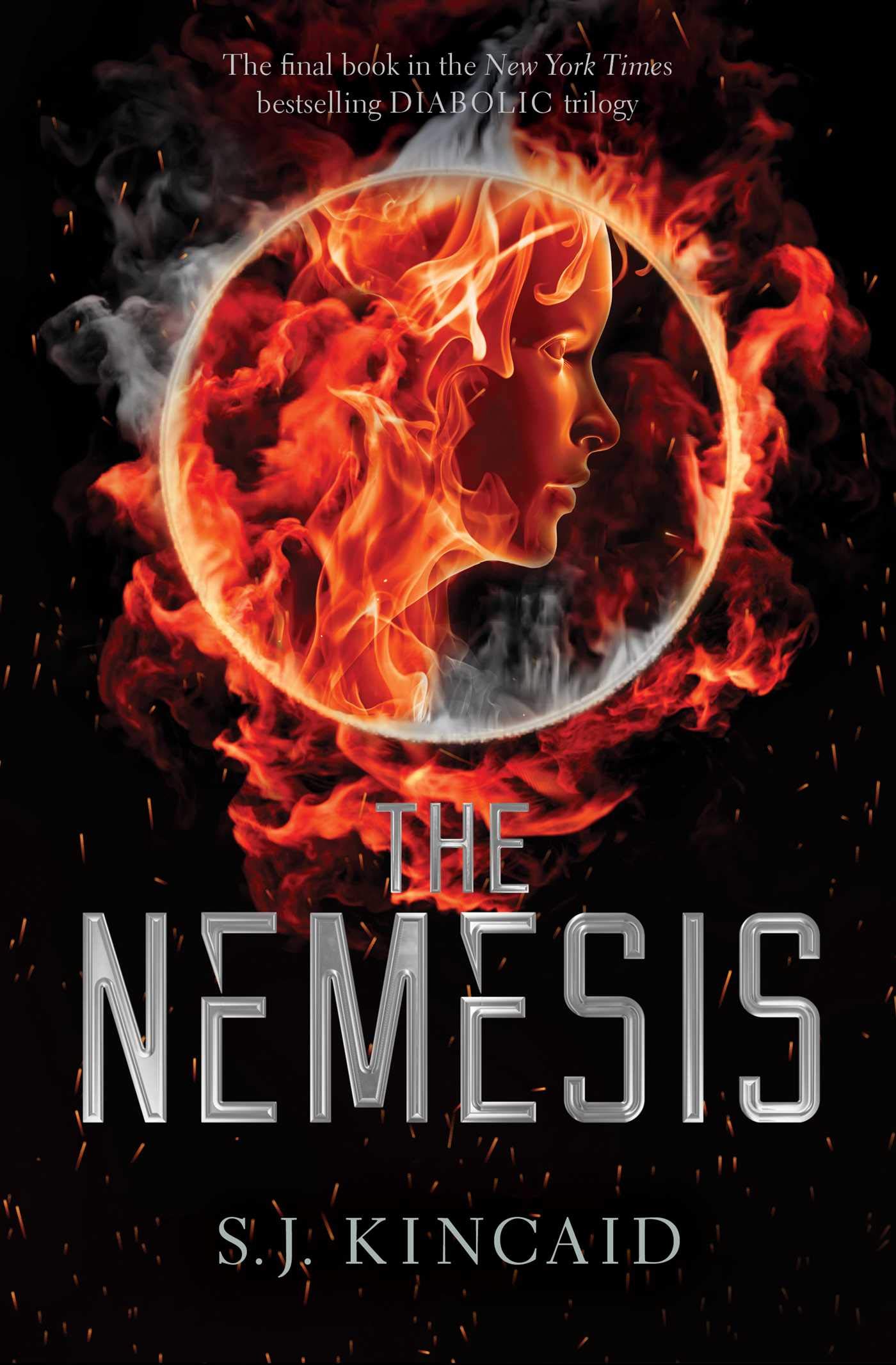 The Nemesis by S.J. Kincaid
My rating: 5 of 5 stars

Three years ago, Tyrus Domitrian shocked the universe by killing the woman he swore to love forever. The woman for whom he upended the Empire. The woman with whom he wanted to build a new, and brighter, future.

Now, the once-idealistic heir apparent has become the cruel Emperor Tyrus, wielding his authority with an iron fist, capable of destroying galaxies with a single word, controlling all technology with a simple thought. He has bent the Grandiolquy to their knees, and none have the power to stand against him.

As I have said before in its review, The Empress wrecked my heart. The solid urge to go ‘don’t hurt them please’ to the author was a constant, and this book didn’t let up either! You think you got all the angst and betrayals in the last book, but nope, there was more coming. This story picks up many years later into Tyrus’s solo regime, with one event that took place 2 years into it also a turning point for Nemesis. When the Partisans first made her a rallying cry, she takes up the mantle, however reluctantly because she is the only one to go up against him. At a crucial moment she falters, and seeing Tyrus’ further moral blackening, she feels guilty about the choices she made that led to his torture. She is set against him once again when she is recognized and he calls upon her to become his Empress once again, holding Anguish’s (who is like a brother to her by now) life in the balance. Newly encouraged, she sets her own plans in motion against him, to bring him and the entire Domitrian empire down.

Firstly, the book depicts Nemesis’ mental state and consciousness being placed in difficult scenarios so well. She, who has never asked to be the one the Excess stand behind, is made into a figurehead and expected to topple an Empire that has been reigning for centuries. And she is also tormented by her love for the old Tyrus and the hatred she feels for the megalomaniac he becomes. She blames herself for being a catalyst for that path of his, and wonders what could have been if they had changed this decision or that decision, and how much better the empire would fare if he could still be that idealistic. Anguish understands her dilemma well, and there is quite a bit of conversation about the meaning of humanity and how Diabolics have their own form of it, even if they have been programmed to be weapons, and how their love isn’t always easy. Nemesis’ and Tyrus’ love was such a huge part of The Empire, and I like that it is still continued to be explored in this book.

Meanwhile, over on Tyrus’ side, we first see him as a child in the prologue, when he is exposed to the Domitrian family. It seems minor when you first start the story, but it explains itself into a formative experience for him. His descent into tyranny escalates into him claiming himself to be a god, to seize total power from even the religious faction. People are expected to fall in line with this new religious declaration or face consequences. The Grandiloquy obviously are bending over backwards for the elaborate favors he grants them, but the Partisans are trying to rally the masses into revolution. But with an Emperor who controls surveillance devices as well as all of the armament directly, and also being able to manipulate malignant space, going up against him directly is no easy feat.

The book was some interesting twists, some on the part of Tyrus, some on the part of Nemesis, some on the part of Neveni, all of them having their own plans that they want to see come to fruition, and maneuvering others to do so. There are space battles, there are heart-breaking scenes, there are sweet moments – this book will take you on a rollercoaster of emotions. The way the revolution is framed mirrors the rise and fall of the Trump administration (or at least what the fall was idealistically imagined as) – the rising of the people to say enough is enough and take charge of power themselves. The moral ambiguity of the characters is also thrilling, because you never know what the characters are going to do next – even Nemesis hides things from the reader. Did I want to strangle Tyrus a few times because like why would he go so far? Yes. Coupled with the excellent narration, I was enjoying this book so much! It is an awesome finale of a book, and a good conclusion for the plotlines and the characters. I won’t spoil the final ending, but my heart was truly satisfied with it! *hugs the book*

Previous books in the Diabolic series