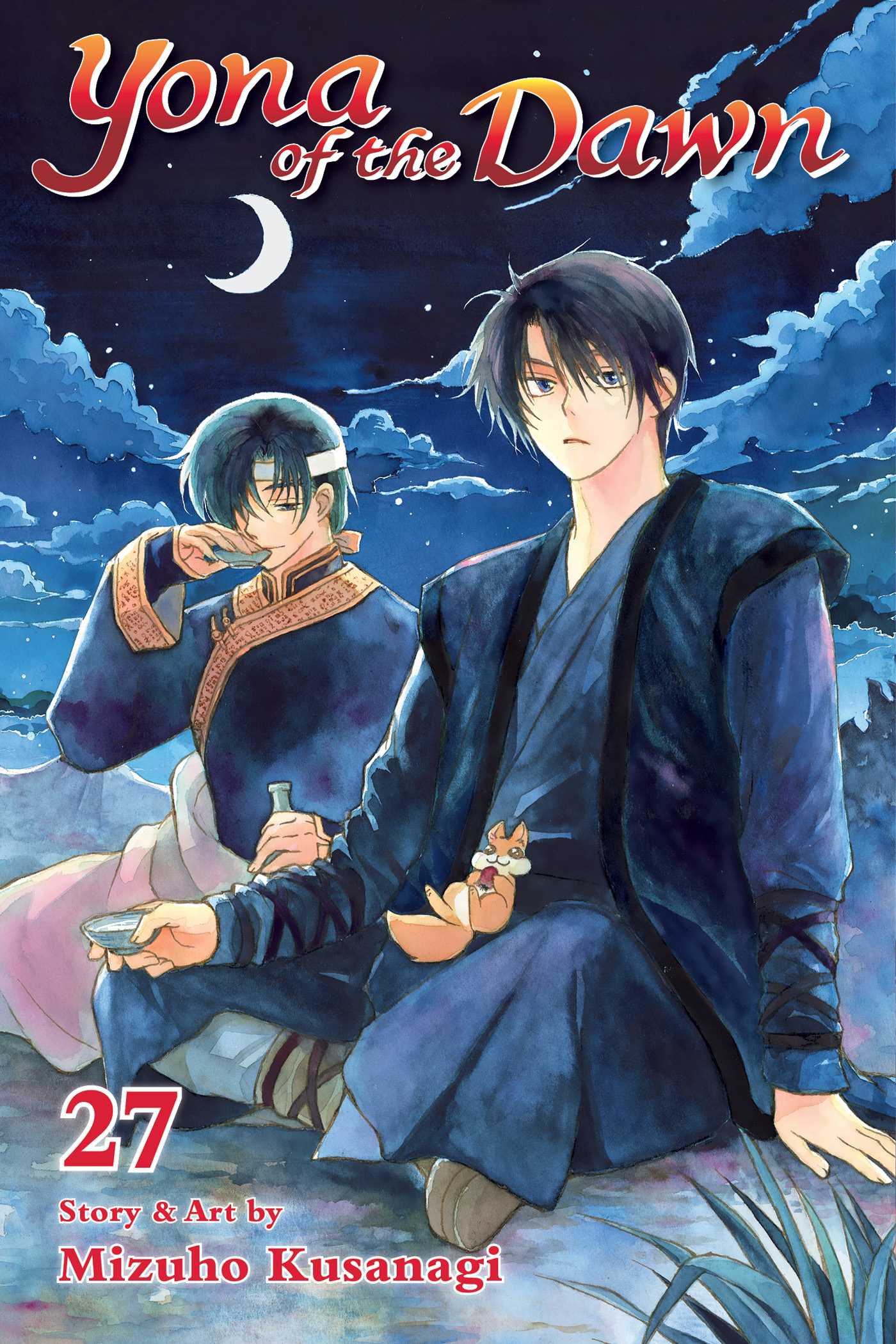 After unleashing their powers to save Yona, the Four Dragons lose consciousness and collapse! Su-won and the Kohka army arrive to participate in a summit with Xing, but Priest Gobi’s anti-war faction members attack Princess Kouren! Can the nation of Xing achieve peace with all this infighting threatening its foundation?

With the Xing affairs in order, the Happy Hungry Bunch is on their way back towards the capital city, so that the dragons can recover; interestingly, more information is given about the King Hiryuu and the bond between him and the dragons, as well as his tomb/shrine from where the dragons get their powers. However, they all cannot enjoy the peace for long, as Kouka is attacked by the Kai empire via Fire Tribe border, and they decide to go help them fend off the attack. Meanwhile, over in Fire Tribe territory, Tae-Jun is just getting reamed out by his older brother, Kyo-ga for possibly raising a false alarm (he doesn’t yet know Tae-Jun did it on Yona’s request) when a real cause of alarm is raised as the Kai empire attacks. As Yona and co arrive and demonstrate their battle prowess, the Fire Tribe soldiers are invigorated, which makes Kyo-ga nervous.

A new development after Yona’s appearance during the events of the Xing arc is that she and Hak have been seen and recognized along with four superhuman people, and rumors spread quickly throughout the kingdom about how they saved people. That, and their past exploits are starting to give them a legendary status among the people, especially because she was supposed to be dead, and Hak was supposed to be a traitor, as per the palace’s news. And within the Fire tribe, where their belief in the religion is stronger, they start to think her as the second coming of Hiryuu, a rumor that has both Kyo-ga, and Kye-Soo (Soo-Won’s advisor) wary of her presence. Even if Soo-Won himself professes no desire to control the dragons at the moment, Yona’s increasing political power is already starting to feel like a threat by those close to him.

However, the volume is not really as serious as I made it out to be above. It is indeed quite light-hearted for the most part, with the fallout of Hak’s confession explored, some teasing going on, and then a lot of comic moments involving Tae-jun. The dragons have an amusing scene concerning one Fire Tribe general. There’s also scenes within the palace, about how Soo-won’s and Riri’s relationship is viewed by people there; Soo-won admits to Riri that he is sort of using her as a shield from serious marriage offers. Riri, meanwhile, is conflicted about her position between Soo-won and Yona. Hak, too, ponders about why he is not able to let go, even though Yona seems to have (she gave away the gift from Soo-won), and how he will face him the next time; there’s so much angst here!