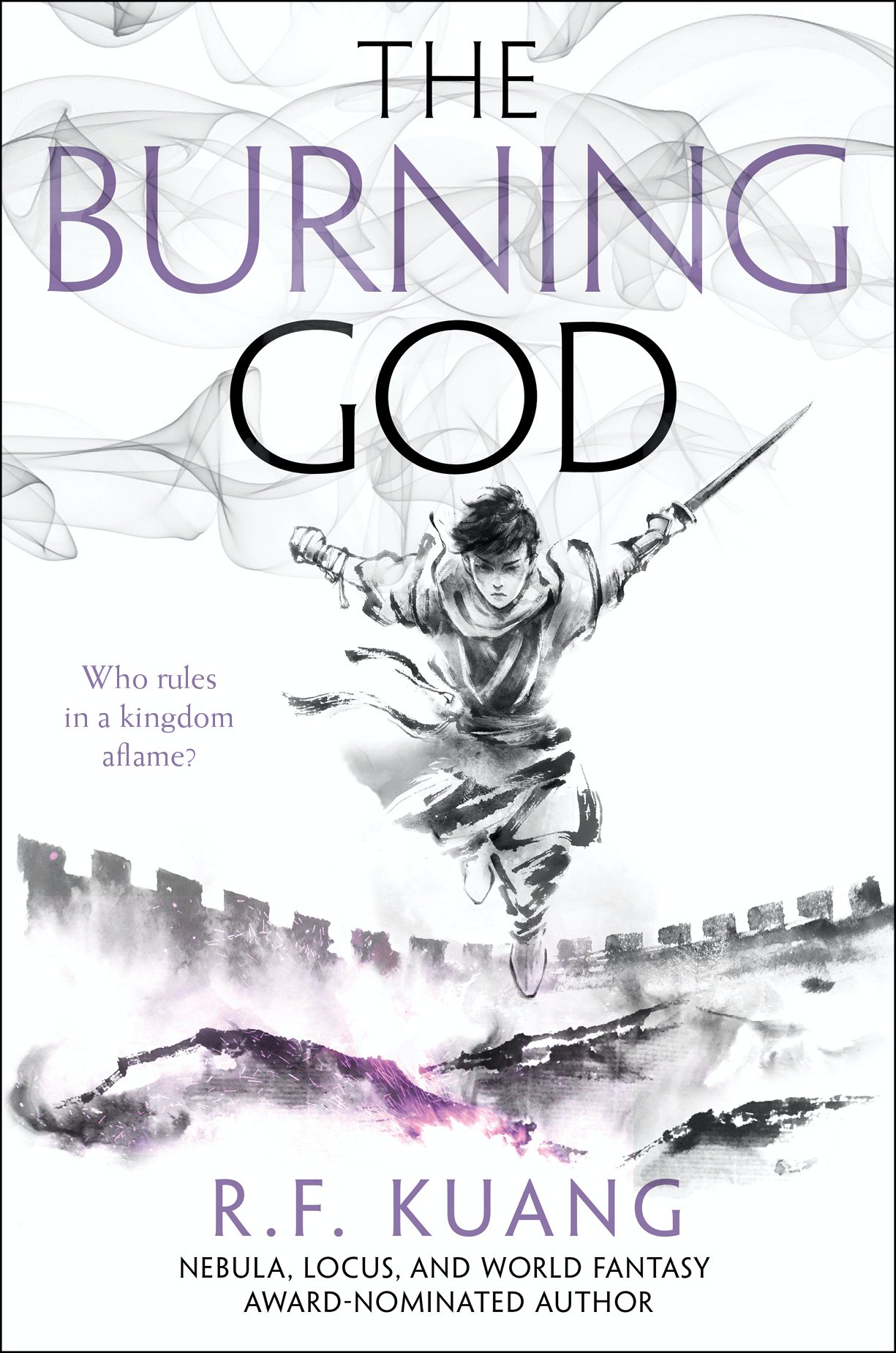 After saving her nation of Nikan from foreign invaders and battling the evil Empress Su Daji in a brutal civil war, Fang Runin was betrayed by allies and left for dead.

Despite her losses, Rin hasn’t given up on those for whom she has sacrificed so much—the people of the southern provinces and especially Tikany, the village that is her home. Returning to her roots, Rin meets difficult challenges—and unexpected opportunities. While her new allies in the Southern Coalition leadership are sly and untrustworthy, Rin quickly realizes that the real power in Nikan lies with the millions of common people who thirst for vengeance and revere her as a goddess of salvation.

Backed by the masses and her Southern Army, Rin will use every weapon to defeat the Dragon Republic, the colonizing Hesperians, and all who threaten the shamanic arts and their practitioners. As her power and influence grows, though, will she be strong enough to resist the Phoenix’s intoxicating voice urging her to burn the world and everything in it?

Note: this is not a YA book

“I am the force of creation…..I am the end and the beginning. The world is a painting and I hold the brush. I am a god.”

The end to The Poppy War trilogy is a fiery finish of a book, and it is brimming with Rin’s rage and also her transformation into a vengeful god. At the end of The Dragon Republic, Rin was left betrayed, yet again, by someone she looked up to, and someone she loved. Now, she is leading the Southern provinces, who are holding out against the Republic established by the Yin family. While the latter is still finishing up matters up north, Rin is trying to shape up the army and gain command of it by proving herself to the Southern Coalition, so that she can dethrone Yin from his kingly seat, and drive out the Hesperians from her lands. But the path is hard, which is an understatement when your enemy has advanced weapons technology and you are only a single shaman raging against them. Along the way, her many attempts to fight against them lead her down different avenues, searching for allies in risky places, and at the core is still the question of what comes next if she does win this war.

The only way to live with your transgressions, Rin had learned, was to lock them away in your mind and leave them in the abyss.

Going into this book, I was already prepared for how Rin’s story would end – for a character who has been through so much trauma and violence over two books, who has known only war when she came of age, who is still haunted by the ghosts of her crimes, it is difficult to imagine a Mockingjay-esque ending where she indulges in some cottagecore fantasy. Her story is also tied into the story of Nikan, which has had horrors visited upon it for the last few years, especially, and in the middle of a civil war, is being destroyed all over by warring armies, and for both, a happy ending is a hard-won thing. This book is entirely almost war – it is more brutal that the previous two, and is quite focused on this personal battle between her and Nezha, which is also her driving force. Meanwhile, the influence of Hesperian imperialism has already soaked into Nikan, and when Rin sees firsthand the changes they have wrought, she is horrified but also awestruck in that it feels like a losing battle. To combat them, she would need the power of gods, as in, some powerful shamans, STAT. Like I said, the war takes her on some unexpected routes.

Every day since the end of the Third Poppy War, Rin had learned that her victory on Speer mattered less and less. War hadn’t ended when Emperor Ryohai perished on the longbow island. War hadn’t ended when Vaisra’s army defeated the Imperial Navy at the Red Cliffs. She’d been so stupid to once think that if she ended the Federation then she’d ended the hurting. War didn’t end, not so cleanly—it just kept building up in little hurts that piled on each other until they exploded afresh into raw new wounds.

Rin’s personal arc feels so expected and yet, so saddening, and I won’t say any further on that because spoilers. I will say, though, that it wasn’t as bad as I had imagined it would be in one particular aspect, but in others it was so heartbreaking. Hers being a story of an anti-hero, it was expected to be dark and brutal, and I had often worried how she will resolve the war, and whether or not she would defeat Nezha, and Kuang surprised me by introducing themes which go further than that. Additionally, her relationship with Kitay was written so well in this book – with their differing ideologies clashing further as the war keeps progressing, and you can feel Kitay’s frustration, his hopelessness, but also empathize somewhat with Rin’s burning need to have her victory at any costs. Nezha’s arc was another surprise, and with how the book ended, I am now interested in his short stories!

For it was wonderful to remember that this land could still be so breathtakingly beautiful, that there was more sewn into the heart of the Twelve Provinces than blood and steel and dirt. That centuries of warfare later, this country was still a canvas for the gods; that their celestial essence still seeped through the cracks between worlds.

Finally, have I still recovered from the book despite preparing myself for how it would end? No, and in fact, I had delayed writing this review because I kept going over it trying to find a way to write this review without spoiling major stuff. I can’t really gush about the brilliance of certain plot twists because they can’t be discussed; I can’t talk about certain characters’ appearances because spoilers; and I can’t talk about how Kuang handled the recurring theme from the previous book about Western imperialization because that would spoil the ending. To be concise, just assume me going ‘whoa’ and ‘WTF’ multiple times during the book. I can’t even tell you what to expect from the ending, because if you have read the previous two, you will obviously want to read this one, so its not like I can recommend it to you further hahaha. Is it satisfactory? I found my answer to be yes.

Is it diverse? largely Chinese-influenced world setting and cast of characters

One thought on “ARC Review: The Burning God by R.F. Kuang”