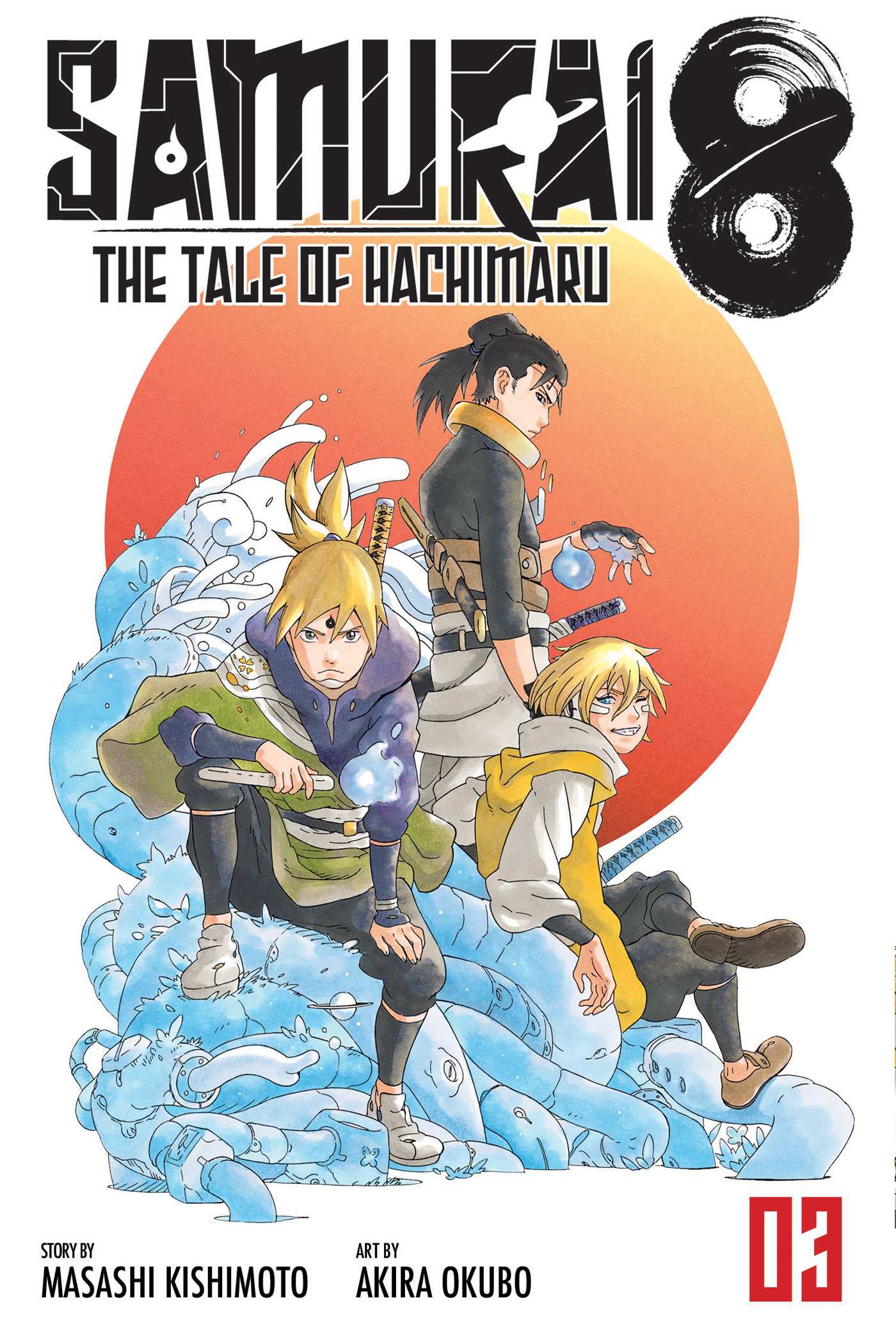 Samurai 8: The Tale of Hachimaru, Vol. 3 by Masashi Kishimoto
My rating: 3 of 5 stars

Hachimaru has survived the attack of the deadly assassin Ata, but he’s not out of danger just yet. When the moon starts plummeting toward the planet, Hachimaru will have to use his master’s powerful technique to save everyone! But in order to save the entire galaxy, the other samurai keys will have to be found. What kinds of trouble await Hachimaru as he leaves his home for the first time?

Hachimaru and Daruma manage to save the planet from the large chunk falling into the atmosphere as well as it being a training moment for the former. With his home saved, they, along with Ann, move on to their journey to find the keys. However, Daruma feels he needs more training, and during a supply run when he learns of a samurai competition with a key holder as the boss, they turn their sights there. They also meet Ryu and Kotsuga, who seem to be, I guess, space ronin? Kotsuga is shifty and Ryu in an amnesiac, the latter being an excellent samurai, so Hachimaru also gets to train with him. The difference in skill is obvious when Hachimaru has to do a risky move to even land a hit on him. And on the planet for the competition itself awaits a battle royale for the samurai.

One thing I especially liked is the focus on Ann – we firstly get to see what princesses do for the samurai besides being something to be protected, and their powers. Another princess-samurai pair appears, and the holes in Hachimaru’s battle sense come to light. Secondly, we also get Ann’s backstory – about her older brother and how she sees him in Hachimaru. (Also, it incidentally adds a piece of world building in that samurai-princess pairs need not necessarily be romantic? so why are the princesses training at their princess school all like samurai are boyfriends?). Finally, as far as the artwork is concerned, it is still a chaotic mess when it comes to the many battle scenes in the book. For once, I would like to know what exactly is going on in the scene!

One thought on “ARC Review: Samurai 8: The Tale of Hachimaru, Vol. 3 by Masashi Kishimoto & Akira Okubo”