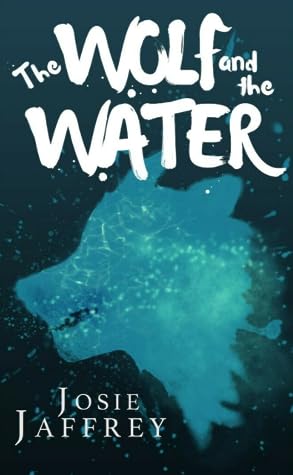 The Wolf and The Water (Deluge #1) by Josie Jaffrey
My Ratings: 4/5

Some secrets are worth killing for

The ancient city of Kepos sits in an isolated valley, cut off from the outside world by a towering wall. Behind it, the souls of the dead clamour for release. Or so the priesthood says.
Kala has never had any reason to doubt their word – until her father dies in suspicious circumstances that implicate the city’s high priest. She’s determined to investigate, but she has a more immediate problem: the laws of the city require her mother to remarry straight away.
Kala’s new stepfather is a monster, but his son Leon is something altogether more dangerous: kind.
With her family fractured and the investigation putting her life in danger, the last thing Kala needs is romance. She would rather ignore Leon entirely, however difficult he makes it. But when she learns the truth of what really clamours behind the wall at the end of the valley, she faces a choice: share what she knows and jeopardise her escape, or abandon him to his fate along with the rest of the city.
If she doesn’t move fast, then no one will make it out of the valley alive.

I received this advance reading copy from Josie Jaffery and Silver Sun Books for an exchange for an honest review.

“It was cool and dark, and the roar of the cascade gave Kala preserve sense of silence. This was a place in which words and noise meant nothing, because there was nothing to be heard except the crash of water. Here, the water ruled.”

Atlantis is quite known in both fictional works and real life. I don’t disregard the accounts of historians about this mythical fabulous city that was sank to the bottom of the sea eons ago or what we could at least salvage to prove its existence. Thankfully books are great way to explore the numerous possibilities of what happened to this once glorious isle and its inhabitants and what their culture was all about and Josie Jaffery delivers in this new duology no doubt about it.

The premise is quite simple for such an imaginative and seclusive world far away from the known civilization. A wall was built to divide the people of Kepos from the outside Valley. People were casted into 10 different tribes living under the guidance of the priesthood and the constant battle of power in this city. Kallista of Glakus leads a very mundane but sad life in her small home. People avoid her because of her deformity, “a curse” as they call it by the gods, think it’s infectious, so they ignore she exists. Her only real person that ever loved her was her father and suddenly he is dead. Now her mother is being remarried and Kala’s world is shifting around and she’s in a race for a life to both survive the new family integrating into her home and the mystery behind this series of murder that might be connected to the wall and who was responsible for her father’s death.

“You really do have a remarkable lack of empathy. Everyone thinks my parents should have abandoned me when I got sick. My life isn’t worth anything here. Can you imagine how that feels?”
“Not really.”
“Like I said: no empathy.”
“But you don’t care what people think, do you? You can do what you want. Isn’t that liberating?”
She stared at him for a blink while irritation scratched under her skin. He didn’t understand.
“I can do what I want as long as I don’t bother anyone,” she said. “You upset people all the time, and you’re untouchable, but if I did that then one day I’d just disappear, like Dao’s brother. I don’t matter.”

I never in my life felt more sorrowful for a character short coming then Kala. She never asked for any of this tremendous hostility from anybody. She is a smart, snarky little bean with incredible brilliant mind for both and nobody will ever bother to care about her opinion. Forgot for a minute how her society treats their women as tools for bargains and they can’t be the leaders of their tribes or get a say to whom they marry, everyone wishes she was dead just because she is crippled. Her way of confronting it is brave in my opinion. Josie didn’t glorified her disability, saying that she was special because it but shown us how fragile and frustrating it is to be a target all the time and yet proven time and again she is capable of doing everything she wants even with a limitation of her physicality. I really adore her determination.

Also can we just mention how incredible the take on the representation of bisexuality for this book we get? Kala is in love with her slave (consensually of course) Melissa and both women are so devastatingly in love that gave my heart so many flatters. Melissa was in love before with her ex husband, also a slave, but ever since she came to the household in Glakos she fallen for Kala as Kala felt that way for her too. Kala also starts developing feeling for Leon of Lykos, her new stepbrother (don’t worry we aren’t going into any incest territory) and their relationship, their attraction is so delicious. You need a knife to cut this sexual tension between them and I’m happy how Josie dealt with both their feelings in the end, at least for the upcoming sequel.

So I’ve mostly talked about Kala her relationship but what about the mystery, the main drive behind this little book? I’d say the murder case is a ‘who done it’ in a very smart outcome. You are certain just like Kala, our unreliable narrator that the solution finally around us but we are proven again and again that we were wrong and I must confessed, that revelation who was responsible for this entire series of events shocked me. You always gotta keep your eyes sharp because believe me, the key to this case is right in front of you and you don’t even know it. As for the world setting, I think for me, as far as I love Dystopian fiction, this one with it’s setting was a bit of a let down for me personally? I love Josie’s writing and I was never unengaged from the book but the society, its rules, it all felt a bit disconnected but I can’t blame an author for trying to piece up a new world so fast. There are always some hiccups here and there and that’s fine, that’s why we got sequels to built on those foundations to improve.

I hope you guys would be interested on checking The Wolf and The Water and support Josie’s work, Oh and while at it why not check out her other words, like her recently released May Day that I reviewed 2 months ago? 🙂

Is it Diverse? Bi Main Heroine, F/F relationship, Protagonist with a Leg Disability.