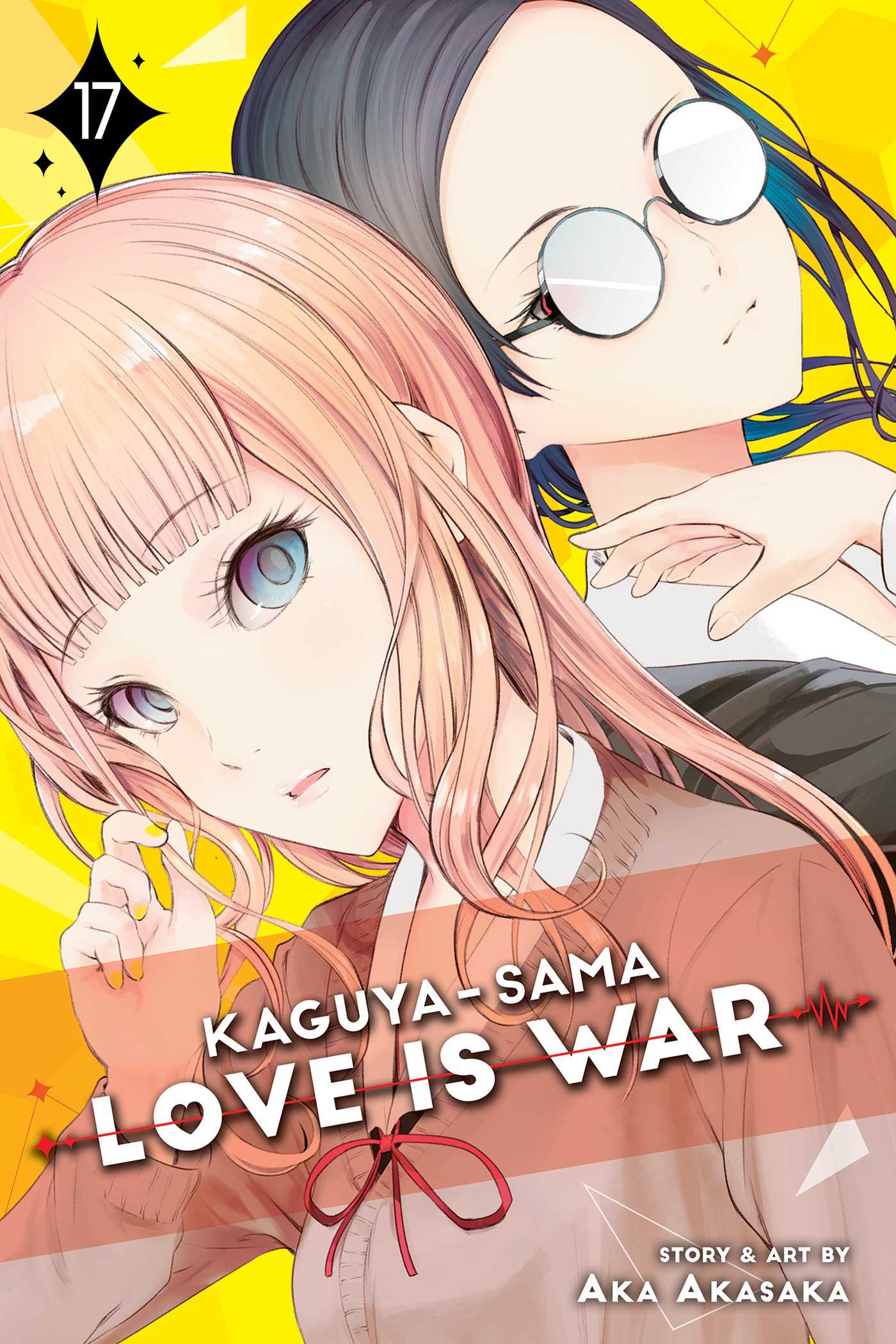 Will Kaguya tell her family or even her friends that she’s dating Miyuki? Why is Chika pretending to be everyone’s girlfriend while dressed in a bald wig? Hapless Yu gets romantic advice from recently dumped Kazeno, which he passes on to naive Miyuki. Then, semi-repressed Nagisa attempts to school repressed Kaguya. And Kaguya shares (usually sensible) Ai’s theories about men with Maki, who attempts to verify them with flustered Miyuki and Yu. Basically, Shuchiin Academy suffers from a bad case of the blind leading the blind.

Moving on from their eventful winter breaks, now Kaguya and Miyuki are back in the Student Council but they are keeping their relationship on the down low. Kaguya manages to brag about it, though, using Chika’s penchant for pranks and games. Hayasaka is a bit tired of her bragging, though, so Kaguya turns to Kashiwagi for some advice and finds out that maybe hers and Miyuki’s relationship didn’t follow the typical route (but who cares if they kissed first etc?). But my favorite chapters were the ones about interactions between Miyuki and Ino (who finally find something they have in common, but Miyuki blows it by not being THAT into poetry) and Kaguya and Maki (we got to know about their family ties, the reasons for the animosity between them and a hilarious incident of them getting some sex ed lol).

One thought on “ARC Review: Kaguya-sama: Love Is War, Vol. 17 by Aka Akasaka”