Branches and stones, daggers and bones,
They locked the Beast away.

After the death of her sister, seventeen-year-old Violet Saunders finds herself dragged to Four Paths, New York. Violet may be a newcomer, but she soon learns her mother isn’t: They belong to one of the revered founding families of the town, where stone bells hang above every doorway and danger lurks in the depths of the woods.

Justin Hawthorne’s bloodline has protected Four Paths for generations from the Gray—a lifeless dimension that imprisons a brutal monster. After Justin fails to inherit his family’s powers, his mother is determined to keep this humiliation a secret. But Justin can’t let go of the future he was promised and the town he swore to protect.

Ever since Harper Carlisle lost her hand to an accident that left her stranded in the Gray for days, she has vowed revenge on the person who abandoned her: Justin Hawthorne. There are ripples of dissent in Four Paths, and Harper seizes an opportunity to take down the Hawthornes and change her destiny-to what extent, even she doesn’t yet know.

The Gray is growing stronger every day, and its victims are piling up. When Violet accidentally unleashes the monster, all three must band together with the other Founders to unearth the dark truths behind their families’ abilities—before the Gray devours them all. 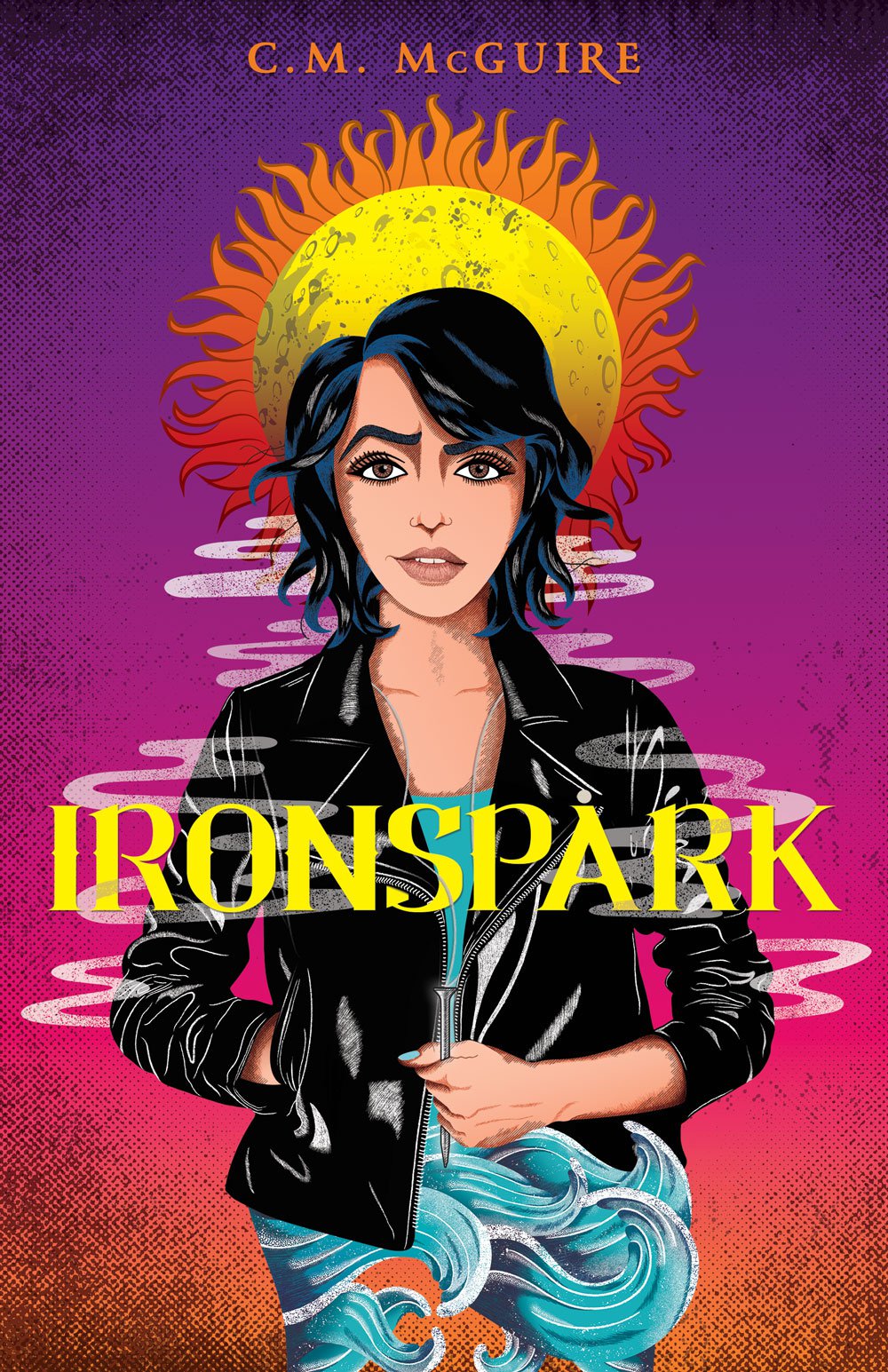 A teen outcast must work together with new friends to keep her family and town safe from murderous Fae while also dealing with panic attacks, family issues, and a lesbian love triangle in C.M. McGuires’s kick-butt paranormal YA debut, Ironspark.

For the past nine years, ever since a bunch of those evil Tinkerbells abducted her mother, cursed her father, and forced her family into hiding, Bryn has devoted herself to learning everything she can about killing the Fae. Now it’s time to put those lessons to use.

Then the Court Fae finally show up, and Bryn realizes she can’t handle this on her own. Thankfully, three friends offer to help: Gwen, a kindhearted water witch; Dom, a new foster kid pulled into her world; and Jasika, a schoolmate with her own grudge against the Fae.

But trust is hard-won, and what little Bryn has gained is put to the test when she uncovers a book of Fae magic that belonged to her mother. With the Fae threat mounting every day, Bryn must choose between faith in her friends and power from a magic that could threaten her very humanity. 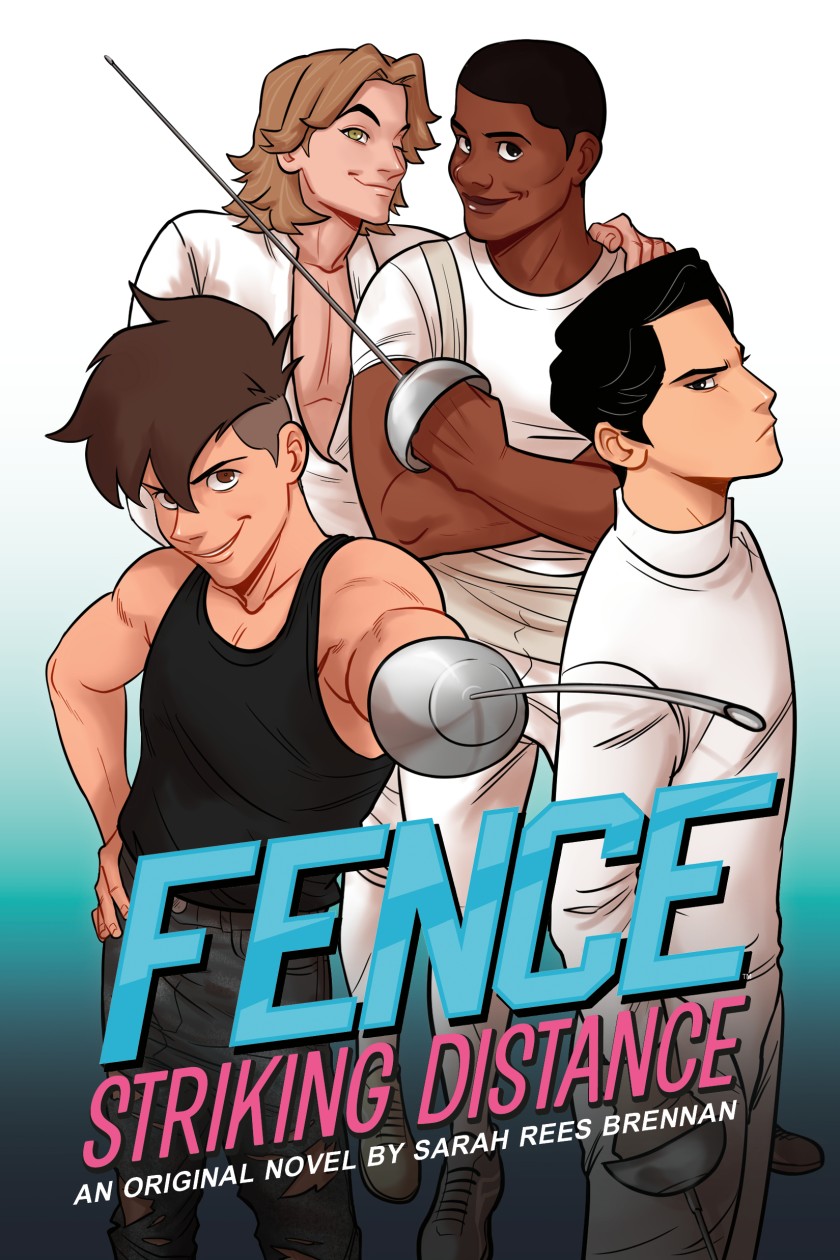 The boys of Kings Row bout with drama, rivalry, and romance in this original YA novel by The New York Times bestselling author Sarah Rees Brennan–inspired by the award-nominated comic series by C.S. Pacat and Johanna The Mad.

Sixteen-year-old Nicholas Cox is the illegitimate son of a retired fencing champion who dreams of getting the proper training he could never afford. After earning a place on the elite Kings Row fencing team, Nicholas must prove himself to his rival, Seiji Katayma, and navigate the clashes, friendships, and relationships between his teammates on the road to state championships–where Nicholas might finally have the chance to spar with his golden-boy half-brother.

Coach Williams decides to take advantage of the boys’ morale after a recent victory and assigns them a course of team building exercises to further deepen their bonds. It takes a shoplifting scandal, a couple of moonlit forest strolls, several hilariously bad dates, and a whole lot of introspection for the team to realize they are stronger together than they could ever be apart.