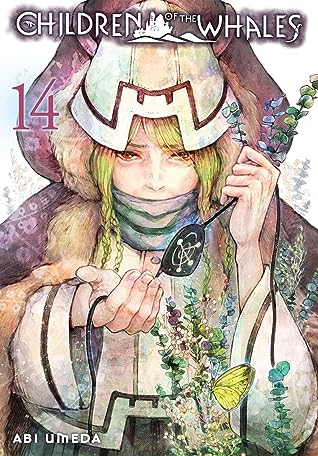 Lykos and Ouni have been captured by Orca, but instead of organizing a rescue, Suou has ordered the Mud Whale to set sail for their new homeland. Chakuro won’t just abandon his friends, though, and he’s determined to find a way to save them. But Orca has just declared independence from the empire, and any rescue attempt will end up right in the middle of his cataclysmic plans!

Suou, while telling the people of Mud Whale that they would proceed to find new land, secretly makes a plane with Shuan and Rochalizo’s crew to go to Karcharias and convince Orca to leave Falaina alone. Chakuro, knowing something is up, joins them and they all make for Karcharias. Suou’s desire to move Orca to mercy is set against Orca’s plans to change the world they live in. Through this volume, we learn more about the Emperor’s plans, as well as what Orca thinks of those plans, as in we get to know what Kataklysmos actually entails (both their plans are stupid btw) and a bit of discussion on what is real and what is manufactured, as per emotions. Which is a big thing to discuss, considering what the Nous feed on. I am more interested in how their plans factor in the countries that use apolithimia.

2 thoughts on “ARC Review: Children of the Whales, Vol. 14 by Abi Umeda”