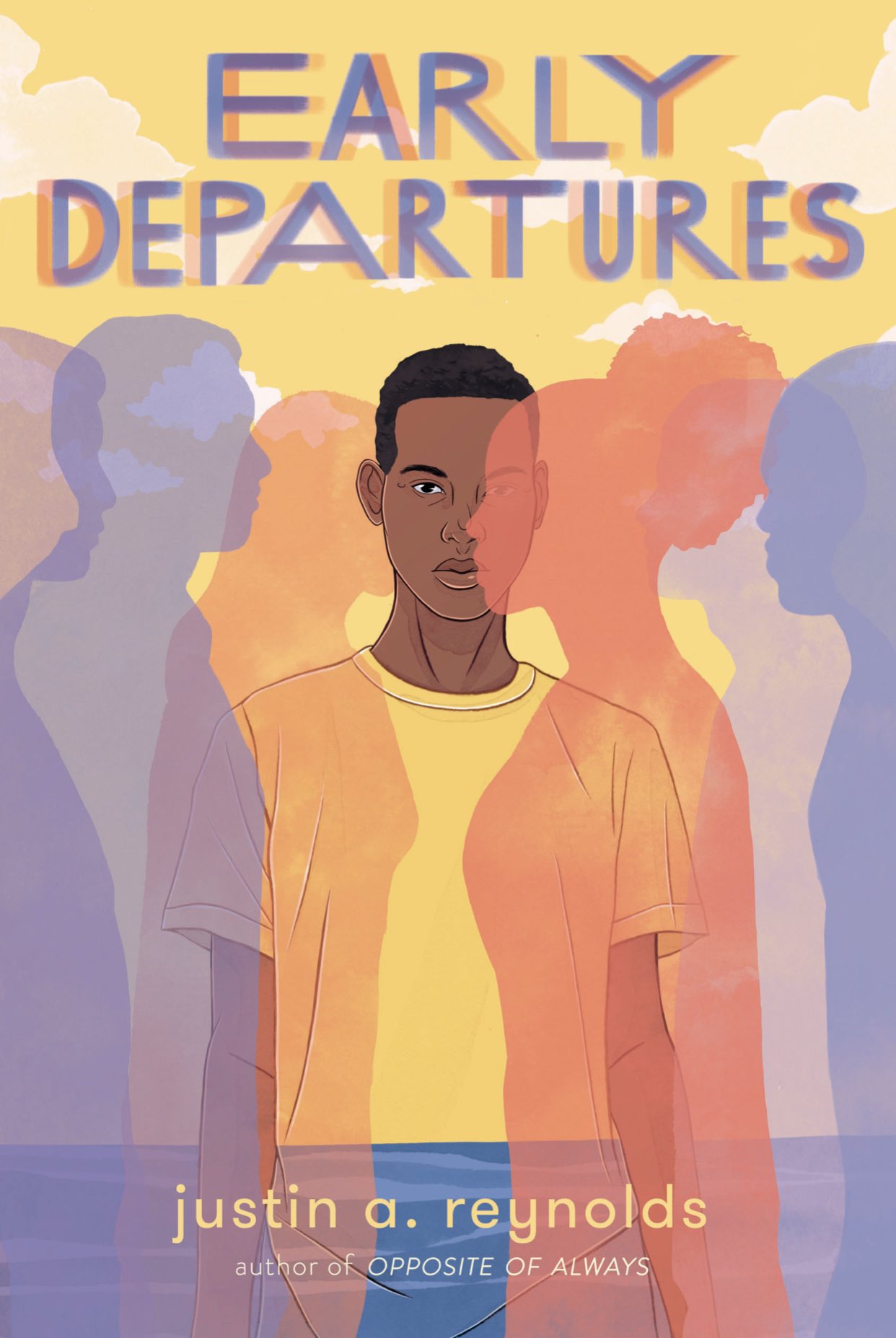 Early Departures by Justin A. Reynolds
My rating: 5 of 5 stars

What if you could bring your best friend back to life—but only for a short time?

Jamal’s best friend, Q, doesn’t know that he died, and that he’s about to die . . . again. He doesn’t know that Jamal tried to save him. And that the reason they haven’t been friends for two years is because Jamal blames Q for the accident that killed his parents.

But what if Jamal could have a second chance? A new technology allows Q to be reanimated for a few weeks before he dies . . . permanently. And Q’s mom is not about to let anyone ruin this miracle by telling Q about his impending death. So how can Jamal fix everything if he can’t tell Q the truth?

Early Departures weaves together loss, grief, friendship, and love to form a wholly unique homage to the bonds that bring people together for life—and beyond.

Early Departures evokes lots of feels when reading – while the storyline is primarily about death, second chances and closures, it is more a celebration of life and family. It has a science fiction angle to it, but honestly the characters are such a presence on the plot, that me, the person who always goes for the SFF aspect, wasn’t even bothered when that was just a footnote. What shines in this book is friendship and family, and how to process the uncertainty of death. Jamal and Quincy had a falling out two years ago after the death of Jamal’s parents, and in the present Jamal saves Quincy from drowning, only to have the latter succumb later in the hospital. A group approaches Jamal and Quincy’s mom, saying they can ‘reanimate’ him for a few weeks so that they can say their goodbyes properly. His mom is adamant that Quincy not know that he is having a short second life, and Jamal is torn between telling him and letting him have a few final days in happiness.

I’d never thought of it that way. That I’m being swallowed by grief. But maybe it’s true. Except it’s not exactly like Mrs. Sweat thinks. I wish I’d been swallowed whole. That would’ve been a mercy. Because the way I feel? It’s like being eaten slowly. Like I’m being gnawed.

While Jamal and Quincy mending their relationship is a focal point, the story also explores Jamal’s unresolved grief from his parents’ deaths and his resentment of Q, who he illogically attributes blame to. Q, meanwhile, having been abandoned by Jamal during his own time of grief, also has a lot of anger in store. Jamal, having a second chance to fix the rift between them, is still deciding on how to proceed – whether to tell Q or not, what his own reasons for telling or not telling are, and what would fixing it even look like, and also how to make Q’s final days memorable and happy. A theme often repeated in the story is how to be accountable for your actions, and how forgiveness can only be hoped for, not expected.

“I just wanna atone for my mistakes. Is that so bad?” “It’s not. It’s the opposite. But the best way to make things right is to ask the person how you can. And then follow through on that. You’re only helpful to someone if what you do actually helps. Otherwise you’re just making yourself feel better and that’s what ice cream’s for.”

Jamal keeping people at a distance over the past two years, including his girlfriend, is a thing he has to take responsibility for, while also understanding what it means to grieve and carry that with you. His relationships with Whit, his sister, and Autumn, his girlfriend, are so present in this story, that it truly can’t be told without the whole cast of characters – I loved the inclusion of Q’s mom in their plans, how Autumn’s and Q’s friendship snaps into place. The care in presenting all their relationships, and how they subtly grow in this book becomes so evident, especially towards the ending, when they are planning how to spend his last days.

We aren’t born to die. But . . . but it happens to all of us. And what that means is we’re gonna lose people along the way, people that matter a whole lot, people we can’t imagine living without. We die, Jamal. And it’s okay. You can talk about it. We can talk about it. Otherwise, it’s gonna eat you whole, man. Instead, we need to be living the best we can. Without fear, when we can help it. Without anxiety, when possible. And carrying as little grief as humanly possible, okay?

For such a morbid and sad topic, Reynolds infuses it with joy in so many parts (the book does say it won’t be death porn). You see them having fun, bantering with each other, reminiscing over memories, but also talking through the hard parts, owning up to when they hurt each other, the gut punches when they talk about death and losing their loved ones – the dialogue is lively, and they all are so well-created characters. We even get a viewpoint from Q about what he thinks about this whole ‘reanimation’ thing. The actual Center where the *ahem* magic happens is mostly kept off the main plot, serving mainly to create the setting, and not overwhelm us with any drama on that front (this is not about the morality of reanimation or whatever), which I appreciated. It has a few excerpts from their comedy channel that are like a shorthand for their banter. I still don’t know why the chapters are numbered in the reverse order, yet (no, they aren’t counting down to an event). As a reading experience, I found the book difficult to put down – well, only occasionally and that was for wiping my tears and stuff; with such a lovable cast of characters, it was a warm embrace of a book, even if it was a tearjerker!

Is it diverse? Black main character (OV), and mainly Black cast of characters

One thought on “ARC Review: Early Departures by Justin A. Reynolds”