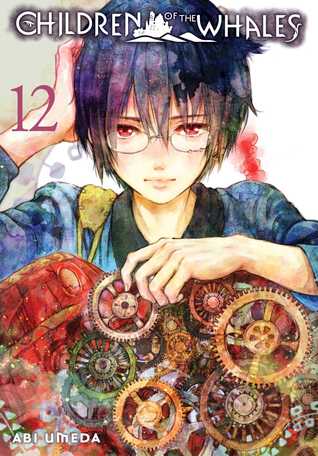 Chakuro and the other Marked children have freed the Unmarked from the Amonlogian dungeon, but their rescue mission is far from over. The people of the Mud Whale still need to get back to their island home, and the path to safety is blocked by imperial soldiers. Even worse, Orca is determined to secure Ouni in order to carry out his cataclysmic plans!

The biggest highlight of this book is the battles, with some long-awaited showdowns going on – we see Ouni go against Orca, Shuan against Orca, Lykos fighting against Liontari, and even Lykos engaging with her brother. On the other side, the Marked are leading the Unmarked to their escape off the island, while Chakuro goes in search of Lykos. The most amazing battle was between Ouni and Orca – with Orca proving why he is called the God of Death, and some emotional heart crushers are sure to hurt you when Ouni has to face his fears during the fight, when Orca unleashes Kyma (thereby unleashing memories) to distract him. At the end of this, someone really needs to wrap up Ouni in a blanket (preferably Chakuro) and comfort him because boy has been through A Lot. Actually, multiply that for all the Mud Whale characters because they have really been through a lot, and their suffering is not even at the end.

One thought on “ARC Review: Children of the Whales, Vol. 12 by Abi Umeda”