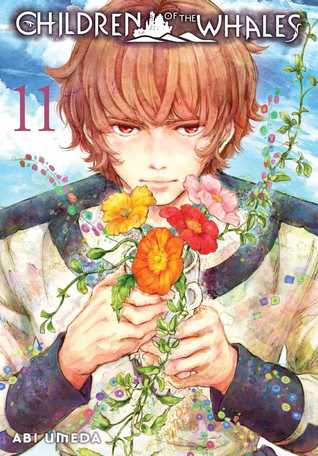 Orca and his imperial troops have arrived at Amonlogia, and Chakuro and the other Marked hope to use the chaos as cover for a rescue operation. But as they attempt to breach the castle to save Suou and the Ummarked, Orca sets out on a diabolical mission of his own. Can Lykos keep her brother from causing more harm, even if it means killing him?

As Orca cuts a bloody swathe through the city to reach the Duke’s castle, the Marked are on their way to free the Unmarked. Orca is holding a pretty big secret up his sleeve, and it explains much about his rise to power and path in life, but his intentions for the future seem quite scary. We also delve more into the mythos of the Nouses and the Amonlogian derivative, and how these things fit into their world. The Unmarked, meanwhile, have a tough choice to make, but luckily they are rescued by allies, which they also gain during this volume. Belatedly, but finally, Rochalizo makes a stand to side with the people of Mud Whale. I’m, as always, awed by the world-building in this series, and this volume was no exception.

One thought on “ARC Review: Children of the Whales, Vol. 11 by Abi Umeda”