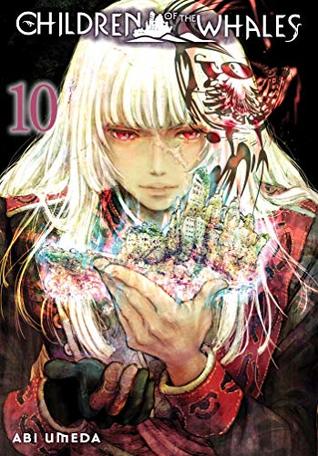 The Mud Whale has finally reached the shores of Amonlogia, but it quickly becomes clear that Sir Rochalízo wasn’t being entirely up-front when he said the people of the Mud Whale would all be welcome. His father the duke has placed harsh conditions on their citizenship, and they only have three days to agree…or face the consequences!

With the Marked of Falaina agreeing to become soldiers for Amonlogia as their Unmarked are held hostage, they are preparing, in their way, for battle. Meanwhile, Orca has arrived with his ship to attack Amonlogia, so they are being deployed in battle against him. However, he has different plans, and instead of attacking the port city, goes around to attack the farside of the island, where there are some mines, and more importantly, the Duke’s castle where the Unmarked are also held hostage. The Marked thus have to go, if only to use this distraction to free the Unmarked. Ouni is ready to go all out, but our adorable Chakuro and Ginshu have a ‘leave no man behind’ policy and they all hatch a plan to get the Unmarked out while seeming to do what is expected of them.

On the mythology, we get more insight into the working of Amonlogian technology as well as their mythos, and some glimpses into Orca’s plans. Ouni’s existence as a Thanatas is pretty much cemented at this point, and it will be interesting to see how he factors in Orca’s schemes. The action is tense in this one, with so many players on the board – the Duke, the Marked’s two teams, Lykos who has gone missing, Orca and his army of kids, the Duke’s sons – and their goals working with and against each other.

2 thoughts on “ARC Review: Children of the Whales, Vol. 10 by Abi Umeda”