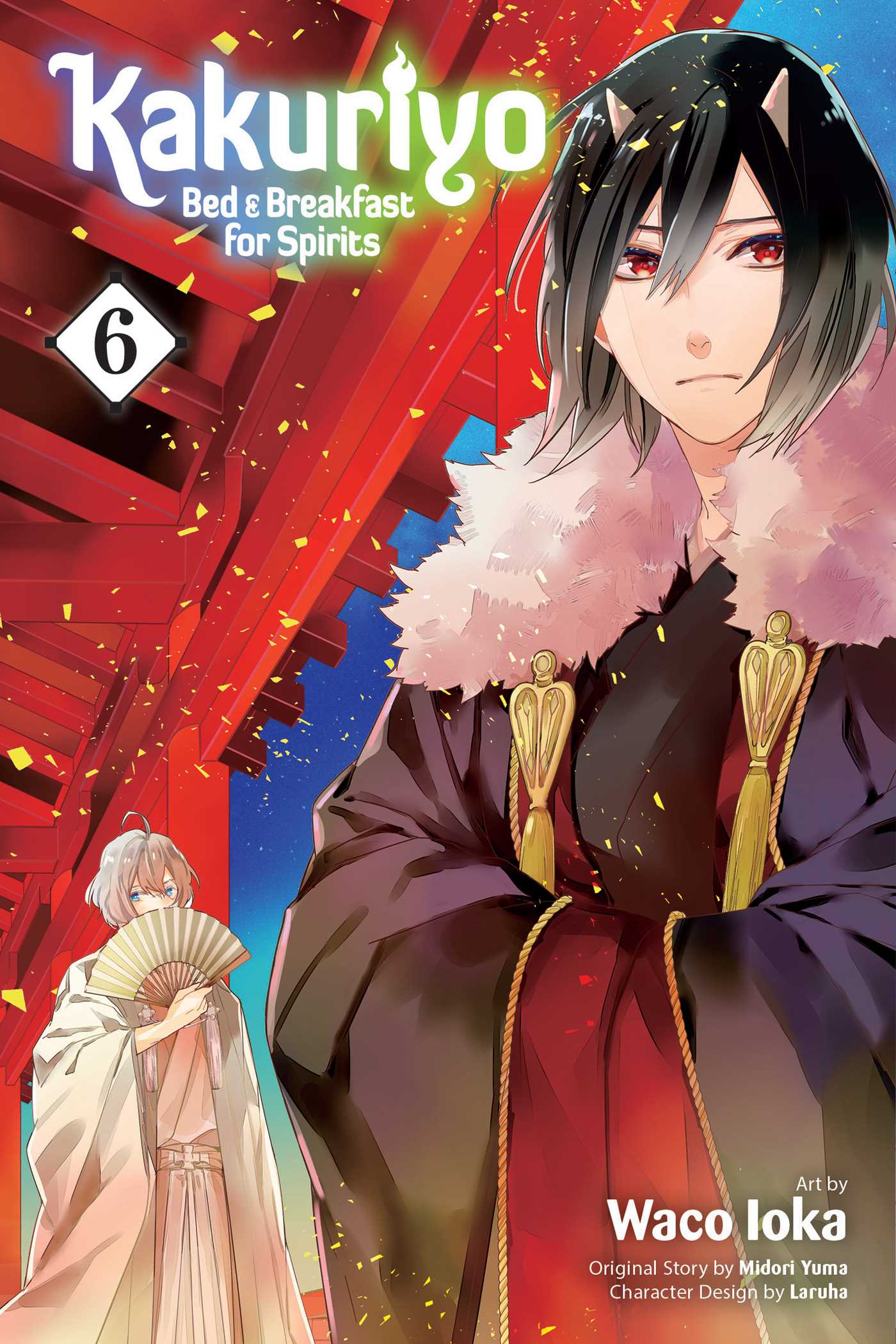 Kakuriyo: Bed & Breakfast for Spirits, Vol. 6 by Midori Yuma
My rating: 4 of 5 stars

Faced with the choice of being married to a strange spirit or being made into dinner, Aoi decides to create a third option for herself!

Aoi Tsubaki inherited her grandfather’s ability to see spirits—and his massive debt to them! Now she’s been kidnapped and taken to Kakuriyo, the spirit world, to make good on his bill. Her options: marry the head of the inn her grandfather trashed, or get eaten by demons. But Aoi isn’t the type to let spirits push her around, and she’s determined to redeem her grandfather’s IOU on her own terms!

Aoi has been asked to cater an anniversary dinner for a royal couple, and she’s overjoyed at what this will mean for her restaurant. She and Ginji head to the Eastern Lands to do some grocery shopping at a fancy imported food market. But before she can find the perfect ingredient, Aoi is abducted! Locked in a crate without her tengu fan, Aoi has no chance of making it back in time to cook dinner for the royals. But missing a good business opportunity is the least of her worries when water begins to flood her prison!

Okay, I checked and I had read the last volume (#5) a year ago, and oh my, I have missed this cast, especially Ginji! Yes, this particular part of the story is already in the anime, but I love the manga a lot, too, for its pretty art style, and all the deliciousness! In this book, Aoi goes to the Eastern Lands for the imported foods market (which mainly means food from Utsushiyo) and she is abducted by a stranger and then left in a storeroom. While she is saved thanks to the pendant from Odanna by which he finds her, she has lost valuable time which she needed for the food prep for the royal’s anniversary dinner, not to mention being confined in a watery storehouse has sapped her strength.

Our heroine, however, has the savvy to cook up a menu of simpler dishes, which evoke nostalgia of Utsushiyo in the royals’ heart. Most of the storyline in this book is about her cooking up and serving the dinner, and the royal’s reaction to it, but to the fair, it itself is so interesting – I loved the way she made changes to the dishes to reflect her dual experiences and ingredients, and created a hearty dinner in what was basically crunch time. I keep wishing the artwork was in color, if at least for the food parts, because even in black and white they look gorgeous and in color they would be stunning. Other than that, a couple of new characters show up who will become important soon; I can’t wait for the Southern Lands arc!