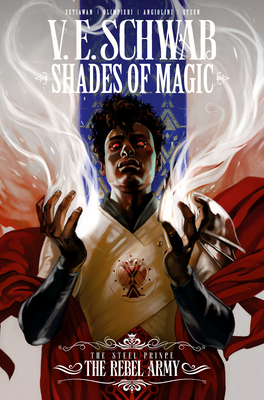 Once just a single ship, now the pirate fleet of the Rebel Army numbers in its thousands. Made up of traitors from each of the three empires, the fleet, who once made the open waters of the Blood Coast their home, have set their sights on establishing their own land based empire with London as their capital.

The Rebel Army is a battalion made up of traitors to each of the three empires, who’ve claimed the open waters of the Blood Coast as their territory. Led by a Faroan, a Veskan, and an Arnesian (Rowan, the Antari from the Night of Knives), the RA started as a rag-tag gang, a single ship, but in the last few months, they’ve gained momentum. Once content to claim the open water as their empire, they’ve grown in ambition, and scope, and now they’re claiming ports, creeping toward a full-on land assault. Their goal? London. But first, they’ll have to cross Verose, where Maxim, Isra, and the royal guard are waiting.

In this third installment in the story of Maxim Maresh, he has to face a growing army of rebel magicians and make Verose a last stand against their full invasion into Arnes. While the rebels have always struck at the coast, they have never been this organized – and it is thanks to Rowan infiltrating them. The Antari hates royals with a fervor, and is afraid that they (Maxim, especially) only want to capture him for their uses; he has also stoked the discontent among the people living in the coastal areas that are usually neglected by London, and has been recruiting from among them, as well as forcing captured royal soldiers into service to the Rebel Army. As Maxim prepares for a battle, he also prepares to launch a small force directly into the heart of the Army, to attack its three leaders and hope to dismantle the organized force that leads it. The odds are definitely against him, until he decides which role to play in this – soldier or prince. This book also serves as a conclusion to his life in Verose, and tells us what becomes of Isra until she appears much later in the original trilogy.