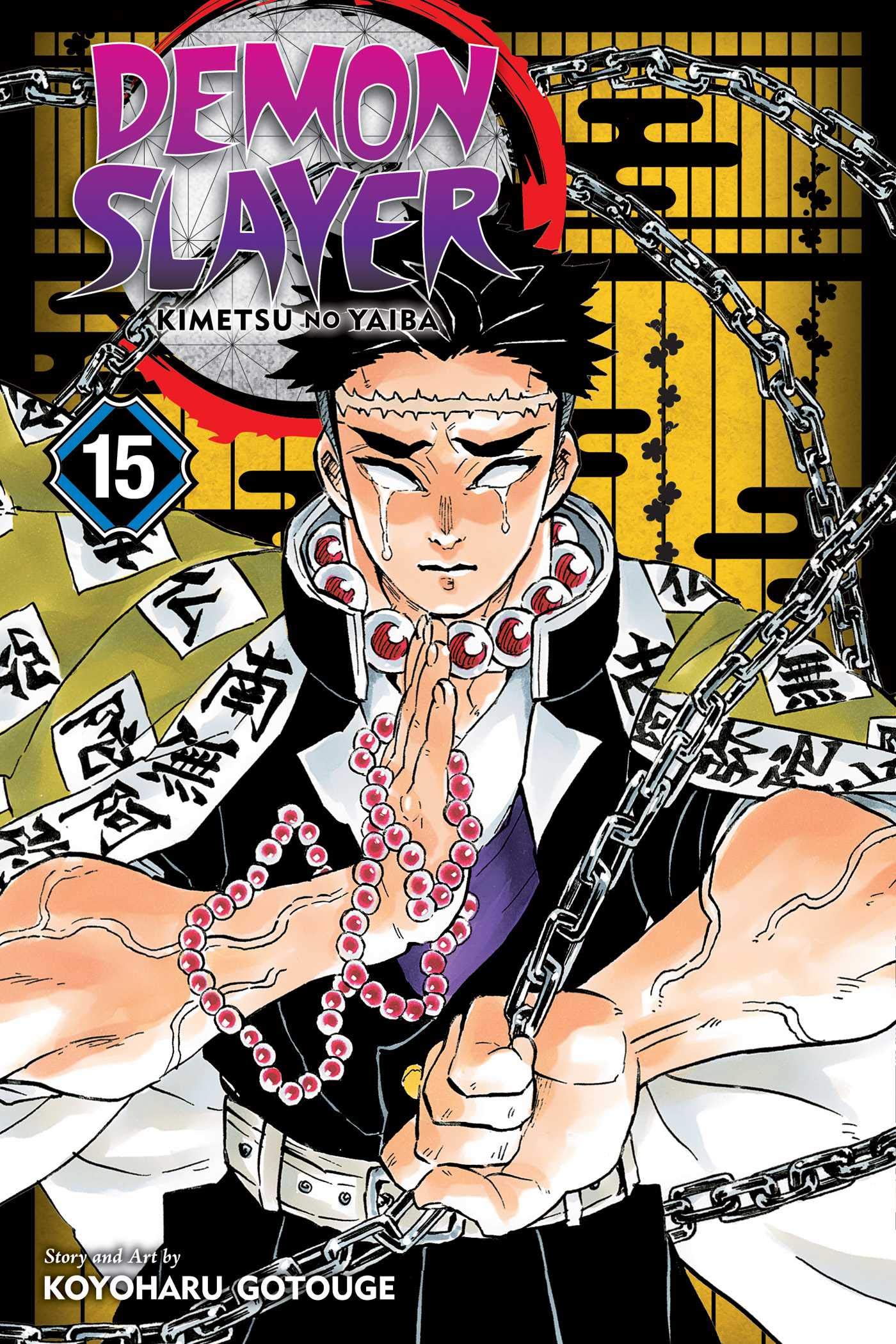 Demon Slayer: Kimetsu no Yaiba, Vol. 15 by Koyoharu Gotouge
My rating: 4 of 5 stars

Tanjiro finally chases down the main body of the upper-rank demon Hantengu. However, dawn is approaching, and the rising sun is a threat to Nezuko. Tanjiro’s concern for his sister is a distraction from the focus he needs to fight Hantengu, and if he hesitates it could be the last mistake he ever makes! Elsewhere, Tamayo ponders the nature of Nezuko’s curse and how she could be so different from other demons.

This book brings us the end of the battle with the two upper rank demons, as well as the next arc of the story. Tanjiro, Genya and Nezuko are chasing down the main form of Hantengu, while Kanroji is engaging with the other demon, and with dawn closer, they need to hurry as they are at their respective limits. When dawn surfaces, Tanjiro has to decide between ending Hantengu and protecting Nezuko from the sunlight, a difficult decision that nearly stopped my heart. After the battle, the Demon Slayer Corps regroup and discuss the events, as well as the specific marks that appeared on the Mist and Love hashira; they decide that they will have the hashira as well as the swordsmen train to prepare for Kibutsuji’s eventual attack, which means there is basically a boot camp going at each of the hashira’s residences. Of course, each boot camp has its own set of challenges, like the snake hashira basically making an execution chamber, or the love hashira having flexibility classes via dance, and inhuman stretching. Tanjiro sails through most of them, until it comes to the wind hasira’s class, where he picks a fight on behalf of Genya. He also tries to find out why Giyu is denying that he is the water hashira, and training by himself; so we also get his backstory. While the first part was heart-stopping action, most of the latter was hilarious fun, so it was quite a balanced book!