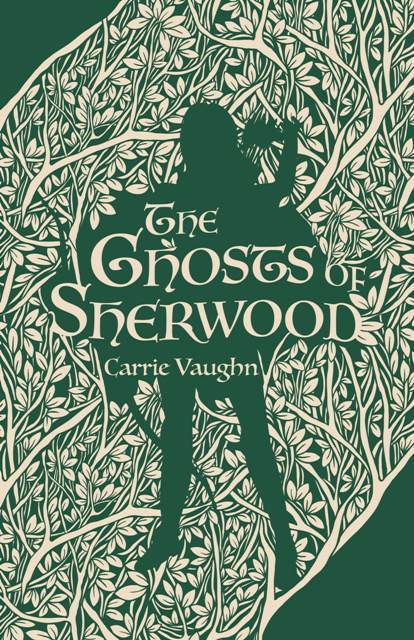 The Ghosts of Sherwood by Carrie Vaughn
My rating: 3 of 5 stars

Everything about Father is stories.

Robin of Locksley and his one true love, Marian, are married. It has been close on two decades since they beat the Sheriff of Nottingham with the help of a diverse band of talented friends. King John is now on the throne, and Robin has sworn fealty in order to further protect not just his family, but those of the lords and barons who look up to him – and, by extension, the villagers they protect.

There is a truce. An uneasy one, to be sure, but a truce, nonetheless.

But when the Locksley children are stolen away by persons unknown, Robin and Marian are going to need the help of everyone they’ve ever known, perhaps even the ghosts that are said to reside deep within Sherwood.

And the Locksley children, despite appearances to the contrary, are not without tricks of their own…

The Ghosts of Sherwood has the story set in the time of Robin Hood’s children, the eldest of whom, Mary is 16. Years have passed since his rebellion, and he has an uneasy truce with the current King, that is tested occasionally at royal gatherings. While the main character is Mary and her siblings, it also tells the story from the parents’ side, partly to fill in some blanks but also to sort of tell their story in an ‘after the ending’ sort of way. Mary grew up listening to her parents’ legends, but she is not sure if they are all true, or whether the ghost of Sherwood is an actual ghost. When she and her siblings are kidnapped by Robin’s enemies, she has to work to protect her siblings from the kidnappers’s wrath, while Eleanor, the youngest, has some tricks up her sleeve. The story is pretty straightforward – first establishing the tensions at court, the uneasiness around Robin’s presence and then the kids being taken, followed by their rescue/getting away. It feels very short and more like an introduction than a whole story, and yes, it is a novella, but I’ve read novellas that were substantial with their short lengths, too.

Received an advance reader copy in exchange for a fair review from Tor Books, via Netgalley.