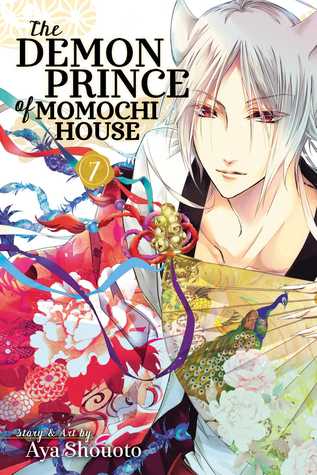 The Demon Prince of Momochi House, Vol. 7 by Aya Shouoto
My rating: 4 of 5 stars

With the legend of the ghost of Kagome Park, this book opens the door (ha!) into the story of Aoi’s past, and how he came to be in the Momochi House. Himari’s classmates want to go check out Kagome Park and see if they find the ghost there, and they get a scare but not exactly proof for the legend. However, Himari is then followed by the ghost as a means to get into the house, and Aoi’s past comes rushing back to him. The story opens up the world of the series a bit more, as now we also get to see the human side of the supernatural world, and another threat that arises from it. Aoi himself has been questioning the divide between himself and the Nue, and in the light of Yukari’s backstory about transformation from human to ayakashi, he wonders what he himself is. He gets his answer in this book, but it comes at the price of a choice. There is an absolute OMG of a cliffhanger, so I am quite excited to find out what this means for the main storyline going forward.