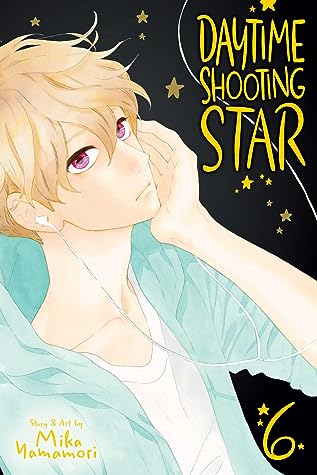 Suzume has moved to Tokyo and is living with her uncle. With Mr. Shishio’s true feelings for her out in the open, Suzume tries her best to figure out if they are an item or not. Meanwhile, Mamura grows suspicious of Shishio and Suzume’s relationship.

With Shishio accepting Suzume’s feelings, she has hope and is happier, a fact noticed even by her uncle. She is still working out what their relationship is exactly, but their hang-outs seem more like dates. Shishio even wears her gift (a sushi tie), much to the ridicule of his students who think its from his girlfriend. Yuyuka, meanwhile, I could shake her for pressing Suzume to get an actual Christmas date with him – and sadly for Suzume, he is busy working that day. She goes to a Christmas party with her classmates, but feels disappointed when her hopes for having a date later get dashed. Mamura, however, notices her sadness, and asks to hang out, taking her to see some Christmas decorations, etc, and letting her confide in him, saying her birthday had been that month but she wasn’t able to tell so to Shishio; Mamura later on, gets angry at Shishio when the latter tries to scold him for his attitude towards him.

I think in this book, there are hints that Suzume’s heart will turn towards Mamura. He himself is being a bit distant but his anger is more for Shishio, and he is worried about Suzume getting hurt. Suzume herself is starting to realize that she can’t have a normal relationship with him – she compares how her friend can easily make a lunch for her boyfriend, but she can’t do so. She can’t even bring herself to tell him about her birthday, and she can’t be wholly herself with Shishio, or confide in him like she can with Mamura. There is a scene where the gifts from the two of them are juxtaposed against each other, that I think is very telling about the two relationships. For Shishio’s part, I hope he grows up soon – just saying that because she is different, he doesn’t know what to do is such an excuse. Even his roommates’ commented that normally he doesn’t get close to his students, so he knows what he is doing is unacceptable. Mamura scoffing at him to be an actual adult had me cheering from the sidelines, because that scene was so well-done!

I may have said this before, but I will say it again – I love how expressive the artwork is. The characters’ expressions, the staging of the scenes is all well-done! Also I love how the outfits or hairstyle, etc are changed regularly, even for secondary characters. This volume also has a short story about two high school kids, with crushes, and rain, and I won’t say more, because it is too beautiful in its simplicity to be spoiled about.