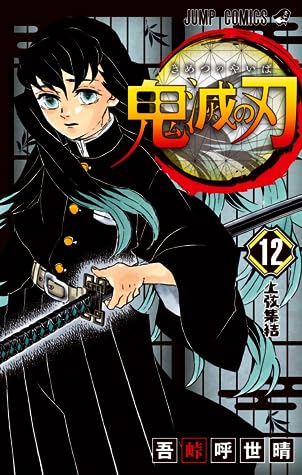 Demon Slayer: Kimetsu no Yaiba, Vol. 12 by Koyoharu Gotouge
My rating: 3.5 of 5 stars

With a hard-won battle, it is time for the demon slayers to take some rest, and this volume has them going to the secret swordsmith village to get a new blade for Tanjiro. Meanwhile, back in the demon camp, the upper demons are getting reamed out by Kibutsuji, who is disappointed they still haven’t discerned the location of Ubuyashiki, the head of the demon corps. There is a bit more exposition in this volume as the action has slowed down, with us learning more about the demon corps and their tactics for keeping their location secret, as well as the hierarchy within the organization. And finally, a bit of Tanjiro’s past itself is revealed, or rather, his ancestor’s past (though I must say, that is a broad extrapolation of epigenetic concepts)

Probably the most exciting part of this book is the introduction of the swordsmith’s village and a certain automaton in it. The Mist hashira has been bullying a swordsmith who has been tasked with guardianship of an automaton that has the fighting style of a long-ago master swordsman (who may or may not be connected to Tanjiro’s ancestors) and when Tanjiro intervenes, the swordsmith decides to let him improve his skills with the automaton, though he is very rough in his training of Tanjiro. Tanjiro adds another new skill in his repertoire, though – the ability to sense attacks through smell. Finally, this volume is definitely the calm before the storm, as towards the end, a new threat arises and we step into another story arc!