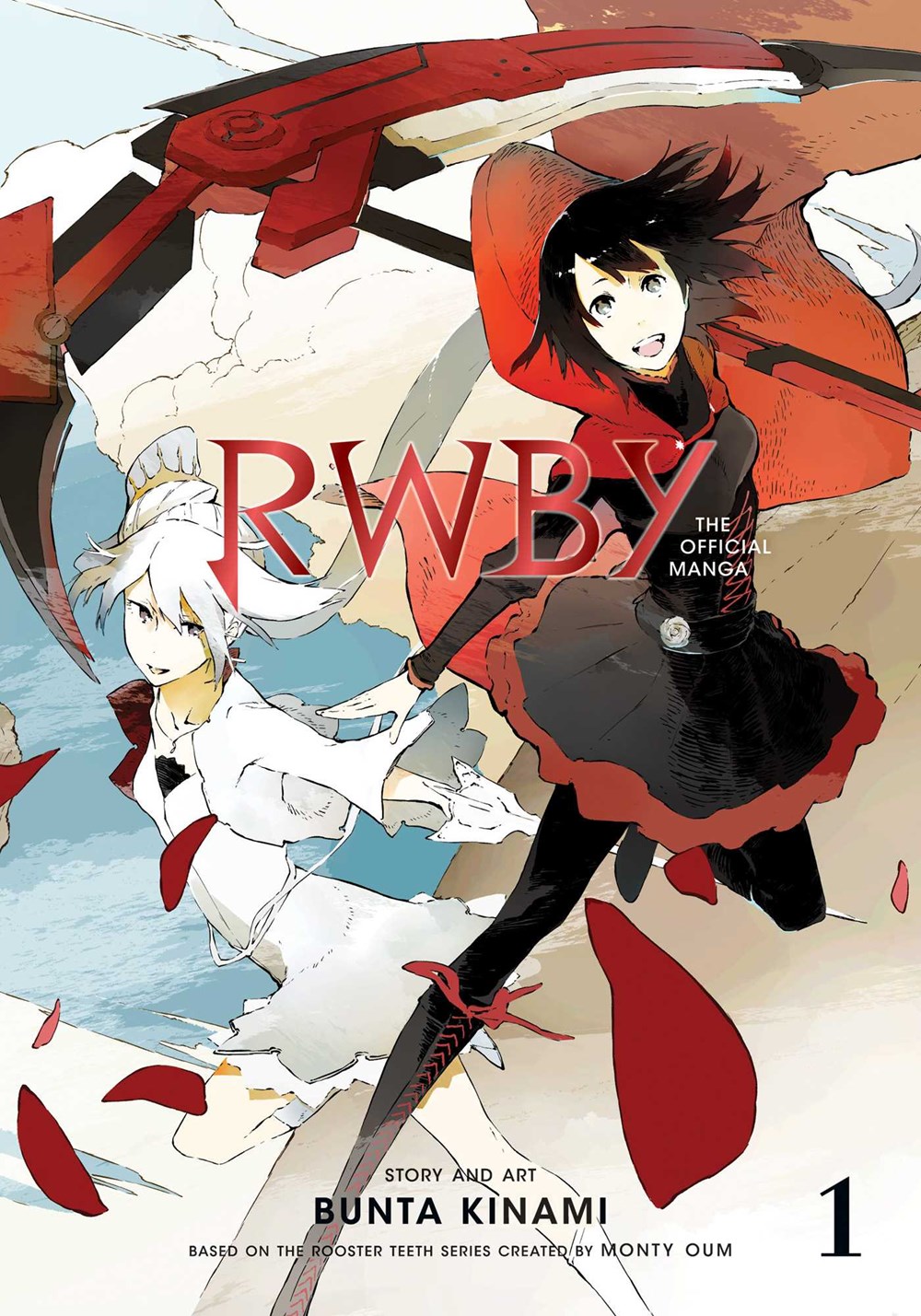 RWBY: The Official Manga, Vol. 1: The Beacon Arc by Bunta Kinami
My rating: 3 of 5 stars

Experience the introductory arc of the international smash hit series RWBY in a whole new way—manga!

In the world of Remnant, monsters known as Grimm wreak havoc. They’re kept in check by Huntsmen and Huntresses, highly skilled warriors experienced in monster extermination who utilize their special abilities on the field of battle. Ruby is a ferociously talented young girl who comes to Beacon Academy to hone her skills and serve as a Huntress herself. Alongside her sister Yang Xiao Long, rival Weiss Schnee and newfound friend Blake Belladonna, Ruby leads Team RWBY, the coolest new group at Beacon!

Ruby takes her first step on the road to becoming a Huntress by enrolling at Beacon Academy, eager to take on the battery of tests, challenges and difficulties that follow. Ruby knows her talents will take her to her goal, but is she ready to clash with Weiss Schnee, haughty scion of the Schnee Dust Company?

As a person who has never watched the anime, this manga leaves you confused as to the world-building and doesn’t attempt to explain much. What information I did pick up was mostly from context, but a lot of it left me like ‘why?’ and, well, even as a manga adaptation, I felt it could have worked more to introduce newbies to its world. So, basic premise – there are monsters called Grims in this world, and the story is about four girls who, among other students, are studying at Beacon Academy to defeat them. They all have powers of their own, and some badass weapons and this first volume is about them being tested (as part of their orientation to assign them groups) with a hunt in the forest. Ruby, the one who this story starts with, is a hero type, and even before entering Beacon Academy, she was dealing with criminals in the town. At Beacon Academy, she has a sister, and a rival/eventual-friend. The artwork is mostly action, and it has cool visuals and nice flow, but the character design doesn’t have much variety (at times I got confused between the sister and the rival). Finally, I guess if you are coming as a fan already, it will excite you, but as a newbie, I found it frustratingly lacking much information.