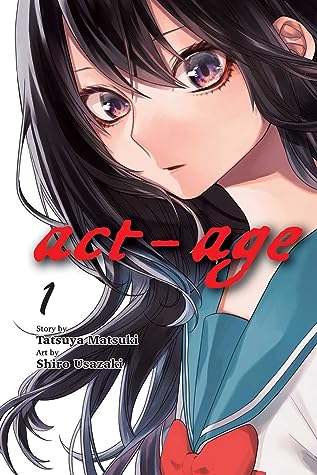 Kei Yonagi must delve deep into her psyche to succeed in the cutthroat world of acting, but can she keep her sanity while doing so?

Is there a method to Kei Yonagi’s madness when it comes to acting? The young actor has a family of siblings to feed, but she finds herself struggling with her psychological demons when playing a role. Her desperate acting catches the eye of a famous director, Sumiji Kuroyama, who’s looking for raw talent to mold. Can he help Yonagi navigate the cutthroat world of acting without losing her sanity?

A story about a teen actress trying to break into the industry, Act-Age has Kei Yonagi, a poor high school student who is bringing up her siblings on her own. She loves movies, and acting, and the way she can escape into another world; when she enters into an audition for a popular agency for their next movie, she makes it until the final rounds based on her method acting. An acclaimed director, Kuroyama, sees her talent and wants to mold it, but the CEO of the agency worries that acting might lead to an eventual breakdown for a girl like her who gets so into it, and rejects her for the movie. Kuroyama, however, decides to mentor her on his own, securing her gigs and opportunities to practice and hone her skills, but with her being attached to the roles she plays, it is a question as to whether it will really lead to reality blurring for her.

Kei’s psyche is a central player in the story – when she plays a role, she inhabits the character and draws on personal experiences to evoke emotion. She is good at acting in situations she is familiar with, but she also has a tendency to momentarily forget that it is only a role, and not real. At first, I was wary of Kuroyama, who is more concerned with her talent and the possibility of her starring in a story that he hopes will be his masterpiece. I was more surprised by the CEO, who was concerned that an acting career would acerbate her psychological issues, and not wanting to destroy a young girl’s life, rejects her audition. Later on, however, with Kuroyama teaching her to round out her performance, showing her that there is more to performing than method acting, I was a bit relieved. So far, in the first volume itself, the story has established a good momentum, and I am interested in what comes next for Kei.