Welcome to my stop on the blog tour for Between Burning Worlds! 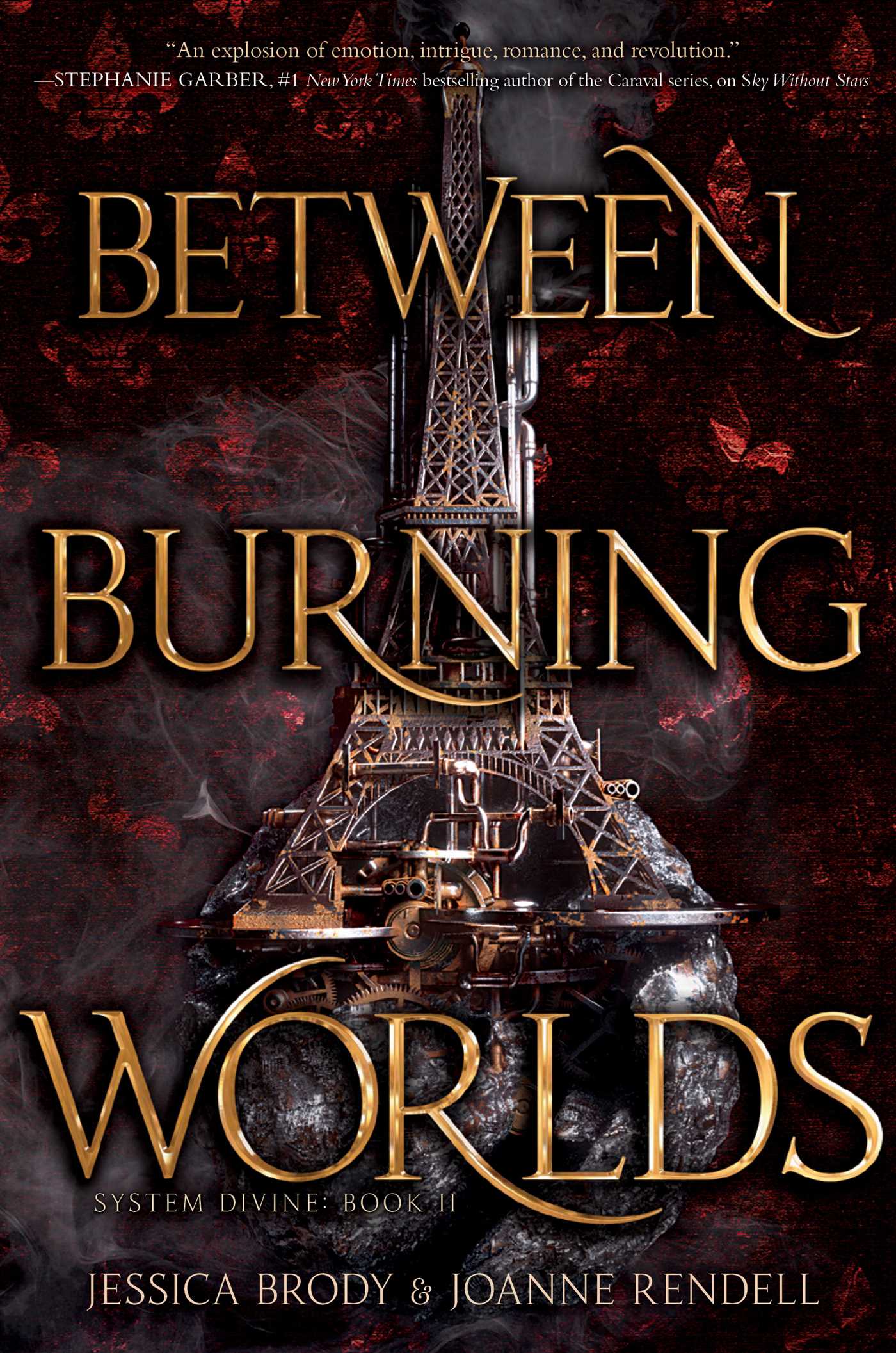 Les Misérables meets The Lunar Chronicles in the out-of-this-world sequel to Sky Without Stars that’s an “explosion of emotion, intrigue, romance, and revolution” (Stephanie Garber, #1 New York Times bestselling author of the Caraval series).
A thief.
An officer.
A guardian.
All from different backgrounds, but sharing one same destiny…
The planet Laterre is in turmoil. A new militant revolutionary group has emerged calling themselves “The Red Scar” and claiming responsibility for a spate of recent bombings. The infamous rebels known as the Vangarde believe that in order to bring about a peaceful revolution, their charismatic leader, Citizen Rousseau must be freed from prison right away. Otherwise the bloodshed will only escalate.
Soon Marcellus, Chatine, and Alouette all find themselves pulled into battle with extreme consequences.
Marcellus is determined to uncover his corrupt grandfather’s plan to seize Laterre—even if that means joining the Vangarde.
Aloutte, trying to unearth the truth about her past, becomes a captive of Marcellus’s grandfather, the general.
Chatine, who is serving time on Bastille, hopes to escape the brutal and horrifying reality of the prison moon.
But the failed attempt to break Citizen Rousseau out of prison launches Aloutte, Chatine, and Marecellus into the middle of a dangerous war for control of Laterre. And in the midst of it all is the legend of a secret and dangerous weapon that could mean complete and absolute power to any that wields it.

Between Burning Worlds starts off 2 weeks after the events of Sky Without Stars, with Marcellus wanting to join the Vanguarde, Chatine on Bastille, and Alouette run away from the Refuge, to seek more information about her past. The General’s plans for Laterre are a mystery that Marcellus wants to find out, and prevent from happening, but he constantly feels like his grandfather is three moves ahead of him in everything. Chatine is suffering from auditory hallucinations on Bastille, and the harsh conditions over there, but she notices a pattern among the older seeming prisoners over there. While the Vanguarde amping up its efforts to free Citizen Rousseau, another group emerges in the aftermath of that attempt, with a similar revolutionary streak. Some of main characters, meanwhile, have to escape the planet to find the nefarious plans the General has in store.

There’s a lot that can’t be discussed in this review because of spoilers, but I gotta say, I loved that we got to see outside of Laterre in this book, and how things work on other planets. The introduction of three new major characters to be a part of the team infused it with new energy, especially the sparkling personality of self-claimed ‘criminal mastermind’ Gabriel, who just screams ‘we are all gonna die’ at every minor inconvenience, and self-claimed ‘sympathizer’ Cerise, who just wants to punch him at every instance, but you can definitely see their relationship developing in between the bickering. Etienne was also a treat, but his home especially is a symbol of hope for Chatine, who never knew such a loving society could exist where people do things for each other out of love and community. The twists and reveals in this sequel were not all surprising, since some of them had nicely placed foreshadowing at various points, so it was also fun to unravel some mysteries of the plot. It also made the long length of this book worth it, which at 690 pages, could have felt tiring but instead just allowed for more development between characters, character storylines and the world-building.

Overall, it is a fantastic sequel, with an action-packed plot and the addition of new characters to love!

Received an advance reader copy in exchange for a fair review from Simon Pulse, via Netgalley.

E. Latimer is a fantasy writer from Victoria, BC. Her middle grade novel, The Strange and Deadly Portraits of Bryony Gray was published by Tundra Books, and was recently nominated for the Red Maple Fiction Award.
In her spare time, she writes books, makes silly vlogs with the Word Nerds about writing, and reads excessively.
Her latest novel, Witches of Ash and Ruin, will be released Spring/Summer 2020 from Little, Brown Books for Young Readers

Joanne Rendell is the author of four novels and holds a PhD in English Literature. She teaches fiction writing to teens and kids, as well as online writing classes at Udemy.com and Lynda.com. Joanne is a board member for the youth Shakespeare company, New Genesis Productions. With her husband and son, she divides her time between New York City and New Paltz, New York.

YA on my Mind – Review