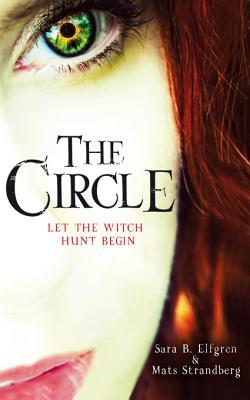 The Circle by Sara b Elfgren & Mats Strandberg

On a night after the apparent suicide of high school student Elias Malmgren, a blood-red moon fills the night sky. Minoo wakes up outside her house, still in her pajamas, and is drawn by an invisible force to an abandoned theme park on the outskirts of town. Soon five of her classmates–Vanessa, Linnea, Anna-Karin, Rebecka and Ida–arrive, compelled the same force. A mystical being takes over Ida’s body and tells them they are fated to fight an ancient evil that is hunting them. The park is a safe haven; the school, a place of danger. The six are wildly different and definitely not friends…but they are the Chosen Ones.

As the weeks pass, each girl discovers she has a unique magical ability. They begin exploring their powers, but they are not all firmly committed to their mission–to discover the truth about Elias’s death. Then a horrible tragedy strikes within the circle. Newly determined to fight the evil forces, they begin to learn magic from The Book of Patterns, an ancient work with a will of its own that reveals different things to different witches.

In this gripping first installment of the Engelsfors Trilogy, a parallel world emerges in which teenage dreams, insanely annoying parents, bullying, revenge, and love collide with flirtation, dangerous forces, and ancient magic. An international sensation with rights sold in 24 countries, The Circle is razor-sharp and remarkable from start to finish.

Emilie des Marais is more at home holding scalpels than embroidery needles and is desperate to escape her noble roots to serve her country as a physician. But society dictates a noble lady cannot perform such gruesome work.

Annette Boucher, overlooked and overworked by her family, wants more from life than her humble beginnings and is desperate to be trained in magic. So when a strange noble girl offers Annette the chance of a lifetime, she accepts.

Emilie and Annette swap lives—Annette attends finishing school as a noble lady to be trained in the ways of divination, while Emilie enrolls to be a physician’s assistant, using her natural magical talent to save lives.

But when their nation instigates a frivolous war, Emilie and Annette must work together to help the rebellion end a war that is based on lies. 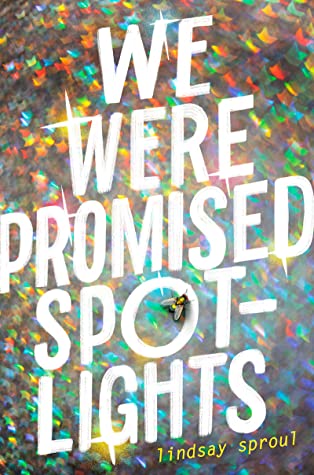 We Were Promised Spotlights by Lindsay Sproul

The Miseducation of Cameron Post meets Everything Leads to You in this queer young adult novel.

Taylor Garland’s good looks have earned her the admiration of everyone in her small town. She’s homecoming queen, the life of every party, and she’s on every boy’s most-wanted list.

People think Taylor is living the dream, and assume she’ll stay in town and have kids with the homecoming king–maybe even be a dental hygienist if she’s super ambitious. But Taylor is actually desperate to leave home, and she hates the smell of dentists’ offices. Also? She’s completely in love with her best friend, Susan.

Senior year is almost over, and everything seems perfect. Now Taylor just has to figure out how to throw it all away.

Lindsay Sproul’s debut is full of compelling introspection and painfully honest commentary on what it’s like to be harnessed to a destiny you never wanted.