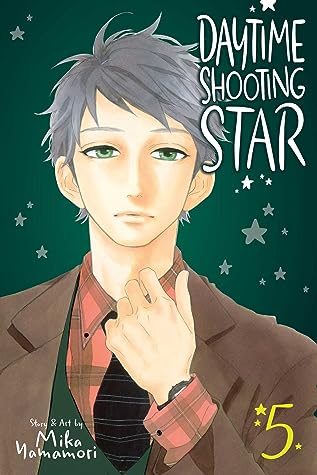 Suzume has moved to Tokyo and is living with her uncle. Although Mr. Shishio seemed interested in her, he suddenly turns cold and acts threatening toward Mamura. Suzume tries to avoid Mr. Shishio, but he blurts out his true feelings for her…

It’s time for the school festival, which means a break from regular activities and people seeing each other in meet-cute scenarios. Suzume and her class are doing a maid & butler cafe so there are cute outfits galore, and Nekota is doing the school play which means she looks gorgeous as Juliet, and she wants to confess her feelings to Mamura, and there is this upperclassman who is also into her, so it is like a season of crushes going on.

Look, I know this was coming, but you can’t blame me for cringing because we are heading into YIKES territory. Suzume is trying to get over Shishio, but now she is getting mixed signals from him and while she tries to tell herself that maybe he is just kind to all students, he just has to tell her that he also likes spending time with her, further pulling her into this mess. Mamura is hostile to Suzume (which she doesn’t deserve) and Shishio (which he totally deserves) and even calls him out on trying to seduce a high school student, which the latter gives a puzzling reply to. Like, Shishio knows it is wrong (he is 10 years older, and she is a naive 15 year old unexperienced in love, for chrissake! And instead of staying away, he engineers scenarios in which he can be near her. I mean, even if he is a man-child who relates well to teens and finds her company in which he can be his true self, it is still skeevy. I don’t care if I would have found it cute if he was also a high school student (which was what he was initially supposed to be, as per an author’s note in a previous volume) – just the power differential between them has me going: “STEP AWAY FROM THE UNDERAGE GIRL!”; and never mind the fact that anyone who comes across them (her uncles, her friends) think they are just interacting normally.

The other part of this volume is an unrelated short story manga about a ‘refined’ underclassman confessing his feelings for an ‘unrefined’ upperclassman girl, and she initially refuses but soon comes to like him. I was just weirded out by the fixation on skin color (she is darker-skinned, despite no tone being added, while he is light-skinned) so I am just like how is that the basis for a story?